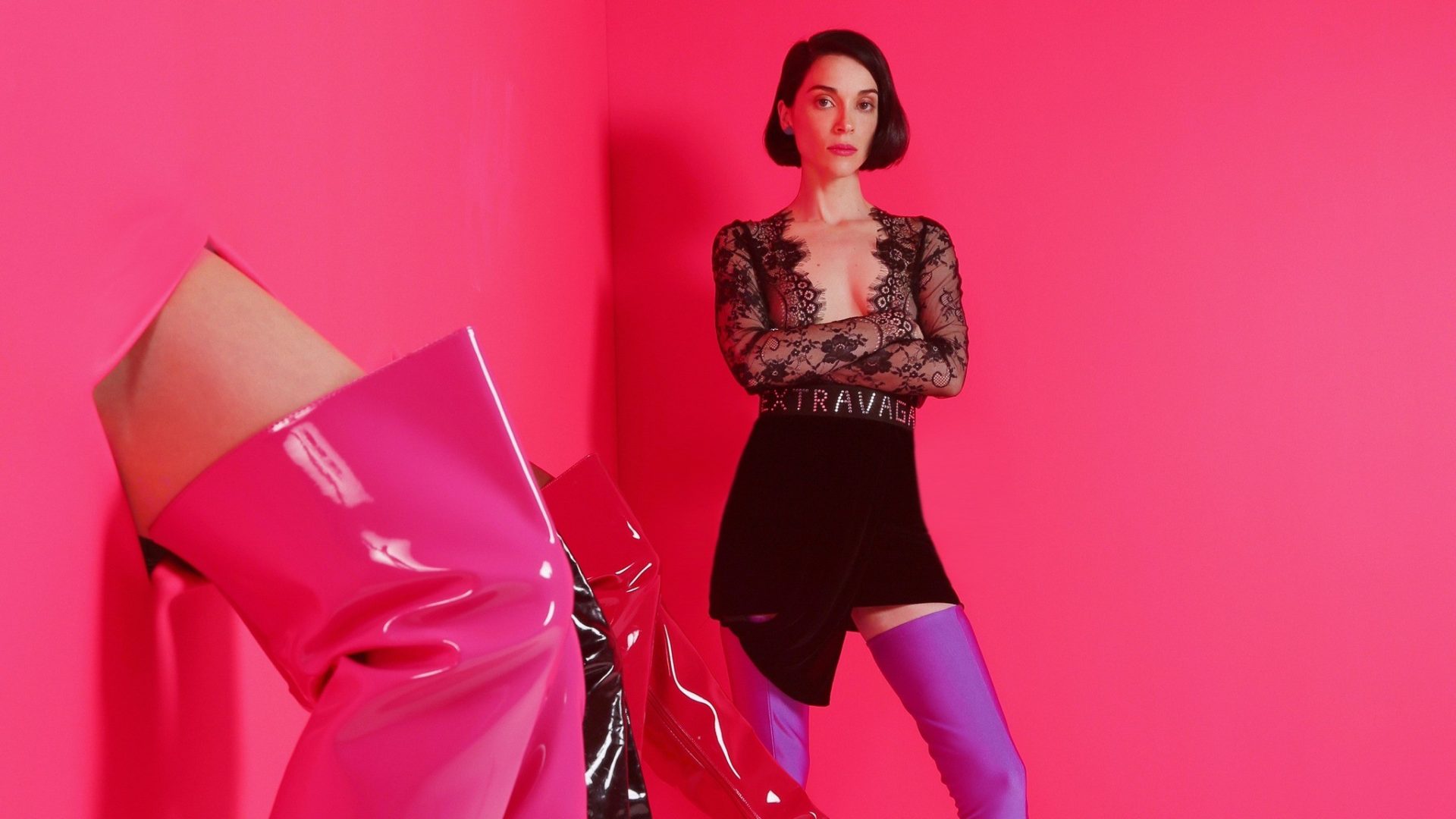 If you’ve ever considered going to a St. Vincent concert, do it, buy the tickets now and go. You’ll be greeted with one of the most cinematic shows you’ll ever see. Formally known as Annie Clark, St. Vincent is a musical genius with stunning artistic concepts. From her killer costumes, to her futuristic and feminine aesthetic, you’ll be sucked into every aspect of the show, you may even develop a new affinity for latex and stilettos.

As if Vincent’s performance wasn’t perfect enough, her opening act consists of her aunt and uncle, Tuck and Patti. When the curtains pulled back to reveal them both dressed in dazzling white, the crowd was immediately immersed in what my friend described as “reinvigorated nostalgia”. They both doted on Annie and told the crowd that just as they were her aunt and uncle, they could be ours as well. The crowd went wild for Patti’s soothing voice and Tuck’s guitar solos.Together, the duo brought the crowd closer with reminders to be kind and welcoming to everyone, and closed out the set smiling and holding hands while the curtains closed around them.

When Vincent finally took the stage she looked like well, a saint. In her bright pink, latex bodysuit and thigh-high boots, she commanded the spotlight during “Marry Me”. With the setlist split into two sections, Vincent first revisited her past hits like “Cruel”, “Cheerleader”, and “Digital Witness”, where she reminded us that even with the world in the state that it is, “there’s always something to dance about”. She switched through a colorful selection of her self-designed guitars and danced under arrays of strobe lights before closing out the first half to “Birth in Reverse”.

When she emerged again she stood center stage on a raised platform, clad in a silver mini dress with a mint necklace and detached sleeves. For this half of the setlist, she played her new album ,Masseduction, and was accompanied by stylized video clips for each song. With shouts to “the boys, the girls, and all nonconforming genders”, Vincent broke into “Sugarboy” before sliding into the opening guitar riff for “Los Ageless” and sending the crowd into a frenzy of cheers and applause. “Savior” was steeped in sex appeal and and after,Vincent took the time to tell the crowd how truly happy she was to be in Austin, telling us some her wild memories here before asking us to clap along to the beat of “New York”, a crowd favorite. With everyone crooning the words “it’s not the end” from “Smoking Section” the concert came to a close, leaving everyone in a vinyl, pop-art haze, and looking forward to Vincent’s next visit.