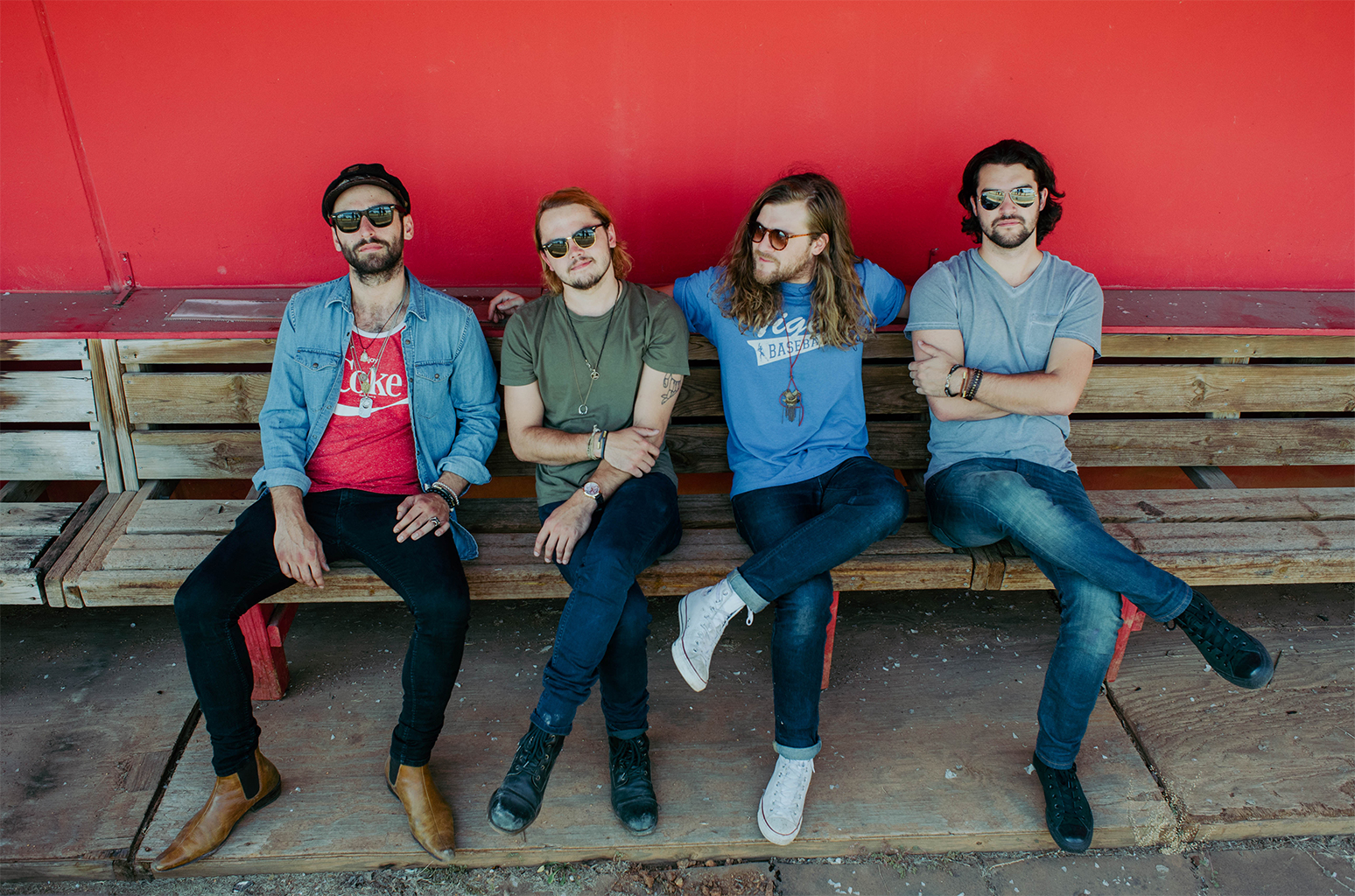 If Jimmy Fallon’s a fan of your work, then you know you’re special. And honestly, after listening to Future Thieves’ single, “Sucker” I thought this, too. Future Thieves includes the talents of Elliot Collett (vocals and guitar), Austin McCool (guitar), Nick Goss (drums), and Gianni Gibson (drums).

The Nashville-based band doesn’t have your typical country or folk sound, but for good reason. Austin tells me the group came from various backgrounds such as jazz and metal and indie pop. He says, “A lot of our friends are doing folk rock so we have a lot to be inspired by.”

Since appearing on Fallon’s tumblr page, he’s told me the group has gained much success. “It’s always cool to see stuff like that. It’s never normal, but we’ve had Billboard reach out to us and that’s how we know we’re going the right way,” says Austin.

Forming the band wasn’t hard, either. Austin tells me he and Nick went to grad school all the way to college together. They both worked at a country club with Elliot’s girlfriend. Since Elliot’s band had broken up, it seemed like an easy move. Gianni was a friend from Elliot he met once in Los Angeles, and thus, the band was formed.

Austin assures me there’s much to come for the band later in the year. After SXSW the guys went to El Paso to record 10 songs and he tells me the album is very close to finishing. The group plans to perfect the music soon before announcing any tour dates.

He credits much of the band’s success to their circle. Austin says, “Build a team and rely on people who are part of the machine.”

Austin tells me their recent success is just the cherry on top so while you’re anxiously waiting for their new music, check out the video for “Sucker” here.