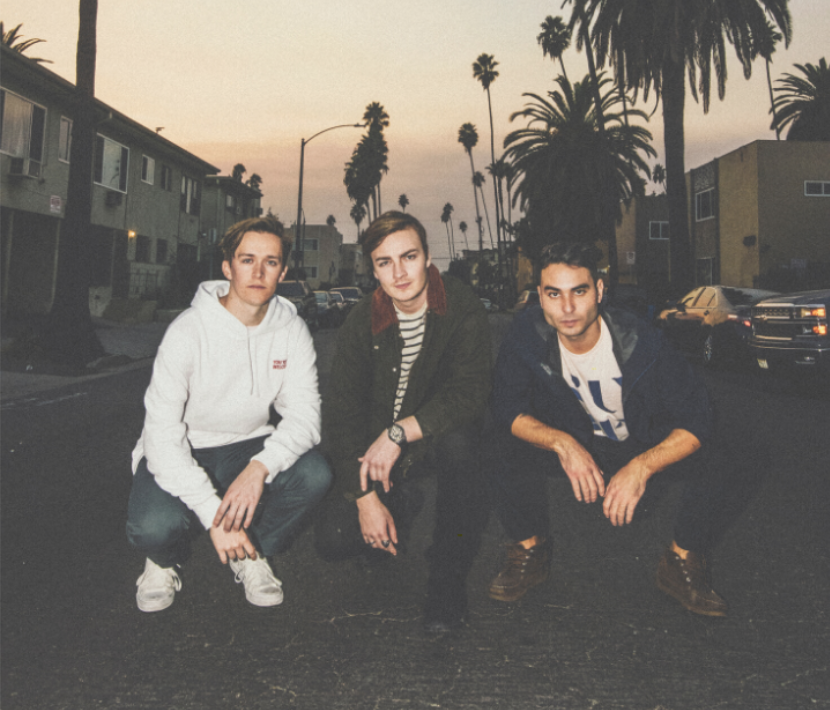 Kyle Tonoli, Trevor Klaiman, Linus Altman-Kurosaki make up the EDM band, yes I said band, TELYKast. From our first meeting, I already knew this group wasn’t your typical EDM artist. The Los Angeles-based trio is not only unique in the sense they play their own instruments and perform their own songs, but everything about them is curated to their personalities and what you see is exactly what you get. They’re authentic and spent time to create their persona. It was so cool to see their chemistry over Zoom and I hope you enjoy them as much as I did.

So great to meet all of you! How did you guys meet and form as a group?

Kyle: I can take that! Linus & I moved to LA 6 years ago and attended ICON Collective (College of Music). He was a diver and I was on pace to play hockey, but we both had injuries that caused us to opt out of sports and we both were interested in music so decided to pursue that passion instead. We were filling out questionnaires for the program we were in, actually matched and connected since day one. After finishing school, Linus met Trevor at a studio in the valley.

Trevor: I met Linus at the studio when he was looking for another producer. We hit it off and since the first project we did together went really well, we kept going.

Kyle: Yeah, It’s been important to us that if we were to push the boundaries, we wanted to do it together as a band.

Linus: Trevor and I come from band backgrounds so this fit very well for the vision we had for TELYKast.

Tell me the meaning behind your band name?

Kyle: Before moving to LA, I wrote down a bunch of names and Telyk is Kyle T backwards and I added “kast” as a play off the word “broadcast.” Not to mention Fender has the Telecaster electric guitar line! Our band is called the TELYcrew. It’s all a play off various words of that sort as our inspiration.

Did any of you expect “Daylight” to take off as fast as it did?

Trevor: So I produced the song “Take Your Man” which was already pretty big on TikTok. We saw that take off and we knew something to it. We didn’t create “Daylight” specifically for TikTok, but we wanted to try to blow something up. We kind of put it out so quick because we wanted to see it take off.

Kyle: Yeah, it’s interesting because so many people in our space are so anti-TikTok. They think it’s a younger demographic. But I think it’s great!

Trevor: But we love it. We’re into it. We love it.

What do y’all think sets you apart from the rest of the artists in the EDM space?

Linus: We’re a band. We’ve been cultivating this sound and vision and executed a line of show for five or six years and it’s only been recently that we see instruments being used in EDM shows. Nobody is doing what we’re doing. We are an actual band and we are not going to bring on someone to feature to play an instrument we can’t play. You’re going to know who we are as a band and get to know us and what we do together. I want to make a point to say we aren’t creating something that hasn’t been done before, we’re just combining things that already exist.

How has quarantine influenced how you’re creating music?

Linus: If anything, this has brought us together. Since we’re only allowed to see each other, it’s made working on projects easier!

Trevor: Yeah, I’ll agree! This lined up perfectly with our label signing. We’ve been making such good music so it’s been awesome!