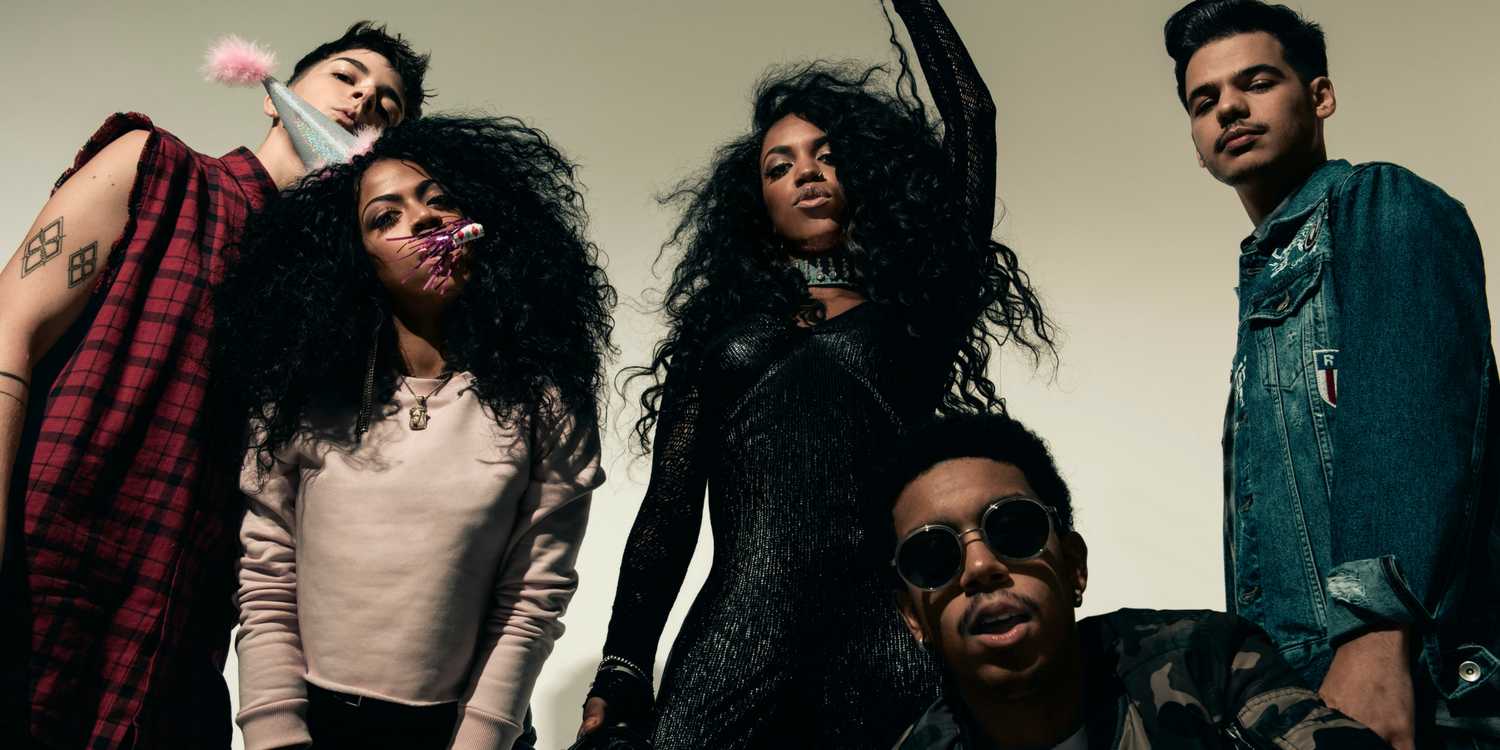 If you haven’t gotten a chance to see Brooklyn-based band, The Skins, live you’re truly missing out. The group is made up of siblings Bayli (singer), Kaya (bassist) and Reef (drummer) McKeithan, along with guitarist friends Daisy Spencer and Russell Chell. All are graduates of the School of Rock and have been together since 2011.

Daisy tells me the group just clicked. She tells me the band kind of snuck up them since playing through their after school program. “Jamming turned into writing, writing turned into booking our own shows, and so on.” After living and learning together throughout the years, the chemistry became instant.

She says, “We didn’t get here overnight, we worked very hard to get here and will continue to work hard together. The process of getting here brought us even closer together than we already were from the jump.”

Their sound as a group is a constant evolution. Bayli tells me it all depends on how they’re feeling on what they’re experiencing. She says, “I love that we’re versatile and constantly changing because it shows our growth as songwriters and musicians.”

“Finding a sound that all five of us were happy with was not and is still not the easiest thing in the world, but the finished result is always something so magical and we hope, distinct.” She says, “Melding five different minds into one thing is always going to a challenge and we’re ready to keep taking it on.”

Daisy follows up and tells me the group spent so much time in the studio and were always so close to getting what they wanted, but not entirely satisfied. She emphasizes that, “It was naturally frustrating, but we wrote so much over our vital years of development that it only amplified our skills as a band.”

The group is unlike anything I’ve heard. Think a mix of Janelle Monáe with an influence from Led Zeppelin. A versatile and wonderful combination – just trust me… Daisy tells me the group is so proud of what they’ve made out of their EP, Still Sleep. She and Russell assure me that they will indeed be expecting new music sooner rather than later this year.

Since playing together in 2011 and being linked to Entourage’s own Adrian Grenier, the band has literally grown up in the spotlight. However, Kaya tells me this hasn’t been an issue for her. “I always stay true to myself and remember to be humble.” “Some people do not think that I have to limit my options and not really say what I feel because I have a following, but I don’t listen to that. Self expression is the only thing I have.”

Russ says he didn’t quite feel like he was in the spotlight – being a musician just felt normal for him. They both advise younger musicians to stay focused. Kaya follows up by saying that it’s okay to have a kid in you. She says, “Work hard but enjoy the journey of being young.”

If you have yet to see the group perform, here’s what to expect from someone who’s lived it. Lots of fierce sound and music. “Expect an explosion of badassery,” Daisy tells me. Reef says the shows are complete with a lot of dancing and high energy. “I can say that The Skins live is a full-blown party. Super high energy the whole show through,” says Bayli.

“We pride ourselves in being in our freezer form on stage and we encourage the crowds to be free and dance and to completely let loose.”

The group performed at multiple showcases this past week at SXSW, but until they’re on the road again, check out their song “Bury Me” with a collaboration with D.R.A.M.