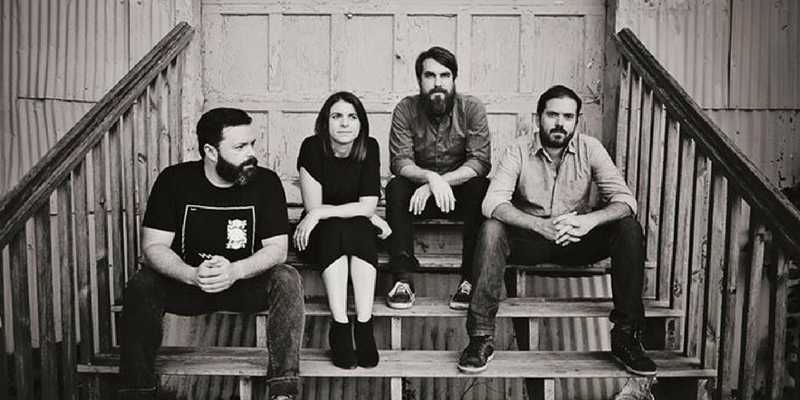 Niamh is amazing. I’m being completely objective here. She’s not only a well-renowned studio musician but during this interview I learned she also started her own recording business and has her masters in music therapy. She’s traveled the world touring and she’s made so many bold choices that I can’t help but admire.

Her mom was a musician. She played the piano, but she wanted Niamh to be able to travel. Thats how she decided on the violin. She says, “She thought it was an instrument I would put on my back and go anywhere in the world.”

Niamh started on the Suzuki method but as she got older she worked with Irish folk music. She went to college for music where she focused on classical music and learned how strings can be used in pop music. However, she had a change of heart during school. She went into Music Public Relations, a skill that she says helps her so much now. She still played on the side, but put her attention on working with music promotions in Ireland, until her friend asked her to join his tour of the States.

She says, “I liked the job but at the same time it would be a great experience and I was only 22, and I sort of said ‘why not’ so I got a sabbatical from my job. When I came back they offered me another tour in the summer and at that point I fell in love with it and decided to go into it full-time.”

She toured for about eight years before going back to school to get her masters in music therapy in London, during that time she played as a session musician on the side. Now, in Austin, she balances her career between being a professional musician and a music therapist where she works predominately with children who have been traumatized.

Honestly, if you haven’t looked into music therapy, it’s a beautiful and fascinating subject. Niamh really demonstrates how you can make music a full-time job and not just going from session to session, she’s her own boss and she integrates music into every aspect of her life.

When she moved to Austin, she had no network, and for a session musician, having a network is everything. She got steady work, but while she was building up her contacts in Austin, she started a remote string recording business, she can record strings for anyone, anywhere.

She says, “I had done a lot of sessions in London and I wanted to keep those connections and relationships going and we had a studio here. I set up a business where I can record strings for anyone, anywhere in the world. That grew it’s own little world while I was building up connections.”

Niamh has made a career out of music in a multi-faceted way. She does music therapy, she’s a professional musician and she has her own business doing remote recording.

She says, You can forge either career in any way you can. If you’re artistic you don’t have to get a 9-5 job. You now can have all these multi-faceted jobs. It’s hard work and it takes a while to feel comfortable and you still doubt yourself. That never goes away. But you learn how to deal with that and remind yourself that I’ve made it this far, keep growing and keep pushing forward. You never stop learning, you never stop growing, you never stop developing whatever you’re doing.”

However, even with her drive and creativity Niamh says the industry still has it’s setbacks. She talks about how growing up the majority of string players were female but then it sort of trickles off. She emphasizes that she can only speak from her experience, but she thinks women doubt themselves more.

She would say to herself: “Am I good enough, am I able to do this, can I sell this if I’m not completely sure that I’m good enough.” Then she explains, “As I got older, I realized you’re doing this for you and if you really want this you can do this and don’t tell anyone that I can’t.”

Her best solution to this problem is simple. She says “I think girls need to know that they are allowed and able to do everything that they want.” When I ask her what her best piece of advice is for young women, she pauses and says, “Don’t ever let someone tell you that you can’t do something. I had a teacher who told me that in a performance. I had this great idea of mixing classical music with jazz and irish folk music and she said no you can’t do that. All I heard was ‘you won’t’ and ‘you can’t.’ If you have ideas pursue them. Music is your own experience regardless of what you do with your career. That’s all your own experience and no one else knows it. You have to believe that you can do it and you’re good enough.”

Visit her site if you need strings recorded! She is such a gem and a phenomenal musical: www.stringpress.com