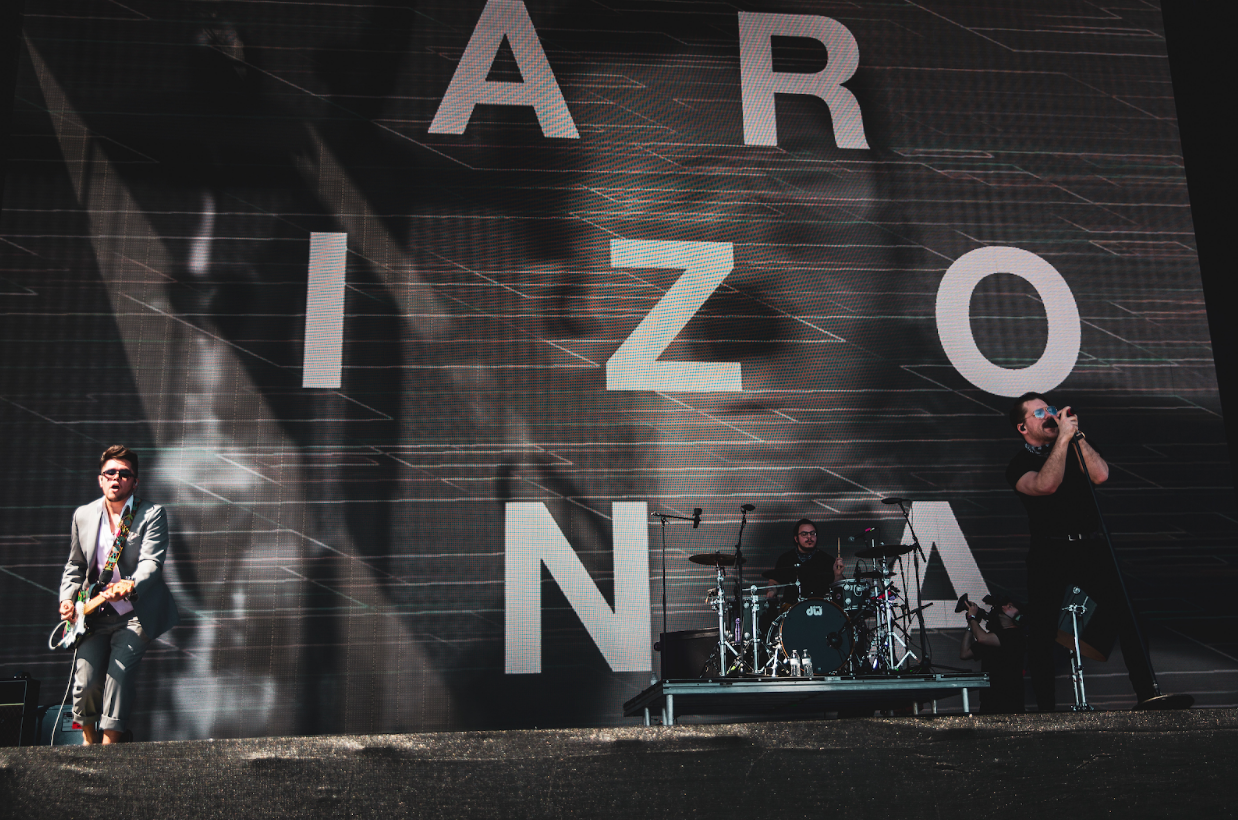 I adore A R I Z O N A. I discovered the group when they popped up on my Discover Weekly on Spotify and I was so excited to get to talk to them at Coachella. We talked about their festival gigs and their tour coming up this summer.

This is your debut at the festival. Tell me about the experience so far.

Nate: It’s been so great so far. And I smashed a guitar on stage!

Zach: Yeah, I had no idea. I was just finishing a song and then I saw the knob and metal in front of me! Hahaha

Favorite acts of the festival?

A festival set somewhat differs from a normal tour. Do you prep differently?

David: From a production standpoint it’s mirrored but visually it can be a bit different.

Zach: Performance wise it is different - you give the same amount of yourself, but you have to play to the strength of the crowd. And for solo shows you have more time to prepare, but as far as festivals because you are crunched for time as far as stage set up.

Tell me about what’s next in regards to new music.

We released 3 singles and Find Someone is the most recent, but Freaking Out was probably our biggest leading up to the album release. I think the singles describe the environment of the album and we took our time to create it.

Can you explain creating this album and the process behind it?

We wanted to go back to our roots of being friends because that’s why we became a band from being just friends. We think this album deals with a lot of self acceptance. Playlists are huge for us and this one we created for the album was a lot of 80s style. The energy was different and we wanted to showcase that in our music. These guys in these bands were just our age and didn’t care. They just made cool music that was edgy and sexy.

Their new album is set to drop this year and you can catch them on their own headlining tour at a city near you.