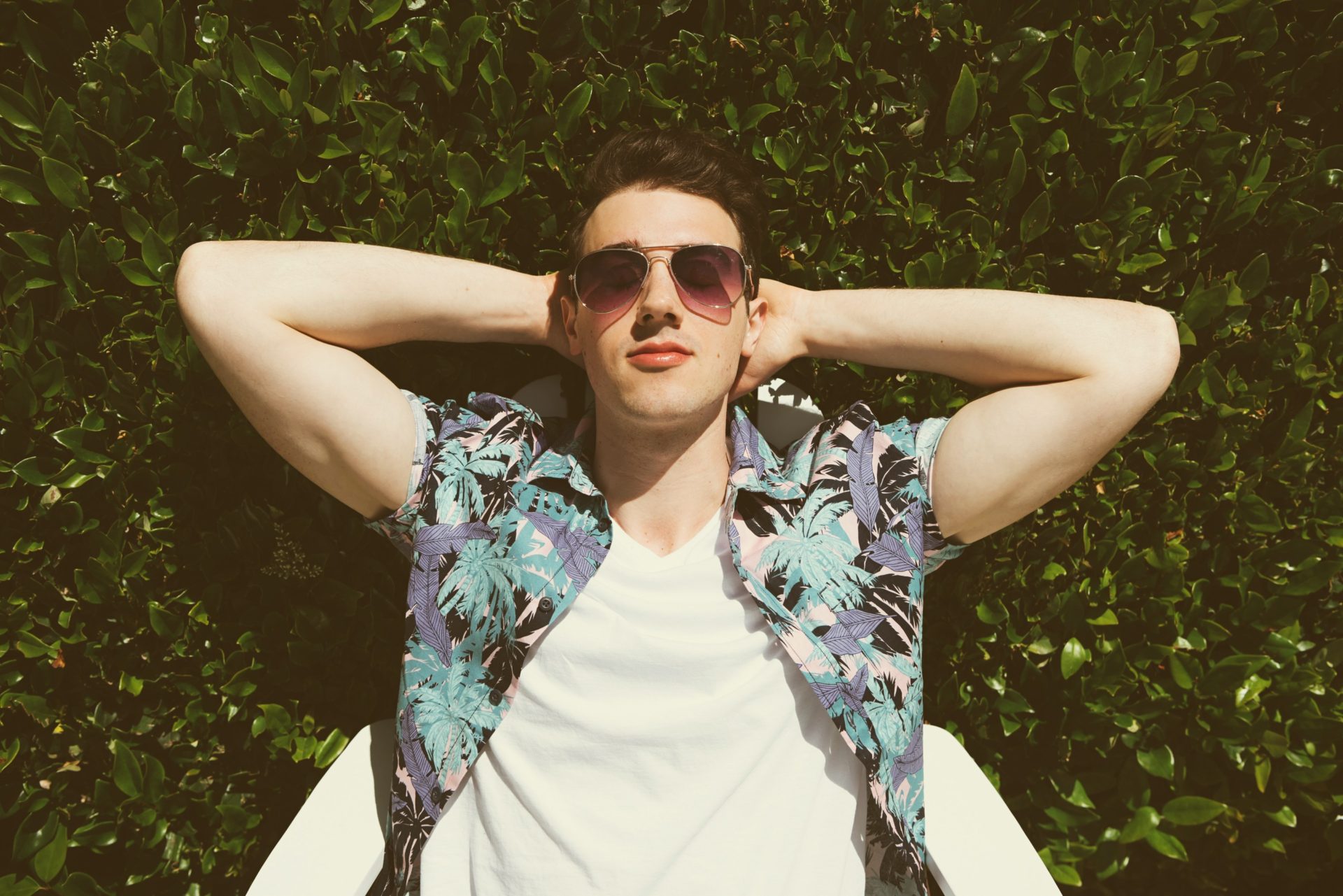 I was instantly hooked on Zyles after listening to his song "Sundresses" the song is shimmering pop at its finest and is perfect for those late summer hangs. We chatted with Zyles about his latest inspirations.

Zyles: I was lucky enough to have exposure to virtually every type of music up close growing up in Manhattan. Field trips to Carnegie Hall in elementary school, family visits to musicals on Broadway. My first concert was Cream’s reunion tour show at Madison Square Garden. My dad often took me to see Wynton Marsalis’ big band at Jazz at Lincoln Center.  And I played piano and some other instruments since I was very young. But the fire started around 12 or 13 when I picked up the guitar for the first time. Songwriting opened up for me.  Rock, jazz, and blues opened up for me. Music became my form of expression.

Tell me about your song Sundresses, what’s the story behind it?

Zyles: A summer ago I had an opportunity to spend many weekends in Wine Country, only about an hour north of where I live in San Francisco.  There was a particular vacation mindset that struck me, where not only were visitors there for a weekend off, but there was usually a special occasion involved -- weddings, milestone birthdays. These converging groups were often from metropolises all around the country, on the opposite side of young adulthood, but shared a cosmopolitan experience. Sundresses portrays some romantic fantasies of these vacationers. Some of the attraction is traditionally sexy: “Bikini for the hot tub, nothing when she exits”, and some of it is more about shared class and stage of life, “you might make more depending on the year, my dear”.

Zyles: Finding the right tone for this project has been an experience. Writing a song is starting with a blank canvas. But to create an artist project with a consistent tone is no small feat. It can be insincere, too ironic, too cerebral, too generic, and even too vulnerable.  I’ve written and recorded all of those bad songs. Arriving at the Zyles sound is something incredibly fulfilling, and I’m excited to promote “Sundresses” and release more music in the near future.

What was the moment where you really thought you were doing something right?

Zyles: I have a friend who has listened to “Sundresses” many times now. He says, “the first listen was because we’re friends, every subsequent listen is because I love it.”  We’re not so close that I expected any sort of unconditional support from him. It was a meaningful moment.

Zyles: I tend to dig in to literature when I’m searching for inspiration. Sometimes it’s with the intention of writing a song, and sometimes it’s just for the joy of it. Finding writers who speak languages other than English, or whose work is translated into English I often find particularly beautiful because their choice of words is quite striking. I recently read fiction by Mohsin Hamid that I enjoyed, and I’ve been slowly working my way through Proust -- he’s not for the impatient among us.

Zyles: When I was in school, I took a class at the D.School at Stanford, which is an interdisciplinary school of design. The classes sought to bring together a diverse set of thinkers -- artists, engineers, lawyers etc -- to solve a single problem in a novel way.  They were trying to facilitate innovation. They imagined people as T’s. Shallow knowledge across the spectrum, but deep knowledge in one area. I think it applies to music too. If you’re serious about music, you should have a clue about all the genres, theory, arranging, production, songwriting, some various instruments. But find what you love and feel free to just become an expert in that.