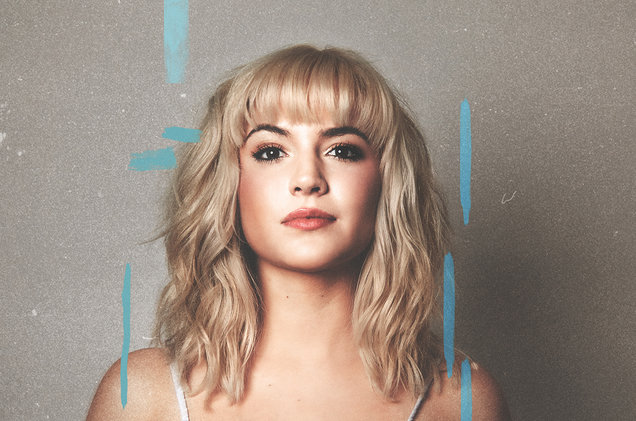 I’ll be honest, I listen to a lot of songs. I feel like it can be easy to be jaded by music and say everything sounds the same, but I’m being completely honest when I say I cannot stop listening to Felicity’s song “Pilot with a Fear of Heights.” The title caught my attention and the chorus quickly became stuck in my head. I listened to it on loop all day.

“Music was the only thing I really cared about. And then, in kind of elementary school, I started with choir, dropped violin because physically, it's just not a good look,” she laughs, “To be doing violin and singing at the same time. I picked up piano a little bit. And then, just all throughout my childhood was very like-- just gravitated towards anything musical.”

She started writing her own songs when she was 16. Felicity had an international upbringing, living in South Africa and then coming to the United States and spending time in Colorado. She would also travel to New York to write songs and work on her music. When she graduated she started doing music full time.

Her songwriting is very personal. She says, “I'm always inspired by things that have happened to me in my life. I don't think I've ever written a song about anything that hasn't been completely personal to me. And it has to be like a very deep emotion. Sometimes I'll write down a concept. For example, like ‘Pilot with a Fear of Heights’ is a concept before it was a song.”

The song is catchy as hell but the concept has a deeper meaning. She explains, “So I got the concept on a plane funnily enough on my way to New York when I was still in high school. And I was just kind of like, ‘Pilot with a fear of heights.’ Like, that's cool. And at the same time, I was like starting to talk to this guy that I knew was bad for me. And all my friends were like, ‘Don't be with him.’ But I knew I was going to be with him. So to me, 'Pilot with a Fear of Heights' is the fear of destiny. It's fear of fulfilling your destiny. So a pilot is scared of flying but that's impossible because it's what they're meant to do. And like, I was scared to be with him because I knew the downfall that would happen anyway because it was ultimately my destiny.”

Felicity has been working hard in the music world but she still struggles with trusting her intuition. Since she started in the industry so young she struggled with people taking her seriously.

She explains, “I think when I was 17 and like first started meeting people in music, I was like, ‘Oh. Maybe they are right. Maybe like I'm wrong. I guess I shouldn't say this.’ But I think over the last couple years, I've really taught myself to be like, ‘No. It's about you. You need to be a mouthpiece for yourself and what you believe in.’ And I still question myself every single day, like, ‘Hmm. Is that the right thing? Am I saying the right thing?’ But afterwards, I remind myself, ‘You're not saying anything you wouldn't say because this is about yourself at the end of the day and making a connection with friends and having a conversation about what you're going through together.’ So I think it's just about learning to trust myself. And that's been difficult.”

Trusting that intuition is extremely hard but she pulls through and stands up for her art. Especially as a young woman, you have to be so sure of yourself and ready to fight for what you believe is right.

Felicity says, “Honestly, you walk into a room. And people don't really expect much, like, ‘Oh, young singer pop girl. That's cool. And so I'm not going to hear anything I haven't heard before.’ And to me, I have to prove myself, and explain my vision, and come in confidently, and try and take control of the room.”

That confidence is key and she knows it, but I swear, her music speaks for itself. For any other young artists, Felicity says her best advice is to maintain that confidence. She says, “Just put your shoulders back and walk into a room like you're fucking in charge, and be confident, and trust your gut because it pays off. Be smart. Yeah. Be smart. Trust your gut. Be confident. And stand up for what you believe in because at the end of the day, it's your life and nobody else's. And nobody cares about what you missed out on. They care about themselves. It's going to be on your back and nobody else's.”