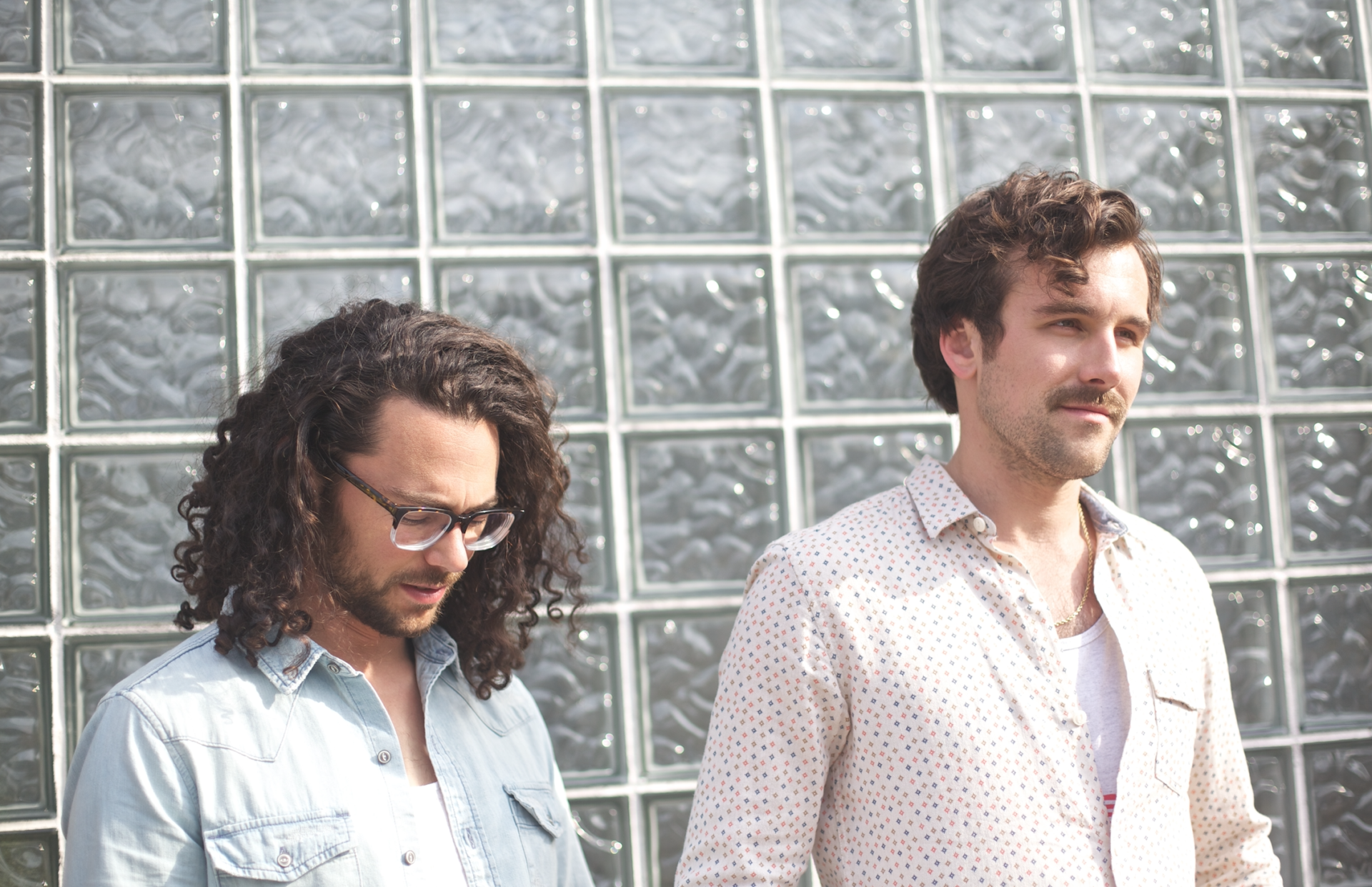 There are few bands that can instantaneously feel accessible and lush with their soundscape, but Tall Heights delivers in a way that will stop even the most casual of listeners in their tracks. Folk is a genre that some people use only for background music. However, their most recent album Neptune commands attention with the combination of soothing strings, thoughtful lyrics and electronic elements which brings the genre into the twenty-first century.

Tall Heights is comprised of guitarist Tim Harrington, cellist Paul Wright and features percussionist Paul Dumas during their current tour opening for Ben Folds. Their beginning was humble: the two string players met in grade school, sang together in high school, and kept in touch past their college days.

Together they began busking on the streets in Boston, and Tim reminisced about those early days. He says, “We learned a lot about ourselves and how we could put on an effective performance… people were constantly walking by, it was a river of people. Initially people didn’t stop a ton. We would rope them in with a cover song and try to sell a few CDs, but in the big picture we learned how to make music in an uncontrolled environment that was compelling.”

It didn’t take long until a couple of people stopped and sat to listen which “snowballed into a concert of 100- 300 people.” Amazingly, within just a few months their work was enough to bring in enough money not only for survival but to fund their first EP Rafters.

After listening to their newest album Neptune it’s not much of a surprise that so many strangers were drawn to their initial acoustic sound. I was instantly fascinated by their lyrics and wanted to know about the chorus in the song “Growing”: Oh, I’m sitting there/I’m certain everything I know is a lie.

It struck me as an existential statement, but Tim clarified that the song was about the mass incarceration of minorities. He explains, “I initially imagined a man sitting in a tiny cell with a tiny little window. There are a lot of things we really care about… but we are averse to cramming it down your throat. “

Paul jumped in, “To me there are 2 things that are happening. Either you’re aware of what’s happening and you’re outraged, or you’re apathetic and actively promoting ignorance… I have trouble viewing these things as political. I’m annoyed that they’re political. Incarcerating a certain group of our society at extremely high rates and then punishing them in much more severe ways doesn’t feel political to me, it’s a human rights issue.” I can see him light up and speak faster. Suddenly the quiet men in front of me have a totally new energy. It’s clear that the pair have researched and care about deeply about the subject.

His tone shifts to exasperation and disappointment, “Unfortunately, in this country, it comes across as politics. But it’s fucking right versus wrong. Of course, I can already hear the other side of that where it’s these northern elitists thinking they know what’s best…The head of our EPA in the wake of these hurricanes made massively worse by climate change saying it’s insensitive to talk about climate change right now because these people have had their lives ruined. It’s like, ‘oh how nice of you to be so sensitive by not talking about the issue’. So, whatever you know? We should move on…”

Suddenly Paul looks away, as though he’s spoken too much. I shake my head, feeling just as riled up as they are about the state of the world. I assure him that, no, it’s not whatever; it’s an essential part of art to challenge the way that people think about the world.

He sighs, still looking discouraged about the situation, “I appreciate you saying that. What we find a lot of in what we say in an interview, or really anyone who disagrees with us or our opinions…the response we get is ‘stick to music’ and we’re amazed by that. That really bothers us. We are sticking to music, ya know, because we’re talking about our songwriting…the idea that musicians should just be entertainers…when everyone knows about change makers in the form of musicians. We all worship John Lennon, Bob Dylan and Tupac. So, it’s funny that those people would worship somebody who gets out there and says what they mean and then tell a musician to stick to music is, like, mind blowing.”

Even with their frustrations with people telling them to stick to music, their lyrics remain subtle. To them it’s a stylistic choice, not because they are afraid of facing criticism. “We’re not dodging the issue when we are just trying to be more poetic about how we say something. It’s not in our bones to get out there and sing a protest song.” Paul pauses for a moment to sing a remarkable impression of Bob Dylan’s How Many Roads with a grin. “I mean I love protest songs that come out and talk about the issue on the nose, but that’s just not our style… it was important in the sixties for American culture, but now it just feels trite and contrived.”

It would be hard for an electrofolk band to avoid influence from the one of the most pivotal eras in American music, but with their newest ventures Tall Heights has found a striking balance between the old and new. Tim explained what it was like plugging in.

“It was super scary to be adding on these layers that weren’t us, as we knew it, then very liberating when we released the first songs that had electronic drum samples and keyboards other effected guitar and cello sounds. People weren’t like ‘Woooah. What are you doing?’ they’re like ‘It’s great, it’s you!’” We’re like, okay we can push a lot further. It’s a fun and challenging process… figuring out how to make them exist in the same sonic space.”

They released Neptune in 2016 produced through Sony records and they’re already hard at work touring and creating new material while they’re on the road. There’s no release date yet, but to tide fans over they’ve dropped a new single three weeks ago called “Fire Escape” which will likely be on their next record. If Tall Height’s upcoming album has anything resembling the complex emotional core of their previous work, it will be a must-have for a music lover’s collection.