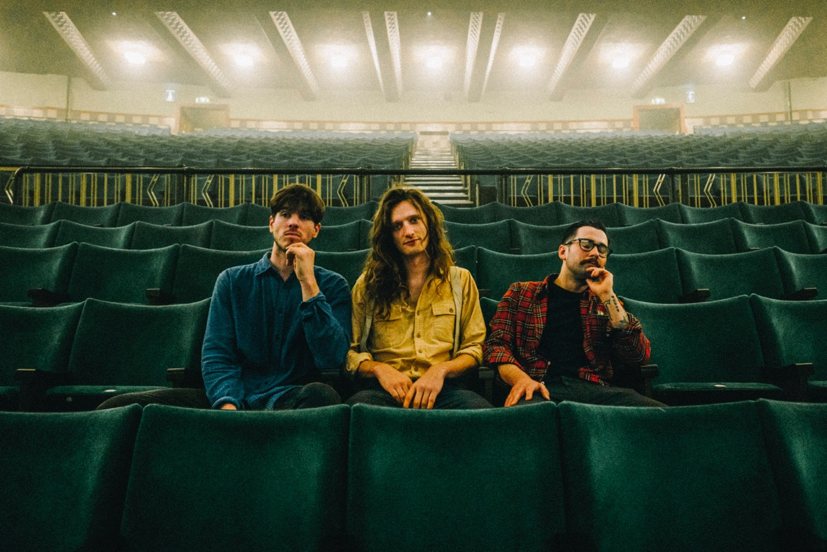 Banfi is comprised of Joe Banfi, Aaron Graham, and Chris McCuaig. Their catchy hooks are the perfect alt-pop soundtrack. They’ve traveled throughout the U.K., but it’s seriously only a matter before they make their way across the pond. I spoke to Aaron about the inspiration behind the band, their music and their bigger plans for 2018.

Aaron tells me he met Joe when they were just hanging out and working on music and realized they had more in common than they thought.

He says, “We shared a bunch of stuff we had both been working on and decided it would be a good idea to work together. We started to work how we would play the songs live and we called up my friend Chris who played bass.”

As far as the inspiration behind their name, Aaron says he and Joe were sitting around listening to band demos and he thought Joe’s last name sounded cool, and thus, Banfi was born.

“We were fortunate to play quite a few festivals this year in Manchester, Bristol and Nottingham,” says Aaron.

Their most memorable act was their set in Nottingham. “We felt so connected to our audience. They were singing our songs back to us, dancing and smiling. It was incredible,” he tells me. When writing their music, Aaron tells me the inspiration comes from so many places.

“Lyrically, Joe read a lot and writes stuff down that will come from him in everyday life – like certain situations or thing that get said,” says Aaron. “He’s reading a lot of Dickens and Hemingway right now so I’m sure that will have an influence on some of the new things he writes.”

He says their group draws inspiration from artists like The Police, Tom Waits, Peter Gabriel, and Kate Bush. “Each of these artists all have a way of creating thought-provoking, meaningful and experimental pop music.” Joe writes his songs after coming up with a riff or melody on keys or guitar and developing them to a point where he thinks it’s taking the form of a song.

Aaron says he then shares this with him and they think of how the song should go. “The songs will evolve here a little more and that’s usually what you end up hearing,” Aaron tells me. The group has large plans for next year. “We plan to release a load more music – and most are already recorded. We’re just kind of waiting for the right time to present it to the world,” says Aaron. “We thrive on playing live as a band so we’ll be headlining our own UK tour next year.