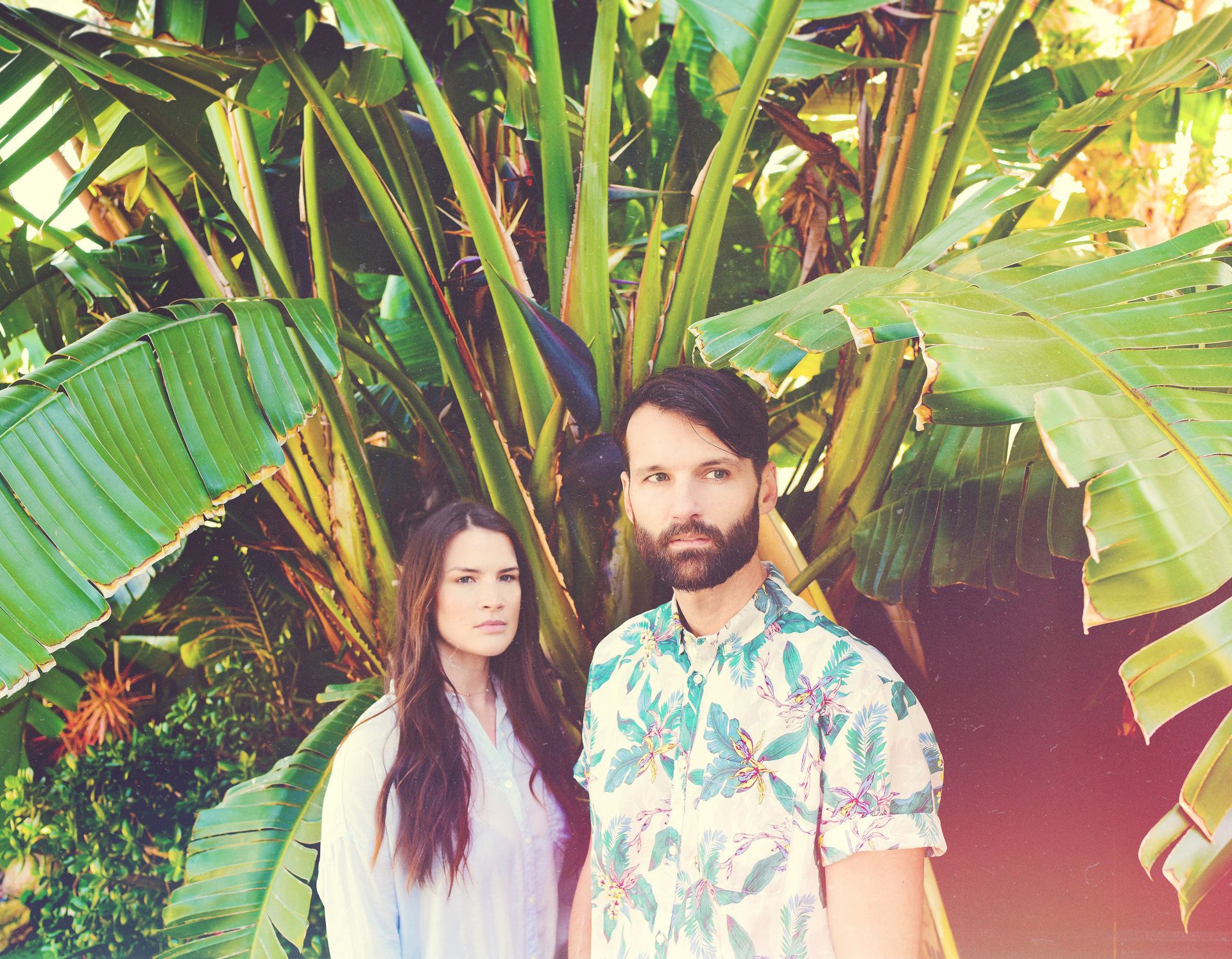 Imagine a beautiful sunny day with palm trees and shimmering pools but almost overlapped with neon. That’s how Bay Ledges sound to me. It’s summery folk with hints of glitchy guitars and electronic undertones. Bay Ledges all started when Zach first moved to Los Angeles, he was living with his sister Georgia.

Zach says, “It was just a little side project I was working on and eventually I asked Georgia to sing some parts on the tracks. The project gradually became the only thing I wanted to do. We’d get together and talk about music we were listening to and ideas for songs. It was a pretty organic process. I was just recording all the songs in my bedroom.”

The EP is comprised of the first songs Bay Ledges made. “Tween Love” is so dreamy, soft vocals and light guitar strumming mixed with a solid beat and touches of electronics. It was the first song Zach made in this style. He says, “Each song was a new step in exploring production ideas. “Mango” has a lot of variations of Georgia’s vocal throughout which was really fun to piece together. I also wanted to document the project, being that it was the beginning stages. There’s something special about these songs in the way that they aren’t perfect…they capture that point in time. I liked the idea of listeners being able to hear the project evolve so putting The EP out was capturing the project taking its first step.”

That distinctive sound came from a good deal of experimentation and, being in the early stages, it’s still constantly evolving. Being a small project, it has to be done with creativity more than man-power.

Zach explains, “A lot of it came from experimenting with the sounds available to us…vocals, guitars and some electronic drums and bass. I’d record guitar and vocal parts and then chop them up and rearrange them. It was a really fun process. That being said, I think the sound is something that’s still evolving.”

That interesting sound is what made “Safe” skyrocket on Spotify. Right now it has over 2 million listens on and it’ll only increase based on all the amazing playlists it’s on.

He adds, “I was really proud of “Safe” but had no idea it would be fortunate enough to get on to some of those big Spotify playlists…we still to this day don’t know how it got picked up over there. I would say just to make sure whatever music you’re putting out there is something you really love…I think you can hear that time and energy that’s gone into a recording.

The sun drenched vibes of Bay Ledges definitely come from LA, you can just hear it in their music. That California vibe. “It’s inspiring to be in a place where the sun is shining all the time…especially when it’s mid January,” Zach says, “LA’s filled with tons of creative people and that really helps keep you energized to make something new. It’s also been helpful to meet other artists, regardless of medium, and to talk about the creative process. I think having that dialogue with others has helped us approach Bay Ledges in new ways.”

However, even in streaming culture, where the Spotify gods can pluck your song and put it into their playlist for millions to discover it. Success doesn’t happen overnight and they know that and they’re willing to put in the work and the time to make it happen.

Zach says, “If you have fun while you’re doing it then it’s worth doing. There’s no substitute for time…meaning it’s only with time that we get better at something. I usually look at where I want to be, how good I wish I was at something and want things to happen overnight. The idea of trusting in time and effort is something I’m getting more used to in life.”

Bay Ledges are working on putting out a new EP in July and they’re super excited for the new songs. Keep following them on Spotify, Twitter, and Instagram: @bayledges