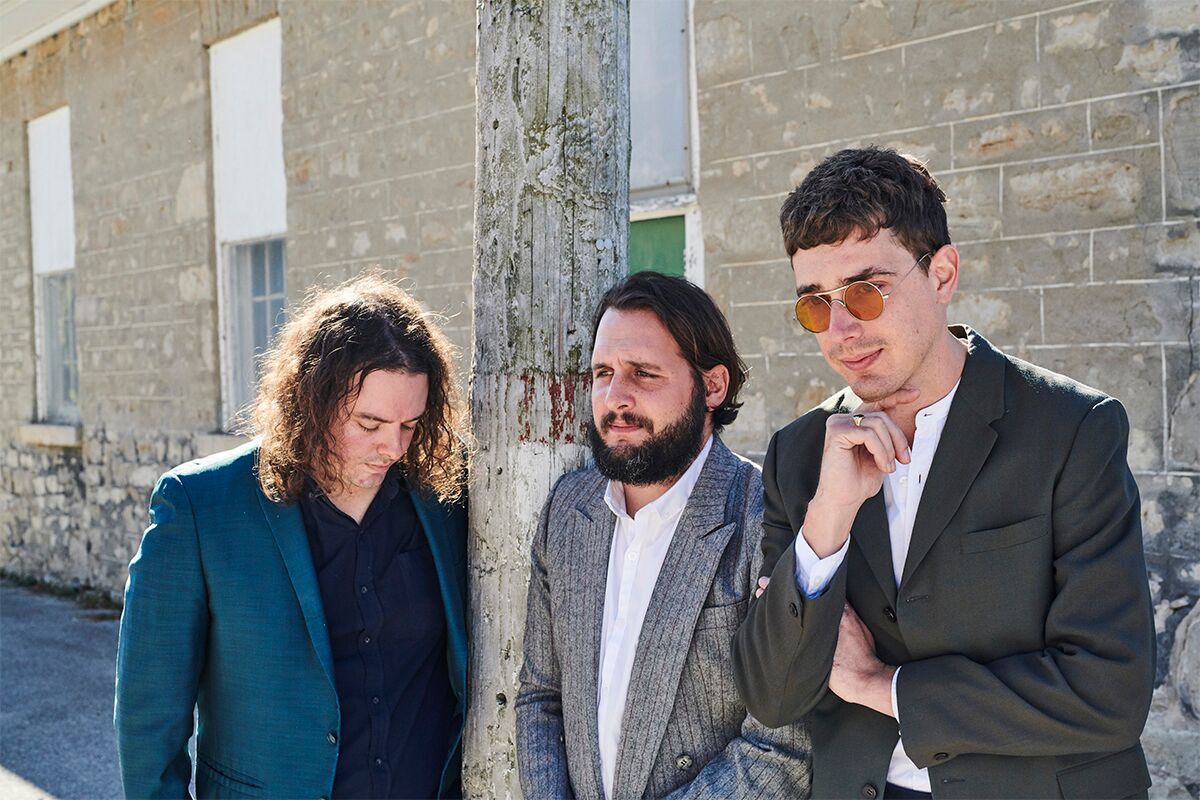 Born Ruffians are known for their energetic live-show, their sharp lyricism, and their relatability. They make songs that are down-to-earth and more casual, but they have this undeniable chemistry. Luke Lalonde and Mitch Derosier are cousins and Steve Hamelin met them in high school. He says, “Luke and I had both seen the Strokes on Saturday Night Live and we decided we wanted to do that too.”

Take their song “Miss You,” the single off their latest album Uncle, Duke & The Chief. Luke Lalonde explains the story, “I found this old voice memo on my phone from 2015 called 'I miss you so much baby’ It was just the chorus of 'Miss You' with vocal and piano, very early 60s vibe. I guess I just heard it on the right night when I had a guitar at hand and the rest of the song came very quickly. I think the narrator is a mix of pure ego and emotional suffering. He thinks the people walking by him on the sidewalk actually care about him, or are paying attention to him. This guy is sort of full of himself but he’s proud of his pain and his longing, he feels like it elevates him somehow and he wants to show it off."

Steve says the song has a lot to do with the amount of touring they do, “We all carry on relationships while on the road. It can be difficult.” That simple sentiment of ‘miss you’ still carries so much weight.Their new album is especially interesting since it goes against all norms of music culture, it’s authentic and embraces a more old-school feel. Steve explains, “We wanted it to be warm and real. Lots of live sounds. Its recorded predominately live off the floor. We wanted it to feel like us.”

The entire album encompasses that energy from their live performances. Songs like “Ring That Bell” really emphasize their chemistry as a band. While “Forget Me” goes darker and explores the finality of life but in a poetic way. “Fade to Black” is their more boisterous anthem.  Overall, the album shows what comes from a band that’s been together for a long time, they know what works well for them, and they stay true to their sound and themselves.

Steve’s best piece of advice for young musicians, stay true to yourself and know what you want. He says, “Don't let too many people get into your ears and pockets.”