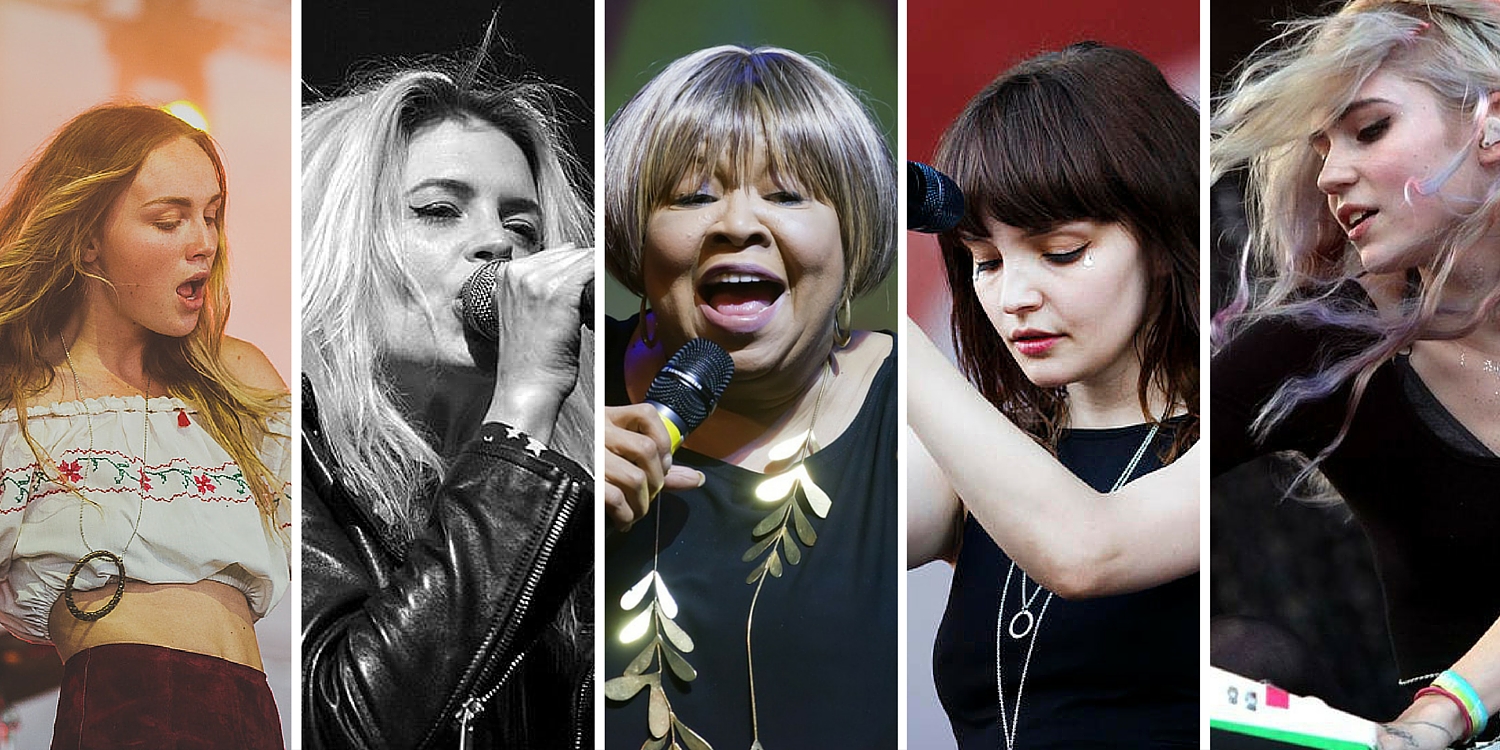 Coachella, you beautiful mega-festival that has catapulted itself into a crazy cultural phenomenon, I can’t wait to attend you this year. On that note, I also can’t wait to see so many artists that I admire. Someone told me “no one goes to the day shows,” well I do! Coachella has also received some negative press for not including enough female artists, which I get, but I think they make up for it because of the caliber of female artists they have. I have major love for all of these performers and I’m screaming internally because I get to see them.

CHVRCHES
Could I talk about CHVRCHES enough? Lauren Mayberry is amazing, she is talented, she is a dynamite performer and she calls out misogynistic trolls on the internet. She doesn’t put up with their crazy comments and she brings awareness to these low-lifes. I love that she doesn’t shy away from controversial issues. (ed note: could not find video footage of her Coachella performance this year, which is a shame)

Mavis Staples
Mavis is the queen. She started her career with her family, The Staples Singers, the most influential gospel singers of their time, and maybe all time. They were actively involved with the civil rights movement. Bob Dylan wanted to marry her. She is a legend.

Alison Mosshart
The amount of love I have for Alison Mosshart is insane, when I first heard ‘Blood Pressures’ I had no idea what to expect. Now after following The Kills and Alison Mosshart all this time, I love every song, Alison’s hair flips, her attitude, and the way she absolutely dominates the stage. ‘Doing It To Death’ has been on loop since it came out and the video defines #funeralgoals. Only Alison can make standing at a podium smoking and looking bored so freaking cool. I also admire Alison’s ventures in The Dead Weather, obviously, but that’s a story for another day. I feel like there’s so few true lady rockstars and Alison is forever my queen. I’m going to freak out so much when I see her.

Courtney Barnett
Courtney Barnett rolled out of Australia with the most unique life-observations and witty lines, her songs are pure rock n’ roll. I remember when she was nominated for Best New Artist at the Grammys and thinking YES FINALLY. Her deadpan singing and quirky lyrics are so inventive and modern.

Zella Day
Zella to me is the embodiment of Coachella, her outfits, her music, her flawless hair. She’s like a seventies reincarnation. I can’t get enough of her western flavored music. She has a killer album, a hit single, and a perfect instagram feed. She is still so new to the game and I can’t wait to see what she does next.

Grimes
Grimes really is a genre in her own, she is almost entirely self-made, making songs on her laptop and sending them out to the Internet like a champ. Her artistry itself is so intense, from her videos to her music, and even her appearance. Her album ‘Art Angels’ is a crazy, amazing album. Grimes is her own woman, she is the definition of the new wave of music, she’s a self-starter who sees no boundaries with her art.