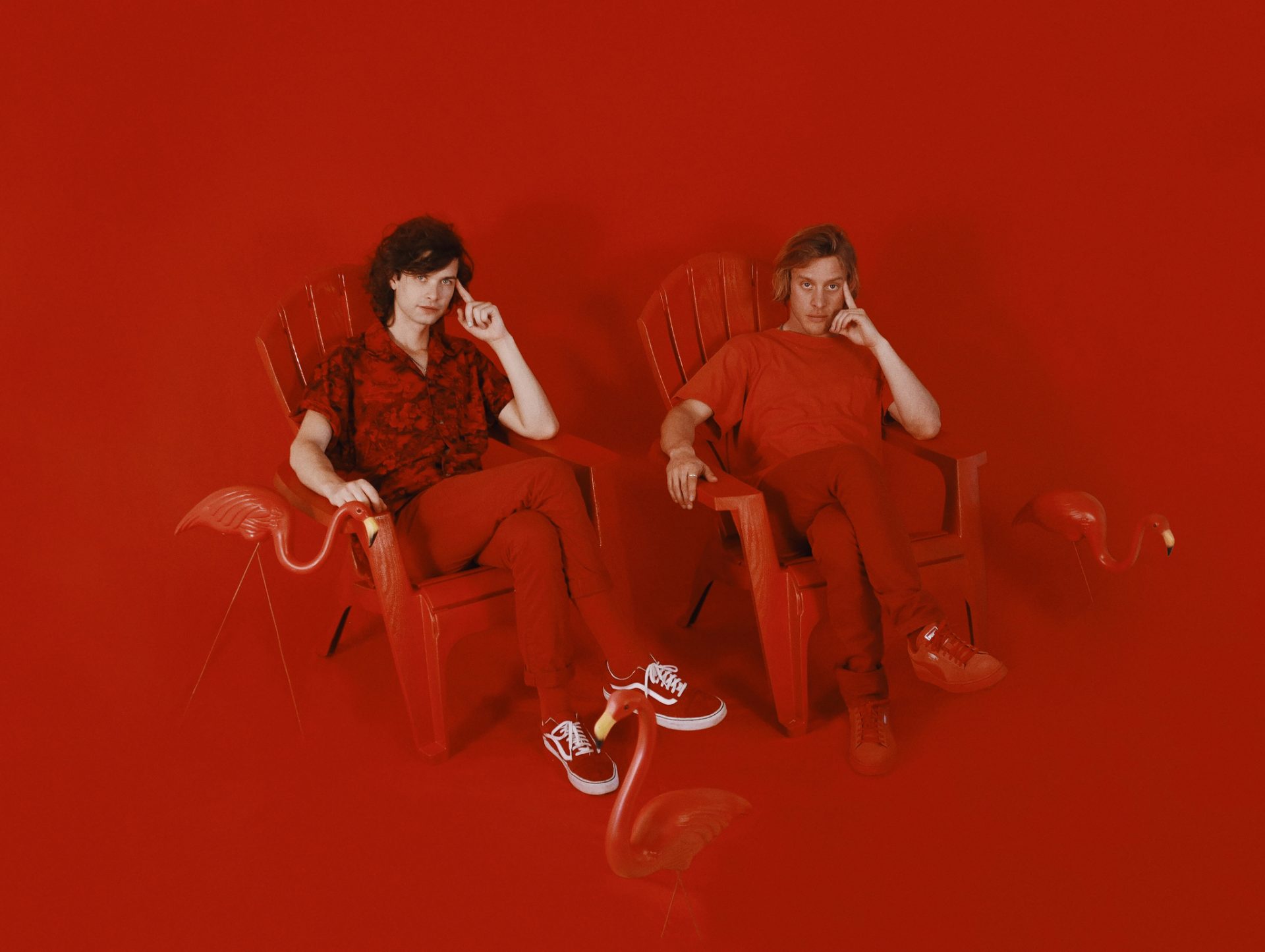 Following the release of their self-titled debut album, we talk with the LA duo known as Coast Modern. Consisting of Luke Atlas and Coleman Trapp, the pair have had quite the up rise since their first live show at SXSW last year. One aspect I personally liked about the guys is their unique approach to social media. It is very clear that Luke and Coleman see the idea of well, being modern. I got the chance to discuss their background, the new album, and space aliens.

How two guys come together to start a project is always interesting to me, I asked the guys about how they met.

“We met in the tiny back room of a North Hollywood recording studio, when Coleman had long hair and Luke was a LA-local as of only a week. A friend introduced us and we just started working on random projects, like science rap for NASA, pop songs, and weird beats. Eventually it evolved into what we know as Coast Modern.”

Since playing live starting in 2016, what has been the biggest lesson learned about playing live?

“I think learning to ‘embrace the chaos’ is an important lesson… like just learning to let go and flow with situations that are out of your immediate control. Especially playing live, things will go wrong all the time but these can make for spontaneous special moments if you just go with it.”

We are excited about the new album since its release last Friday; about how long were you two writing and working on this album in particular?

“This album started pretty much the day the band started. We write, record, and play all the instruments pretty much at the same time in Luke’s apartment, so we have just been collecting songs for the past few years. Now we have a time capsule of a magical time in record form.”

You guys just announced your first ever headlining tour, what are you most looking forward to with these run of shows and new material?

“Playing live is the best rush and we get to be with our favorite people up close and personal. And now we can do it all on our own terms. We’re excited to push the boundaries of a live show a bit… how weird can we get, how impromptu, how wild? How can we connect with people in a real way? Getting sweaty and mind-melding with people is always the best.”

Here at The New Nine we represent the fangirls and the impact they have on the music industry. Who would you say that you personally “fangirl” over?

“Nice… I def ‘fangirl’ over Weezer, a band I’ve obsessed over since way back. Maybe Lorde too… the coolest pop space alien we have.”

What has been your most rewarding experience thus far with Coast Modern?

“Seeing people react and relate to the genuine, weird art we make is super rewarding. It feels like a close-knit crew is forming and it’s amazing to bring people together in a place where we can all inspire each other.”

With the headline tour coming up, what is a tour must have snack food for you guys?

We try to eat super healthy, so the road can be tough! Definitely big bags of nuts and trail mix are key. Dried mango is clutch too.

Influences seem to come up a lot with bands; however, I want to know what you are currently listening to and vibing to.

“The new Toro y Moi album is so vibey and amazing. The few new Frank Ocean tracks are up there. Also just listened to the new Lana Del Rey album. She romanticizes the same things over and over, but somehow it still feels so good.”

Lastly, what does the rest of 2017 look like for Coast Modern?

Coast Modern embark on their headline tour early September. Make sure to catch them on the road and listen to the debut album out now!