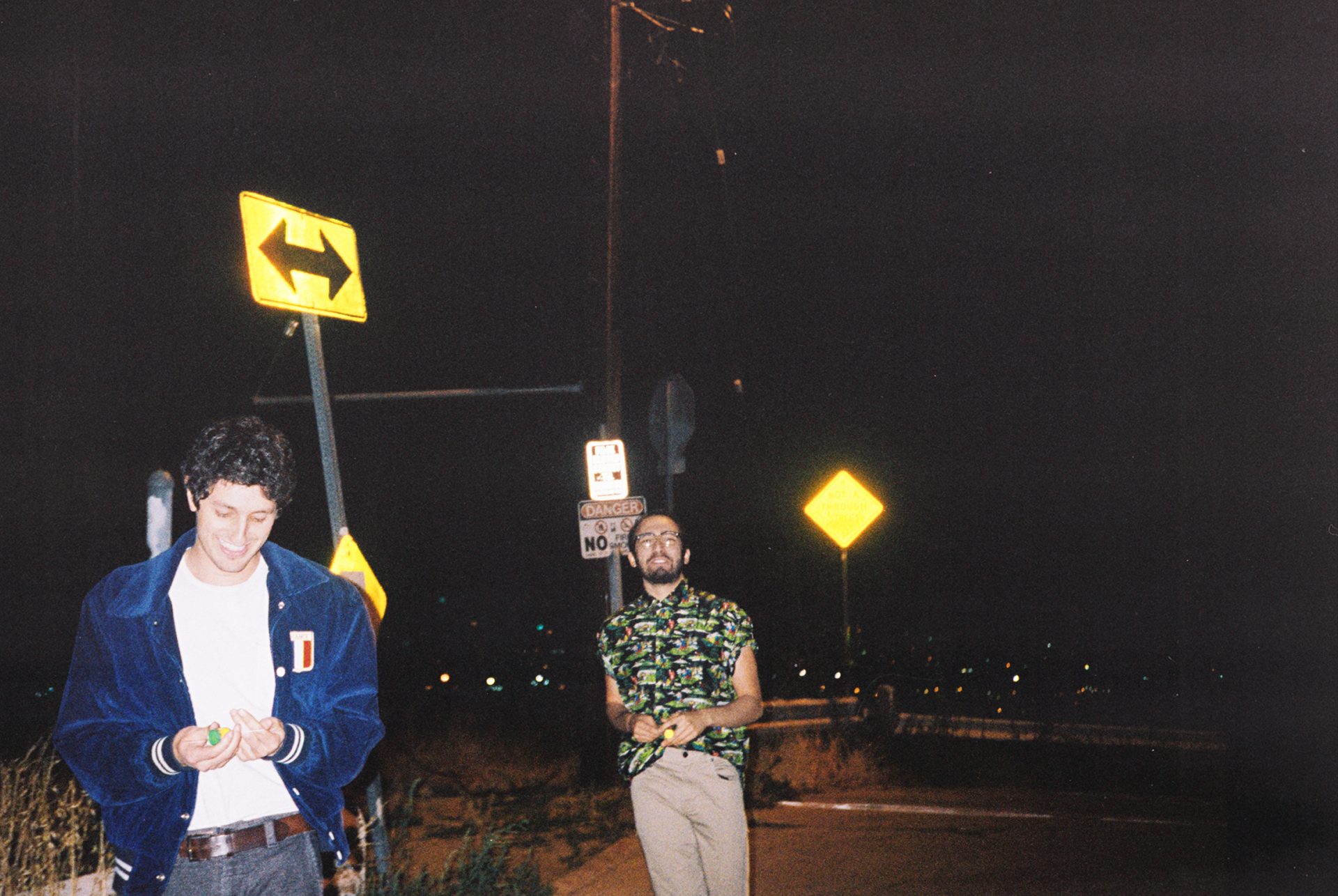 Between the spam accounts and people I actually know, I’ll get the occasional artist who follows me on instagram. When I saw Courtship’s name pop up on my feed, and after looking at a few photos, I knew right away I had to preview their music.

The duo composed of Eli Hirsch and Micah Gordon do such a playful job of mixing R&B vibes with a bit of pop synth, it’s hard to really pinpoint their sound. Both met as back-up musicians in LA and originally “eyed each other” for a couple of months. Micah invited Eli to work on a few things and the rest is history.

Eli tells me the name Courtship came about because it had a “real meaning.” He says, “It’s about how animals fall in love – it’s visceral and cool. Like, tigers don’t have to worry about it if the other tiger texted them back.”

Eli told me they wrote their newest single, “Sunroof” in Micah’s airstream in his backyard. Micah adds, “We thought wow wouldn’t it be cool if you put a studio in here?”

So fast forward about 10 days and maybe a cop visit or two later, this song came about. I talked to the group about what the song meant to them and Eli explains it perfectly. “We just realized how stupid worrying is so we wrote a song about it.”

As far as plans for the year, Micah was pretty coy about it. He says, “Absolutely! But we’d be stupid if we thought that they will actually go exactly the way we planned. We make goals and then jump off the cliff and see if we fly.”

When I asked the duo what their ultimate goal as a musicians were the simply told me, “Have a ton a fun, spread good energy, and play football stadiums!”

Their advice for aspiring artists is just as uplifting as they are. Micah says, “Just do what YOU like. If that happens to be something that other people like too, then amazing!”

Easy enough, right? Check out the guy’s video for “Sunroof” and if you’re in San Francisco this weekend, you can see them perform with our friends, COIN.