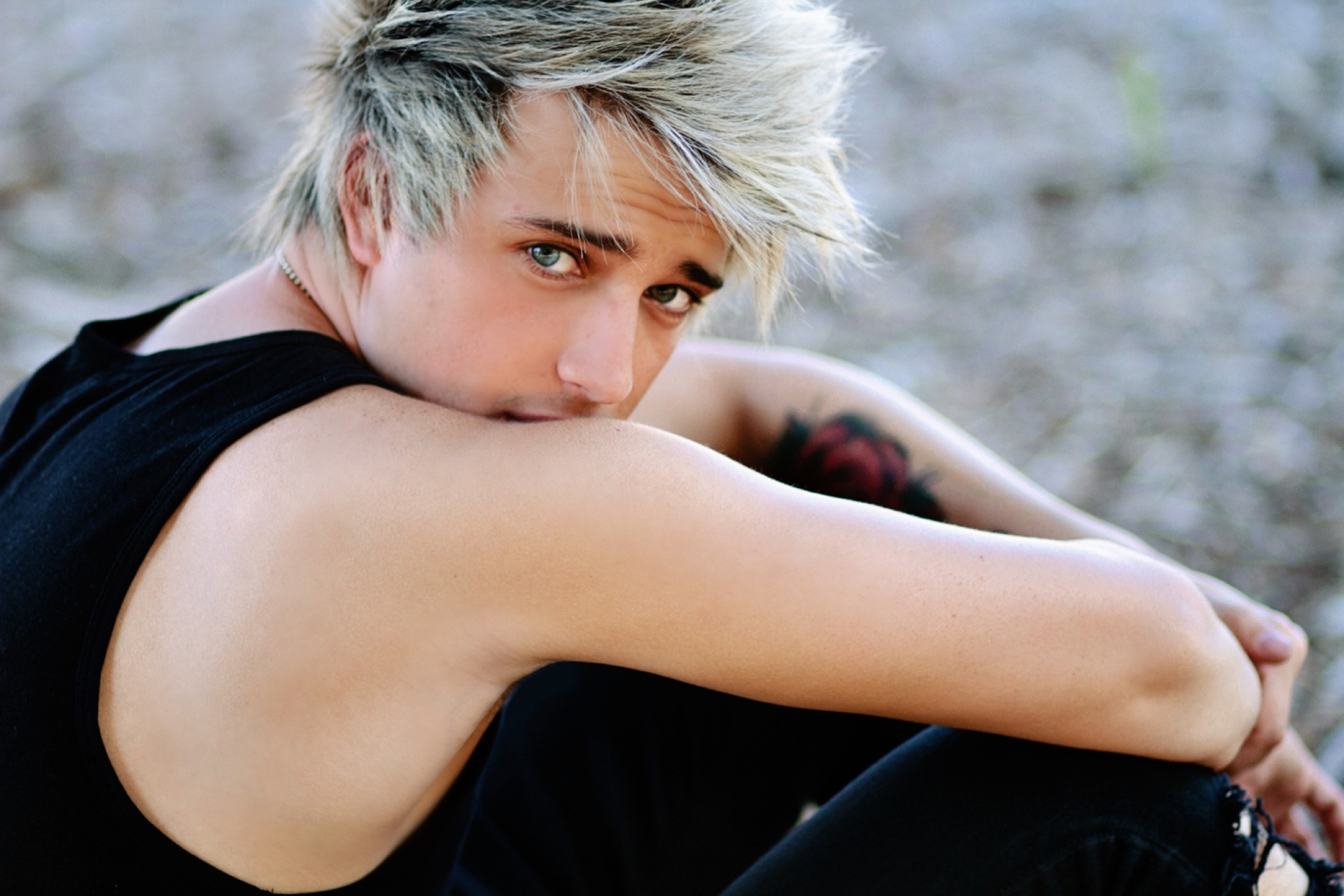 Dalton Rapattoni may not be a household name yet, but keep him on your radar because this guy is seriously the coolest. He’s known for being one of the Top 3 finalists on Fox Television’s hit show, American Idol. Dalton began his journey as an artist at age 12 and since then his musical career has taken off.

“You know that feeling when you don’t have any memory before a certain age? That’s kind of how I feel,” says Dalton. “I honestly don’t remember anything before I was 12 years old. It’s all I wanted to do and that’s when I made the decision to pursue music.”

While American Idol is just another part of his past, he credits much of his early music career for his success. “Being a musician was all I knew - everyone in Texas plays football, but I was useless. I was too small and I got tackled once and that was it,” laughs Dalton.

He grew up in a school of rock so classic rock was a major influence. Pink Floyd, Black Sabbath, Led Zeppelin, and the like. He tells me his newest inspiration is that of brat pop like Holychild.

Dalton admires Bishop Briggs and Zella Day and for good reason. “It’s like you want to be them, but you know that only they can emulate it so well. I just can’t pull it off.”

Dalton’s creative process stems a lot from creating meaningful lyrics. “I’m lyrically focused,” he says. “For me, writing these lyrics helps me talk about stuff I couldn’t before because I was in a band.”

“While most musicians try to discredit and remove their old music, I’d like to think this is what built me,” Dalton explains. “I was in a few bands when I was in LA, and that was one of the most beneficial experiences for me. It taught me a lot - how to act in the music industry and how to treat people.”

“I keep ties to my old music because I want to show people that this genre isn’t super lame. I went from a rock band to a punk rock and it was cool to me. All of my phases are catalogued in order and you can see how that shaped me as a musician. It’s like baby pictures. They’re memories.”

“My dad was a salesman, growing up he always told me there’s a reason you have one mouth and two ears. You’re supposed to listen twice as much as you speak,” Dalton tells me. “This was a very poignant thing he taught me and it’s always stuck. We’re so quick to cut people off and disregard them if you don’t like their opinion, but it’s important to listen to them because you might learn something or found out why they are the way they are.”