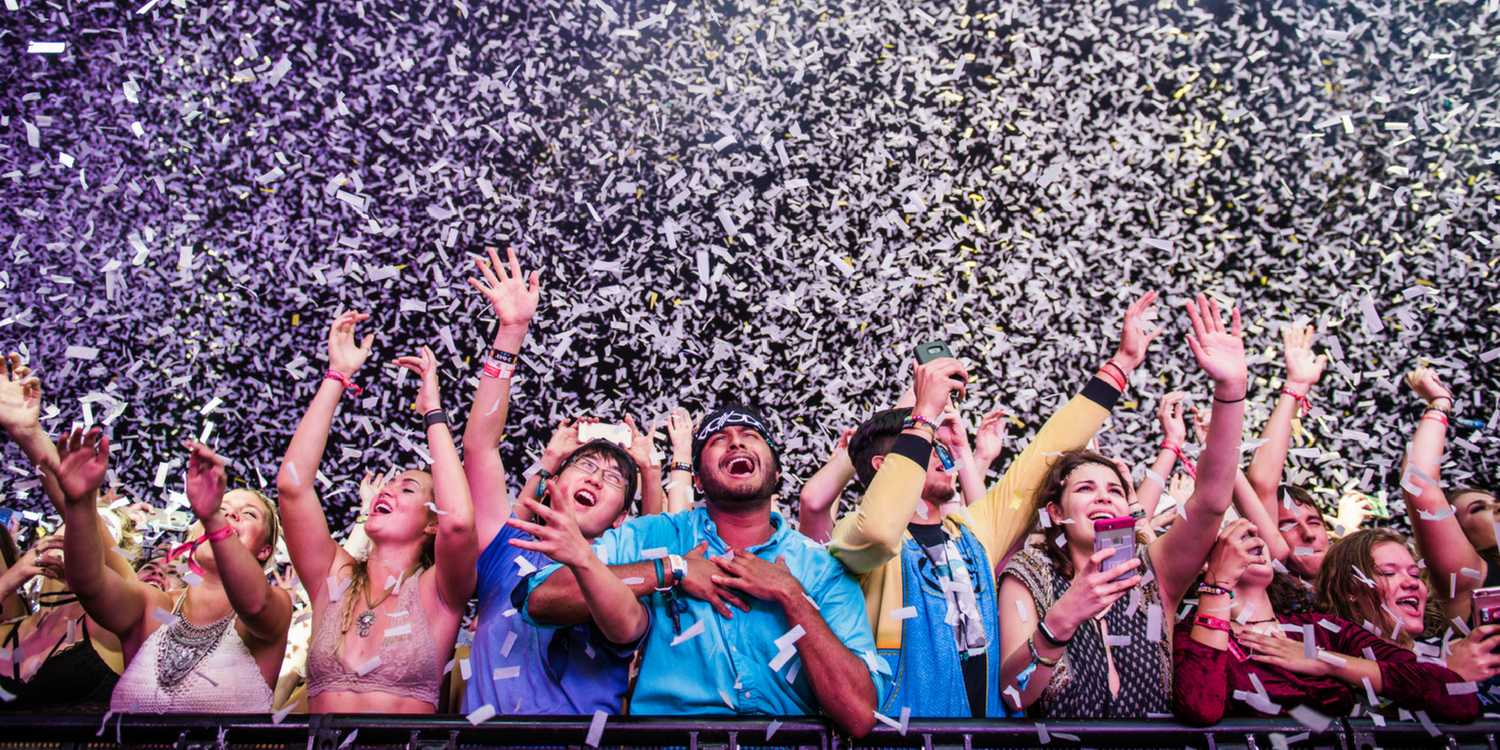 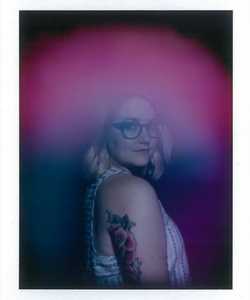 I’ve been Instagram-stalking Katrina Barber for a long time now. Seriously, these are some of the most beautiful photo’s I’ve ever seen. She just knows how to capture a moment, whether its a portrait of an artist, the crowds at a festival, or the show itself.

Katrina’s dad gave her a camera when she was twelve and it was love ever since. She would go out in the field behind her house and shoot trees and deer skeletons. That’s when she started carrying a camera with her all the time.

She says, “In high school I got one of those Cannon PowerShot point-and-shoots, of course it was pink, and I took it to every show. I went to shows like three times a week in high school. I was just obsessed with going to downtown Austin and waiting in line for hours to get into anything and I always had my camera.” 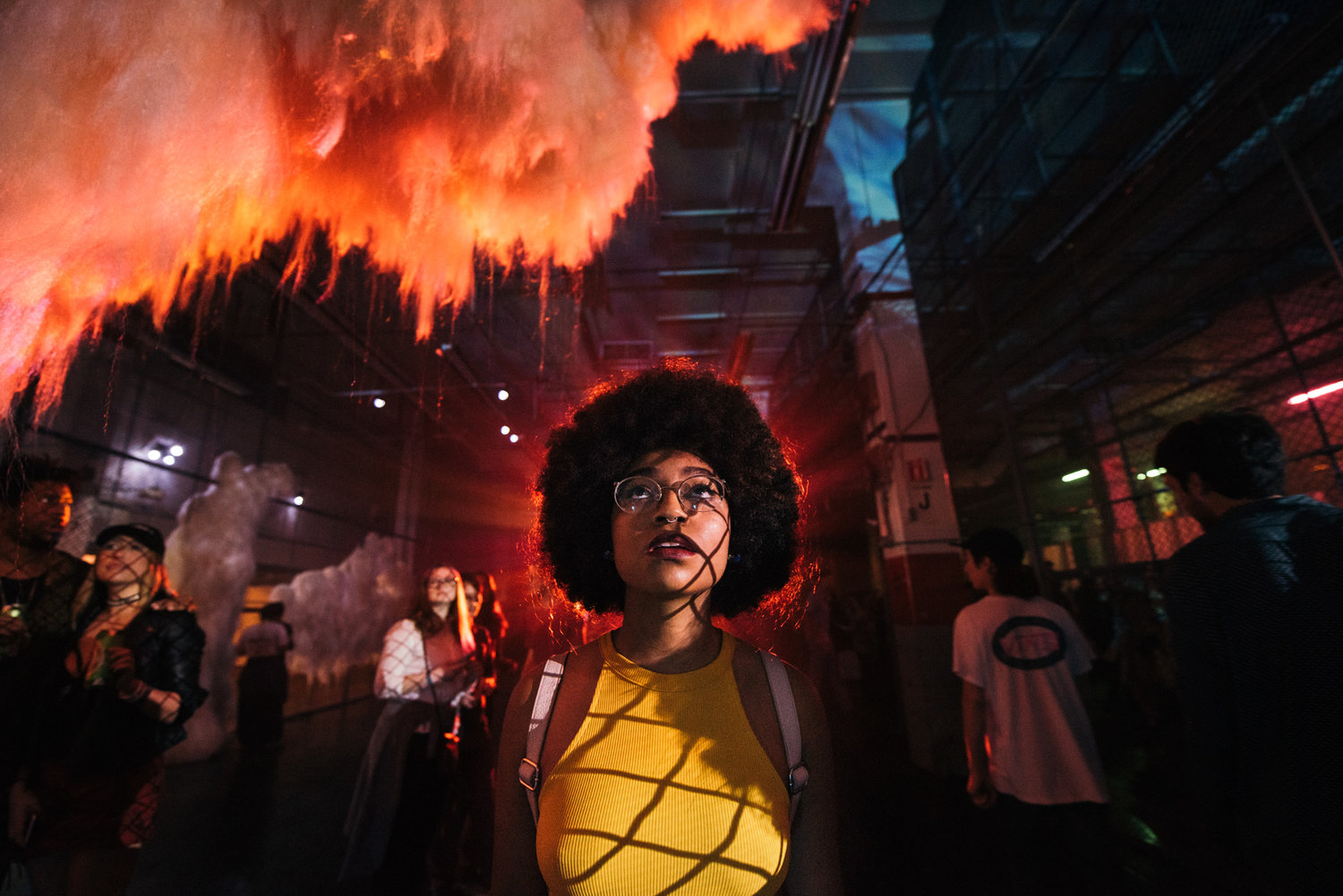 Katrina joined her high school newspaper and that was a big turning point. That was when she started going to shows to actually get coverage. She was interviewing bands and trying to catch musicians after shows to give her a minute of their time. After highschool she started shooting local shows with a DSLR. That’s when everything started taking off. She was just finding those perfect moments, making contacts, and building a career.

She says, “I would go to local shows and I didn’t know a whole lot of people. Over time I built up a little portfolio. I met the head photographer for Do512 and i showed him my portfolio and he let me onto their roster of photographers. He actually recommended me to the photo director for C3 Presents for ACL, two years ago, I did that as a volunteer, because of that I got a job with C3 and then it just kind of snowballed.”

Building a portfolio is crucial to any photographer, but Katrina emphasizes that it doesn’t matter what acts you’re shooting or what venues. It’s just important to get used to shooting and practice. 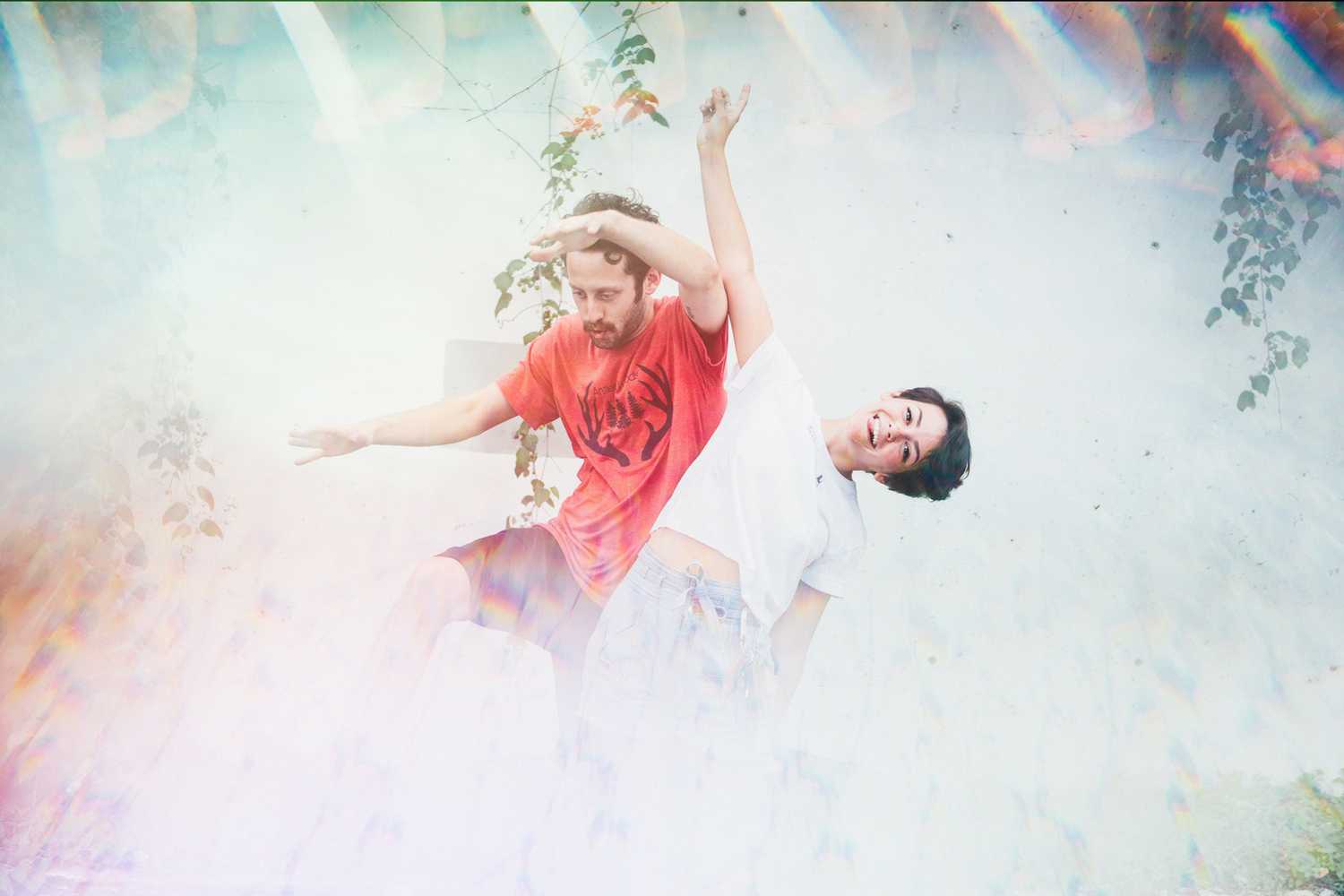 She says, “You just need to go out and shoot. Get accustomed to shooting in terrible lighting. Learn how and when to use a flash if you need to. Don’t be intimidated by the rude dudes in the photo pit. Build that portfolio and email it out and try to get as many contacts as you can.”

As for going to shows alone, you’ll get used to it. It starts off awkward but it’s kind of thrilling. Katrina says even though she’s a natural loner, it still took time. She says, “You’re there for a reason and you need to get that done. If you’re not shooting because you scared yourself out of it, that’s just a personal hurdle you need to get over by doing it more and getting used to it. You say, ‘Hey I’m here to shoot a show,’ and then you’re there and you’re doing it.” 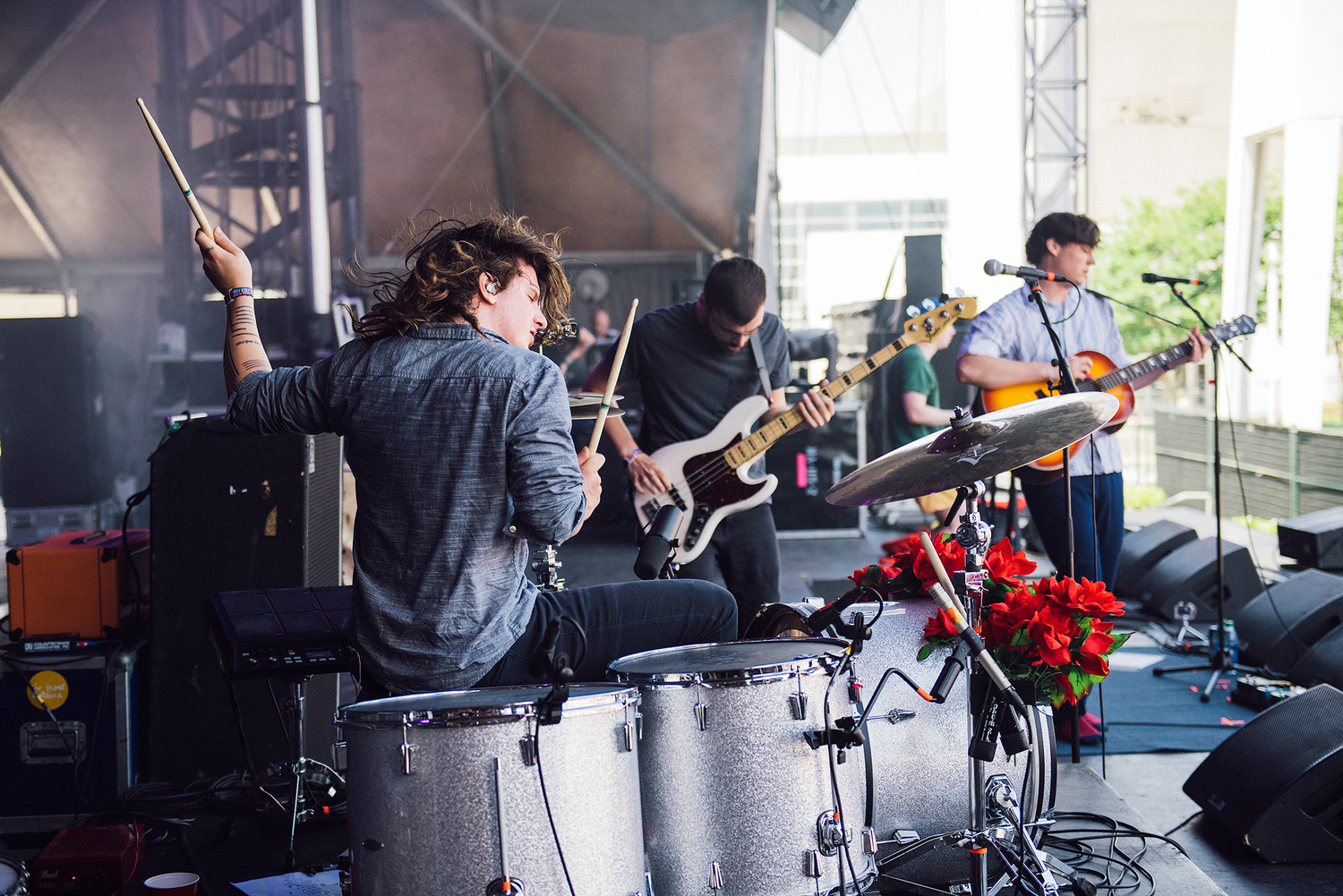 If you’ve ever seen a photo pit at a concert you get this sense of competition. Katrina says that if that’s the case sometimes, it helps to just be friendly and chat about camera gear. Being polite and asking if you can switch sides with people or stand in front of them for one song usually works out. It can be stressful to think about not getting that perfect shot and most photographers are having that same feeling.

She says, “When you offer to switch spots or get different angles, you see the light turn on in their eyes. We’re all here to do the same thing. I’ve also bought people drinks as a way in. Especially During SXSW, I was trying to be as extroverted as I can. I just said ‘Hey I’ll go buy beers, just save my spot’ and the
vibe totally changed. It went from competition to buddies hanging out.” 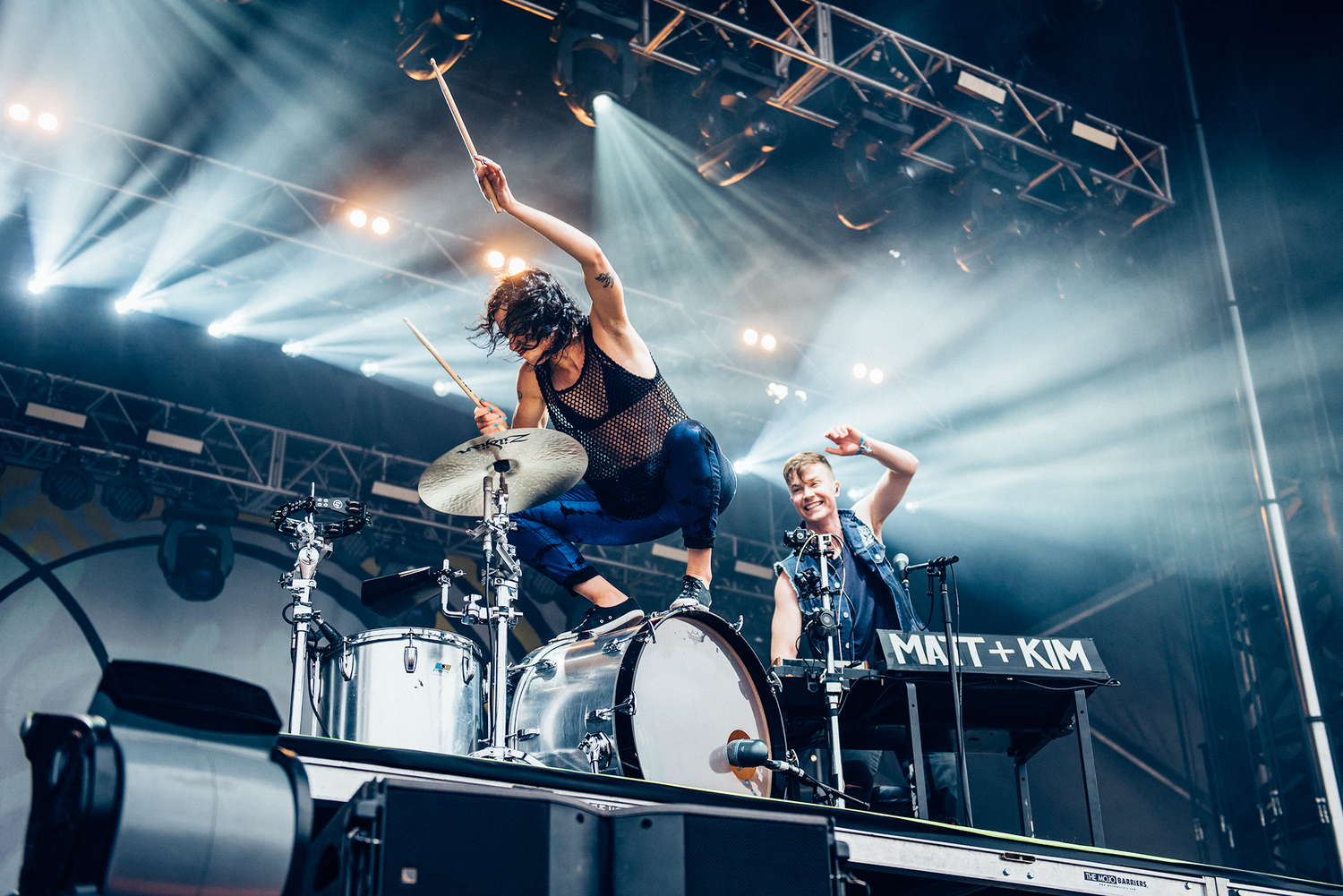 Concert photography is still a man’s game. That’s where Katrina says the best trick is just to show your worth and be confident in your abilities

She says, “I look like a fangirl that’s just there with her daddy’s camera, I get that reaction from a lot of dudes. They don’t take me seriously until we become friends and they see my stuff and realize I’m not just playing around. For other people you have to get the confidence in yourself before you should expect anyone else to be confident in you.” 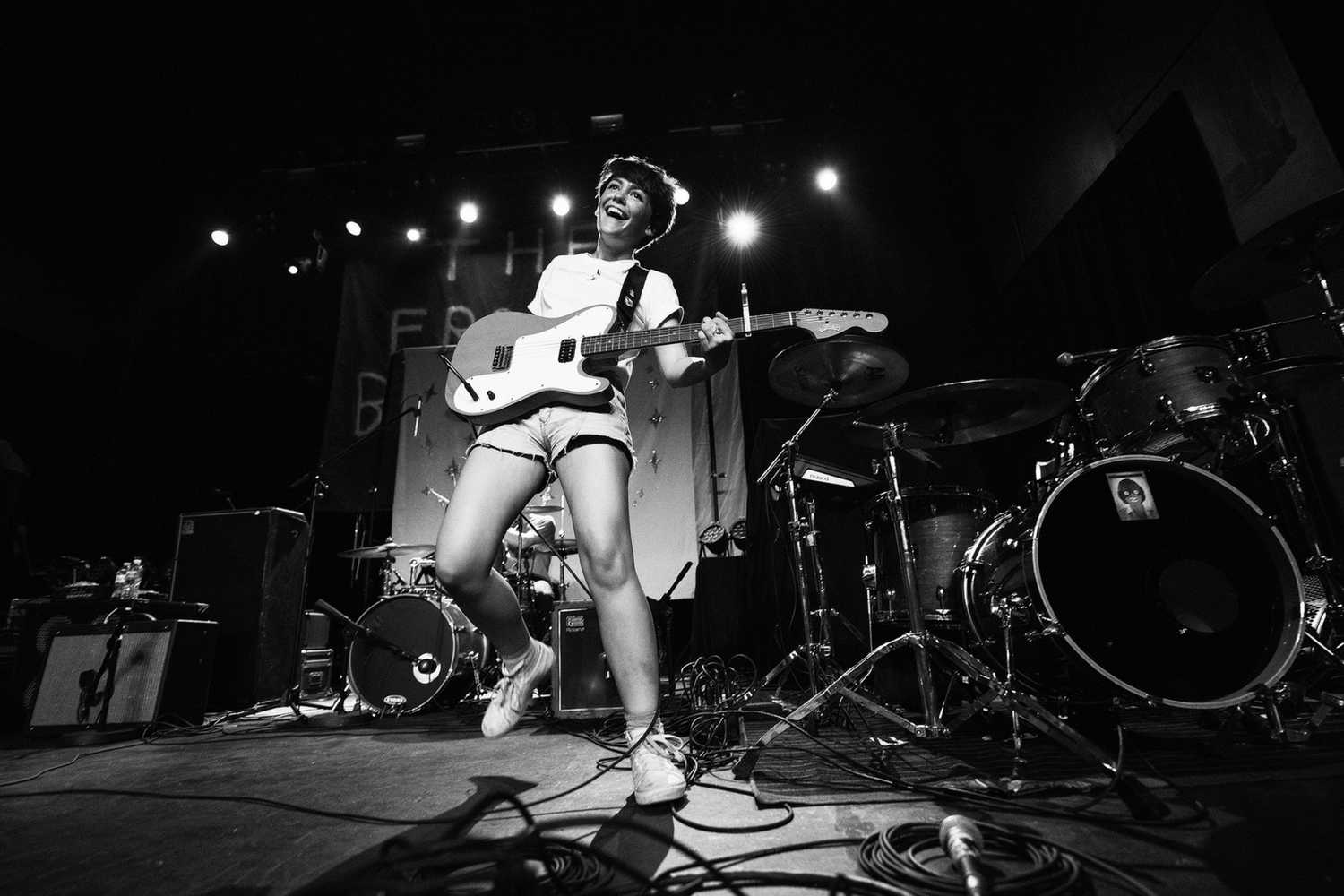 Katrina says, “I think it’s human nature to feel competitive or feel like someone’s doing better than you. I feel like they push me harder and there are a ton of female photographers that I look up to, they make me work to think outside the box and push myself. They’re doing great stuff but so are you, it’s just a different way of thinking. Learn from each other instead of competing.”

We can all learn from that. So often women are pitted against each other when we should be supporting each other.

So how does Katrina know when she got that perfect shot?

She says, “If the light is just right or maybe they just jumped and you got that angle and you feel it in the pit of your stomach. I’ll be reviewing the photos in my camera and I’ll be like ‘Oh that’s it, we’re good.’”