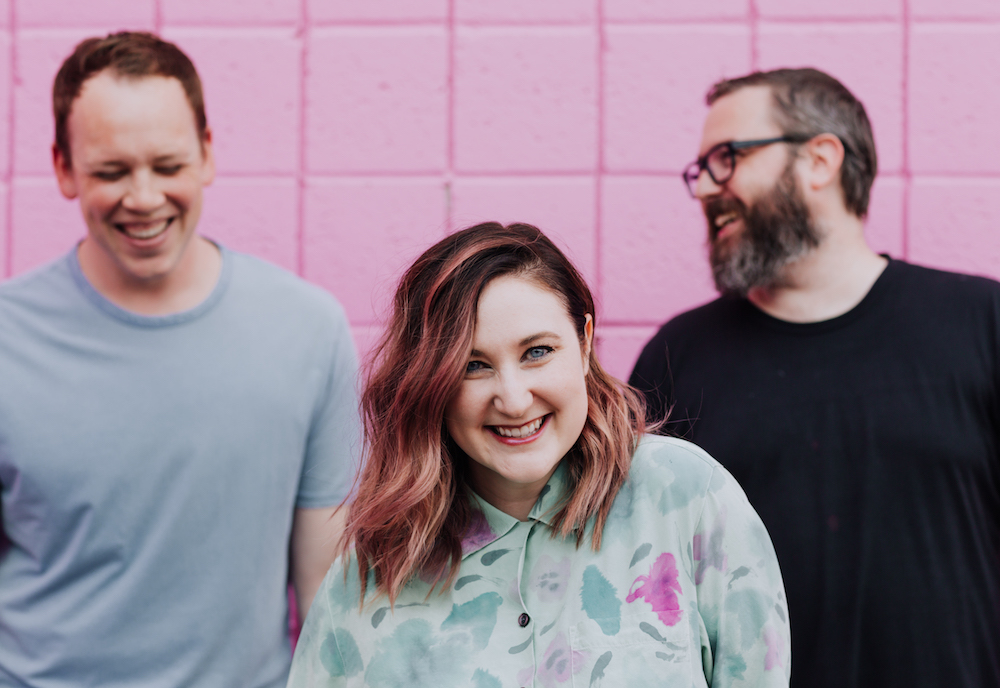 Donora’s sound is unlike any other. It’s the happy-go-lucky pop soundtrack you never knew you needed. I got to speak with Casey about their new album, love, and children. Jake Hanner’s relationship with Casey was pretty inevitable because the two are actually siblings.

Casey laughs when she tells me about her relationship with her brother, Jake. The initial meeting wasn’t exactly the best, though. “He was actually upset he got a sister and cried,” jokes Casey. Eventually, Jake got over it when he started the idea for a band. “It’s great, because we all have our own strengths and we recognize this in the band,” says Casey. When they added the other Jake (Churton), they became Donora.

The Hanner’s father was constantly writing commercial jingles, so it was bound for the group to become artists. Casey tells me having the studio above her bedroom played a huge role in her becoming a musician. “I had a different upbringing than most, so music was what I knew” she says. “When I was younger, I wasn’t allowed in the space, but as I got older, I got to be around a bit more and see my dad record other musicians. It was never forced on me, I was just in that world.”

The Hanner father also suggested the group form a band. Casey started on her own doing songwriting, but their dad suggested that since Jake was also talented, they try it out together. “We played together and did a sample on the keyboard and created a montage of sound.”

“My dad wrote songs when I was a kid and I remember asking him if he could teach me guitar, and he handed me a chord book. Becoming who I am was inevitable,” says Casey.

Their awaited fourth album titled Sun To Me has many themes of light and love. “The sun is about heat, fire, and passion so we wanted this album to reflect that. It’s about living passionately and choosing love.”

“In this world, it’s hard to stand up for what you believe in, but we wanted an album for our listeners to escape to and not be afraid to live. When we recorded this album, there were a lot of terrible things in the world and they’re still important to live passionately and have things for what you believe in.”

The trio enjoys spending time with their families, but they are definitely getting ready to do a few mini tours around the country next year. Stream their album now!!!