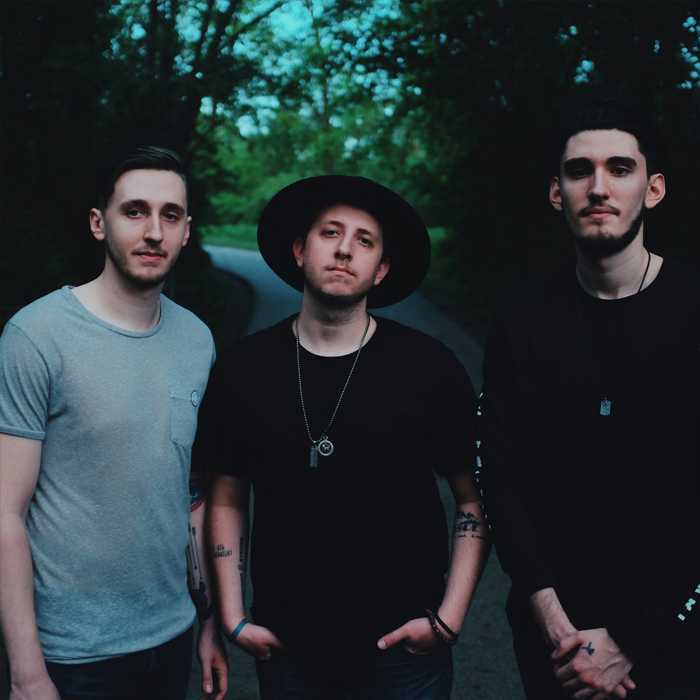 Think back to your first ipod/iphone. Think about all of your music you had and the times you would just hit shuffle to see what comes up. For a lot of us, this was how we developed our musical taste. We didn’t stick to one genre for an entire setting, hardly ever. Some of my fondest memories of high school were driving around blaring All Time Low, T-Pain, and Dashboard.
This idea and concept of hitting “shuffle” brings us to introducing you to the Canadian Trio, Beyond The Sun. Comprised of brothers Colin (vocals), Phil (guitar), and Dalton (drummer) Radu, the trio may be new to the Nashville scene but they are no strangers to the music industry. Starting back in 2005 in Ontario, the trio began writing and performing together. I spoke with Phil and Colin about the band and what’s to come.

Wade: As brothers, how do you guys build your songs together?

Phil: 9 times out of 10 Colin has a chorus or lyric idea as a jump off point. I’ll start building lyrics, and then we give it to Dalton to take it across the finish line.

Colin: We never sit on songs. If we struggle with it from the get go we scrap it. We have about 40 songs ready that we would release as singles. We like it or we don’t. We write in batches of 11. Basically like a play list. However those batches go is up to the songs we’re making at that time.

Wade: I originally listened to “Little Kingdom”, how do you feel about that EP 3 years later?

Colin: Yea man, our debut album is called “Shuffle”, and 3 of the 15 songs come from that EP. That was the first moment of like yea, we did that. We still close our shows with the title track from that EP. We have a totally different look at it. We released it and it got us a headlining spot at a Puerto Rico festival.

Phil: We write songs for how it would sound in MetLife Stadium, Madison Square Garden, and places like that. 2015 was hard because we really only wrote one song the entire year.

Wade: So what sparked the thought of venturing into country after alternative and pop?

Phil: Everyone had jobs. Bartender, landscaper, everything a musician could be.

Colin: it was 2016 and we were doing landscaping. You’re up early, tired, and at 5am I wanted to listen to Country driving into work. I came up with a title, “Country Man’s Hands” and I was like, that screams Country.

Phil: Our parents have always worked hard for us.

Colin: My dad came to me and was like, this is the first time I don’t know if you guys are going to make it. We had a band meeting that night, got our grievances out.

Phil: That’s we decided to not have any barriers and write what we want. If it was good, we would explore it.

Wade: You’ve used the term “Shuffle”, how did that come about?

Colin: We would be writing songs for our batches and it would be like 3 pop, 3 rock, 4 country, and maybe ‘Little Kingdom’ style. When I go to my ipod I hit shuffle. We want other artists to do what we’re doing.

Phil: We would love for Itunes to release it under the “Shuffle” genre.

Colin: Today’s Country Artists are like 90’s Pop Bands, but it’s awesome. We’re writing things that don’t fit within a barrier. We’re 4 different things at once.

Wade: How has the music community here responded to that style?

Phil: Surprisingly everyone has been really accepting of it. I think because our household growing up liked what was popular, regardless of genre, we have a little bit of everything for everyone.

Wade: If you had to add anyone to your band from Canada who would it be?

Colin: I remember when we found out Drake was releasing a Hip-Hop album. None of us thought it was going to be anything like it was or what he’s become. We were closet fans at first.

Wade: Who else are you guys into?

Colin: This latest Ed Sheeran album is cover to cover what I’m into. Chris Stapleton too.

Wade: You mentioned this festival in Puerto Rico, tell us a little more about that experience.

Colin: So we got invited to play this “Wild Summer” festival. We flew down thinking we were just a support act. When we got on site they took us to this tent with green rooms set up. Slowly, as we were walking past these makeshift green rooms they take us to ours and we have an air-conditioned pimped out room. That’s when we realized we weren’t the supporters, we were the headliners.

Phil: So the band before us is playing and one of the security guards warned us that some fans were freaking out knowing we were backstage. So I ran off to the side of the stage just to see what would happen. It was like a scene out of World War Z. Quickly security grabbed me and I went backstage to tell them to try it. By the time we took the stage the crowd was ready for us.

Wade: Lastly, what do our readers need to look for from Beyond The Sun the rest of 2017?

Colin and Phil: Our two newest singles just released so be looking for visuals with those. We have 2-3 other tracks we are looking to release this year in preparation for the debut album next year. Also just playing these songs live, it’s time to see how people react to it in a live setting.

Beyond The Sun are hard at work getting ready for a big fall and start to the New Year. Find more info on them below and check out their latest releases on all streaming services.