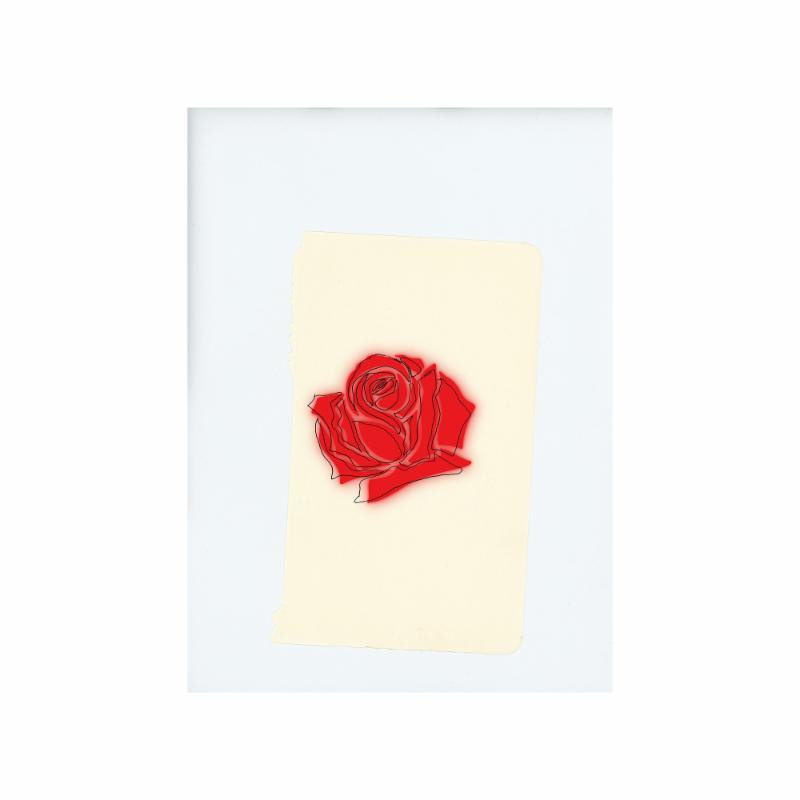 Sam: I have to credit my two friends, Wade and Trey, for convincing me to listen to Los Angeles-based trio, LANY. LANY’s songs are exactly what you would imagine California is like. No matter where you see them perform, you’re instantly transported to the west coast. My first LANY experience was intimate, lustful, and just real. Paul Klein’s presence, with Jake Goss drumming and Les Priest providing synth beats, created one of the most personable performances I’ve witnessed. Not to mention each lyric that echoes from Paul is ridiculously relatable.

It seems crazy that now it’s come full circle as I get to talk about their highly-anticipated debut album with Wade.

Wade – In a fitting way, LANY starts their debut album with the same track they open their live shows with. Having heard “Dumb Stuff” live and seeing the live videos on YouTube, it’s great to finally hear the mastered version. The lyrics give that initial feeling you get when you start something new with a partner. Most of us have had that moment of ‘Oh my god, I think I’m in love’. It’s scary, exciting, and complicated. For that reason, “Dumb Stuff” sets the tone for the album.

Wade – The fourth song released, “The Breakup” did indeed hit me in the chest. If there was ever a song for my life 3 summers ago, it’s this one. After a failed relationship, moving cities, and trying the dating scene, I felt worn down. We all desire love, connection, and companionship. So when it goes wrong, or not exactly how we wanted it to, the self-realization sets in, and sometimes it’s not pretty. Paul captures this lyrically. Elements of frustration over lack of attention, reflection on what transpired over the course of this failed relationship and dating experience, and bittersweet honesty about mistakes cover the track. “The Breakup” shows a side of LANY that I haven’t heard since “I Don’t Care”, but I do care about the importance of this song on the album.

Super Far
Sam – Paul first teased this song on his Snapchat, and after hearing the track in it’s entirety, I’m hooked. To make it blunt as possible, I’m awful when it comes to displaying emotions – especially when it comes to dating so if there was ever a theme song for me, LANY just wrote it. “Got me begging for affection and all you do is roll your eyes” is a lyric I wish I could say I don’t resonate with, but I am that girl who rolls her eyes. In any relationship, often, one of us gives so much and become emotionally invested, but if the feelings aren’t reciprocated you wonder how much longer you can wait. You can feel this as Paul goes back and forth debating if his relationship is worth it.

Sam – Overtime is a bit different from the rest of the album. It takes you through a second type of heartbreak, but the music is a bit moodier. It kind of puts you in Paul’s position, and honestly, we’ve all been there. We’re at the crossroads in a relationship where someone in the party lies and now all trust is lost. “It was magic on the first touch / Turned tragic when I caught you covering up” and “This can’t be the end, if it is like this you win / Overtime, overtime, forgive my God I’m trying” are two verses that really hit you. Obviously a relationship isn’t a competition, but we all know someone has to win the breakup, and in this case we want it so badly to be Paul.

Flowers On The Floor

Sam – Paul tweeted the lyrics to this bop back in May, and it’s easily become one of my favorites. It sets the scene of Paul surprising his lover as she opens the door and then the beat begins. This song describes the unappreciated effort he showered with, well, the flowers on the floor. Paul displays his vulnerability by “spilling all my guts” while being crazy in love with this girl only to be shut down. His over-the-top displays of affection are relatable in any sense because sometimes when we really like someone, we’ll do any grand gesture just to get a sense of appreciation from them.

Wade – The use of a voicemail from Jake Goss’ Mom gives an intimate account of Jake’s Mom seeing his “Parents” tattoo on social media. Her reaction is sweet, sincere, and she concludes by expressing her yearning to hug Jake and his wife’s neck. There’s a part of us that all wish our parents were that cool about tattoos. For an album that covers all aspects of love, this interlude shows us a special kind, unconditional love. So, Jake’s Mom, you’re the MVP, and I hope you get many more chances to hug them.

Sam – Okay, Wade pretty much nails it, but I just wanted to thank Jake for this voicemail. It just adds so much authenticity to the group and their transparency with the fans.

Sam – I think I can speak for Wade and myself when I say we’re already obsessed with this song. This was released on the band’s EP Make Out, but what’s one more version in my music library? Paul’s smooth voice paired with the catchy lyrics in “ILYSB” make me believe in true love. I know I said with “Super Far” I rarely show emotion, but sometimes that changes. Also, the line “I’m hella obsessed with your face” is a pretty clever chat up line… *Kanye shrug*

Wade- “ILYSB” is truly the only song from LANY’s back catalog that fits on this album. It’s a track that has been looking for a home for 2 years, and with this album, it has a true place in a work of art.

Sam – Ah, 13. If this isn’t the perfect breakup song. This slower, calmer track portrays the end of a relationship and the heartache that comes along with it. It’s the stage where you just wonder what all went wrong when just a few months ago everything seemed perfect. It’s inevitable, and even Paul knows it, but it doesn’t make the sting hurt any less. I mean, love just sucks sometimes.

Wade – “13” mentions the calm before the storm and the longest track on the album, “Hericane” is that storm. Paul’s vocals, matched with Les’ synth beats, blend seamlessly here. Inherently, as a guy, we want to fix things, and this song seems to be a plea to ‘fix’ the issues in the relationship. “I love you still, i always will, but this needs to change” croons Paul. The last 30 seconds, which are instrumental, are beautiful. The storm is over, he’s voiced his concerns and issues, and a sense of peace concludes “Hericane”.

Sam – “Hurts” really stands out from the rest of the album. It’s like that stage in a relationship when you’ve realized how deep you really are. Paul paints the picture of a very easy-going relationship. You know the kind where you *think* will be fine either way, but eventually someone starts to care more – like they always do. Without a doubt, that someone is Paul. In this track, Paul takes the blame for the relationship failing. He also makes a nod to the band’s song, “Pink Skies.” It’s true, though, the more you love the more it hurts.

Sam – With an equally aesthetically pleasing music video to pair it, Good Girls is the perfect summer track. You can sense the urgency and desperation in Paul’s voice to win his lover back. He knows that with any given relationship, nothing has to change and that this one could be worth it all in the end. Of course, if you’ve seen the video, it’s truly heartbreaking and the worst case scenario. I don’t want to spoil it for you, so you’ll just have to see for yourself.

Sam – This track really stood out to me from the rest of the album. The music is a bit slower and Paul’s singing is bit more playful. I sense Paul displaying the light-hearted, puppy love stage of a relationship. The kind where you’re absolutely head over heels for someone. “Oooh ooohh that’s the way my heart feels.” Y’all, I’m swooning over here. And now I’m craving pancakes…

Wade – Pancakes, the food, is a comfort food to some, and for the track “Pancakes”, some will also find comfort in it as well.

Wade – There isn’t another track on the album I’d like to know more about than “Tampa”. There is a hint of anger, pain, disappointment, and insecurity throughout. Paul references himself in third-person, as if he wants us there at that Tampa airport watching him fight with himself about what to do. The use of layering his vocals paints a picture of the internal struggle and fight going on in his head, coming to the realization that he not only deserves better, but can also do better. Recognizing that something isn’t working or that you need to end a relationship with someone is an experience almost all of us will encounter in life, and here, we can sympathize with Paul.

Sam – The lighthearted lyrics and catchy beat make this an instant favorite. Reminiscent of an 80s track, this shows that weird scenario where two people shared a past, now back in each other’s lives decide that maybe it’s worth another chance. In the chorus Paul, “But I sleep in my clothes cause I’m too scared of us” and it shows the resistance from trying to go deeper into a relationship. He says he’s guilty of the black and white, which hits close to home. I speak for myself when I say I see everything in black and white and it’s either or, but as this song proves that it doesn’t have to be that way.

Wade – The true stand alone instrumental track on the album, “So, Soo Pretty” is well, so, soo pretty. Simple elements of keyboard, synth, and a beatpad make for a musical set up piece for the album finale.

Wade – Where the album took off with the sense of excitement from “Dumb Stuff”, LANY close their debut album with the longing, reminiscent track “It Was Love”. Also, where “Dumb Stuff” starts their live sets, LANY closes their live shows with “It Was Love”. Finally hearing the entire album, this is the perfect choice for the closing song. This track sees the beauty of Paul, Jake, and Les working together smoothly. The keyboard, guitar, and drum solos bring together a complete sound that completes the album. A song of confession of a lifelong love, “It Was Love” is brutally honest. Paul speaks of always wanting more from this person. From high-school to present day Paul reflects on never acting on this love while also asking for her acknowledgment of this love as well. “It Was Love” is poignant and pure, and for that, makes the perfect ending to LANY by LANY.

We would be doing a disservice by giving an overall rating for this album. The men in LANY knew exactly what they were doing with this album. Furthermore there is a reason that the EP’s will forever stand on their own in context to the full album. At a time in music where fans and users desire instant gratification and constant content, it’s important to realize that some things are truly to be appreciated as a complete work of art. A great example of that is here in LANY. Paul, Les, and Jake placed the songs strategically, to a tell a story, and paint a picture for you. So I encourage you to listen to the album in its entirety, from start to finish. The LANY wave is here, and it’s time the world sees the uniqueness and authenticity that is a band that so many care so much about. LANY by LANY is pure, transparent, relatable, and deserves every bit of attention it receives.