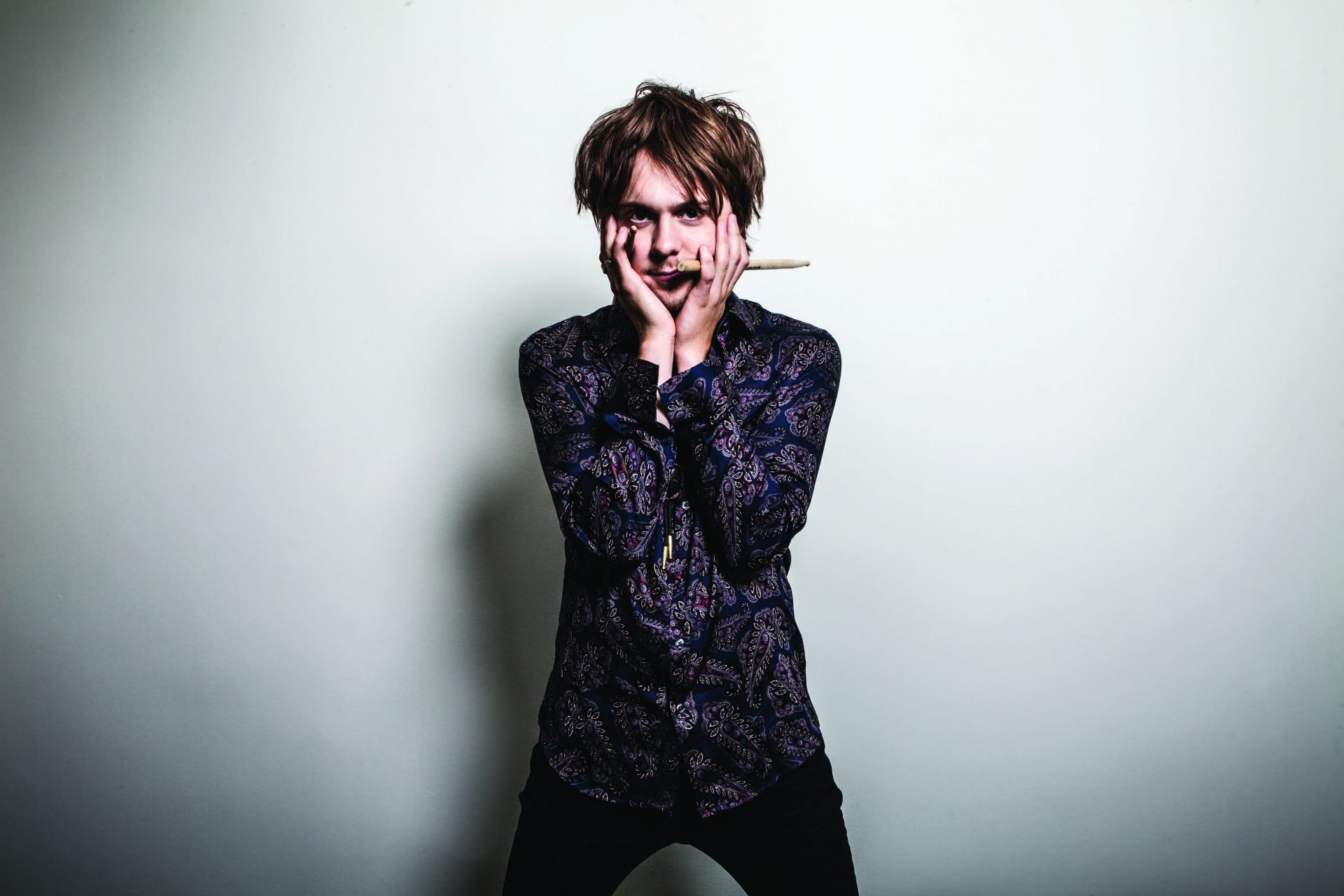 “Don’t correct people. Even if you know you’re right and the other party is wrong, just do this as a everyday courtesy.You know there’s Google. Chances are they’ve already looked it up.”

When Ellington Ratliff, drummer of pop-rock band R5, told me this was the best advice he’s ever gotten, I knew our time together was going to be really something.

Ellington hasn’t always been with the Lynch siblings, though. He explains to me that they actually connected at a performing arts center. Ellington was apart a band with some friends and the Lynch siblings just so happened to be there – very serendipitous. Once he joined the group, the band performed at the various Southern California fairs, and the rest just moved right along.

The group has toured so much of the world already and Ellington tells me some of their hotspots include Boston, L.A., and Japan. He says South America has been the most fun so far. “They’re crazy – but in a good way, you know?”

A group with a Disney connection can always be tough – especially when you want to talk about more mature or deeper topics, but Ellington assures me the band, R5 didn’t have this issue. “We had some help with our first record, but with the new music, we got less reign from the label and were able to do what we wanted creatively.”

He explains to me their EP, New Addictions, was just a product of that freedom. “Writing these songs just seemed natural and after recording, we picked the five best songs to feature.”

Ellington goes into detail about the group’s writing process. When writing new music, Ellington, Rocky, and Ross all collaborate. “Rocky is the main producer and I create the beat as Ross sings.” He says they’re always changing until they find something they like, but sometimes writing on tour can be tough – as they’re experiencing right now.

Ellington opens up about his long-term relationship with bandmate and girlfriend, Rydel Lynch. He tells me when they aren’t touring, his new hobby has been focused on his newfound love for home decor. The two recently bought a home in L.A. and have been making frequent trips to Ikea. “This wasn’t something I was into, but now it’s just fun going shopping and decorating your own space.”

As we talked about Ross and his involvement with the band, I had to ask about the upcoming Jeffrey Dahmer movie. “Wait. Are you a Serial fan?,” says Ellington. We went in-depth about the podcast S-Town, for a bit, before diving into Ross’ role in this movie. He tells me he has seen a screening of the film and Ross does an amazing job and is stoked for the rest of us to see it, too.

In his many, many years of being a musician and in the spotlight, he says in the moment you feel like quitting, that’s when you’re almost there. “Always stick to your guns,” says Ellington.

Watch the video for “If”, follow them on Spotify and check out the group while their on tour