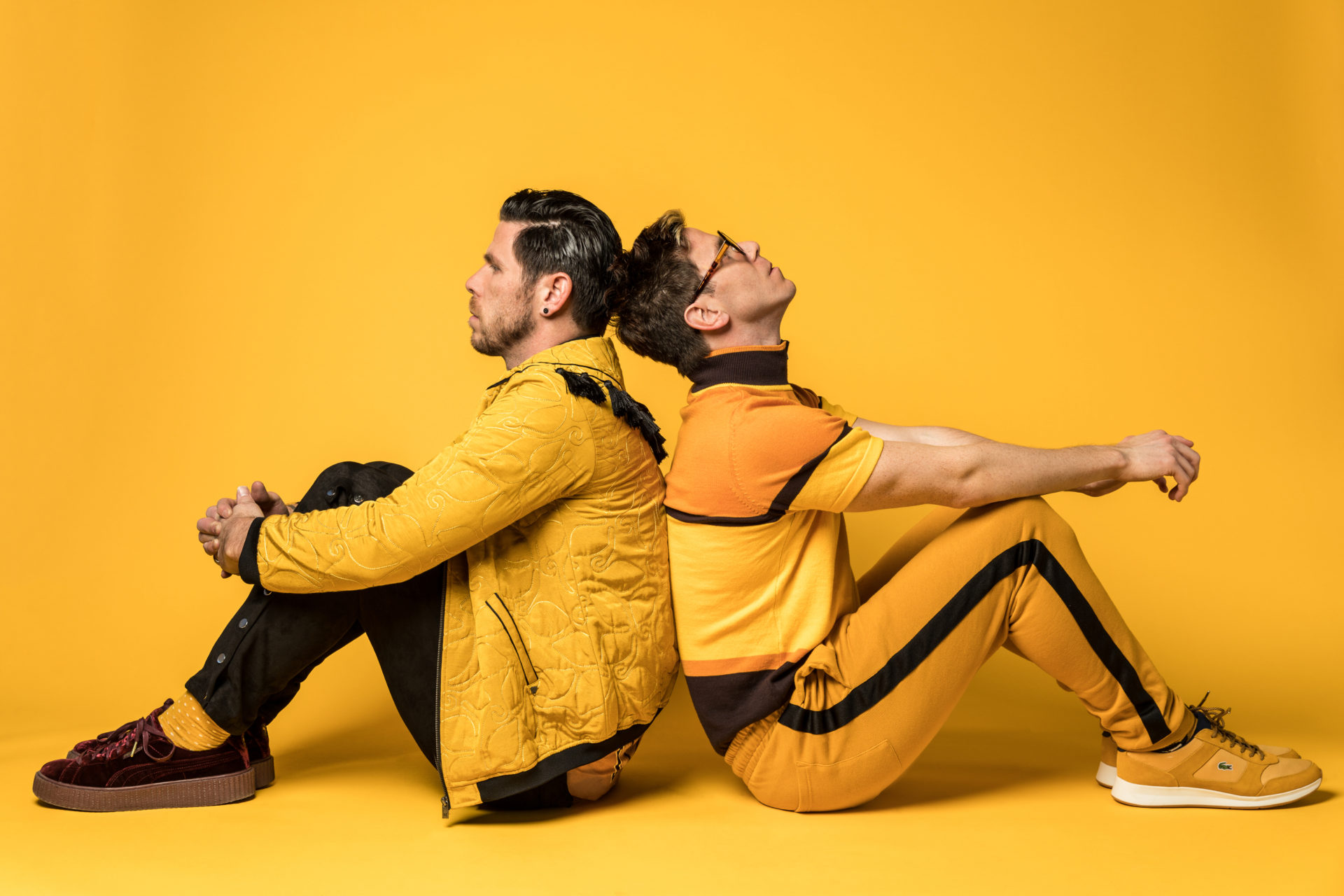 FF5 was performing at the Nashville House during SXSW and it was early, I mean it was probably like 1 p.m. but very early for me. As soon as they hit the stage it felt like a party. There was choreography and nonstop dancing.

FF5 is the brainchild of twin brothers Jacob and Joshua Olds. They explain, “Our parents were both musicians. Our dad was a jazz singer in the 70s and 80s and our mom was an opera singer. So we just thought, ‘oh wait we can do music too?’”

The group has seen many changes, but the brothers remain at the heart of it. They’ve had label changes and lineup changes but they’ve stayed true to their mission and their music. Their new music is more 80s flavored with massive amounts of energy. It just feels fun. Their latest song “Fire on the Highway” is the perfect example. The song is hook-heavy and infectious, but what had me hooked was their live performance.

They tell me, “Growing up and being a fan of live shows and music, we loves R&B and punk and just going to see different people performing. Watching people like Prince put on a show really inspired us. We thought ‘how do you do something different?’ not only are they interested in your music but seeing what you might do. Music has an incredible energy.”

That’s where they really understand an audience. Sometimes watching a band just perform on stage and stand still, it can get a little monotonous. Not to say the music isn’t important, but adding a little flair and showmanship has become a lost art.

They said, “I think if people don’t put on a show, then some people can just watch the video. You want to have both a good video, and a good live show but you want them to be entertaining in different ways.”

Their latest EP, El Compadre, encompasses that mindset. It’s the name of one of their favorite Mexican restaurants in LA and they’ve experienced career highs and lows there. They said, “This album, we started writing it in 2015, while we were on Warped Tour. Our vision for this record was influenced by 80s new wave and Prince and Michael Jackson. It’s really funky. We wanted a dance record.”

While they might have gone through a couple of phases as a band. The consistent is that they write with feeling. They explain, “We like to write music from our heart and from where we are standing in the moment so it would be rock, fun, or pop and it’s a challenge because everything we put out doesn’t sound the same and you have to reinvent yourself every time. Thankfully our fans know that. You don’t want to get stale you want to grow. We write what we feel.”

They’re best advice to young musicians is to just be as weird as you feel. They said, “Since we’re one of those bands that’s a little weird, be who you are, don’t try to be someone else.”