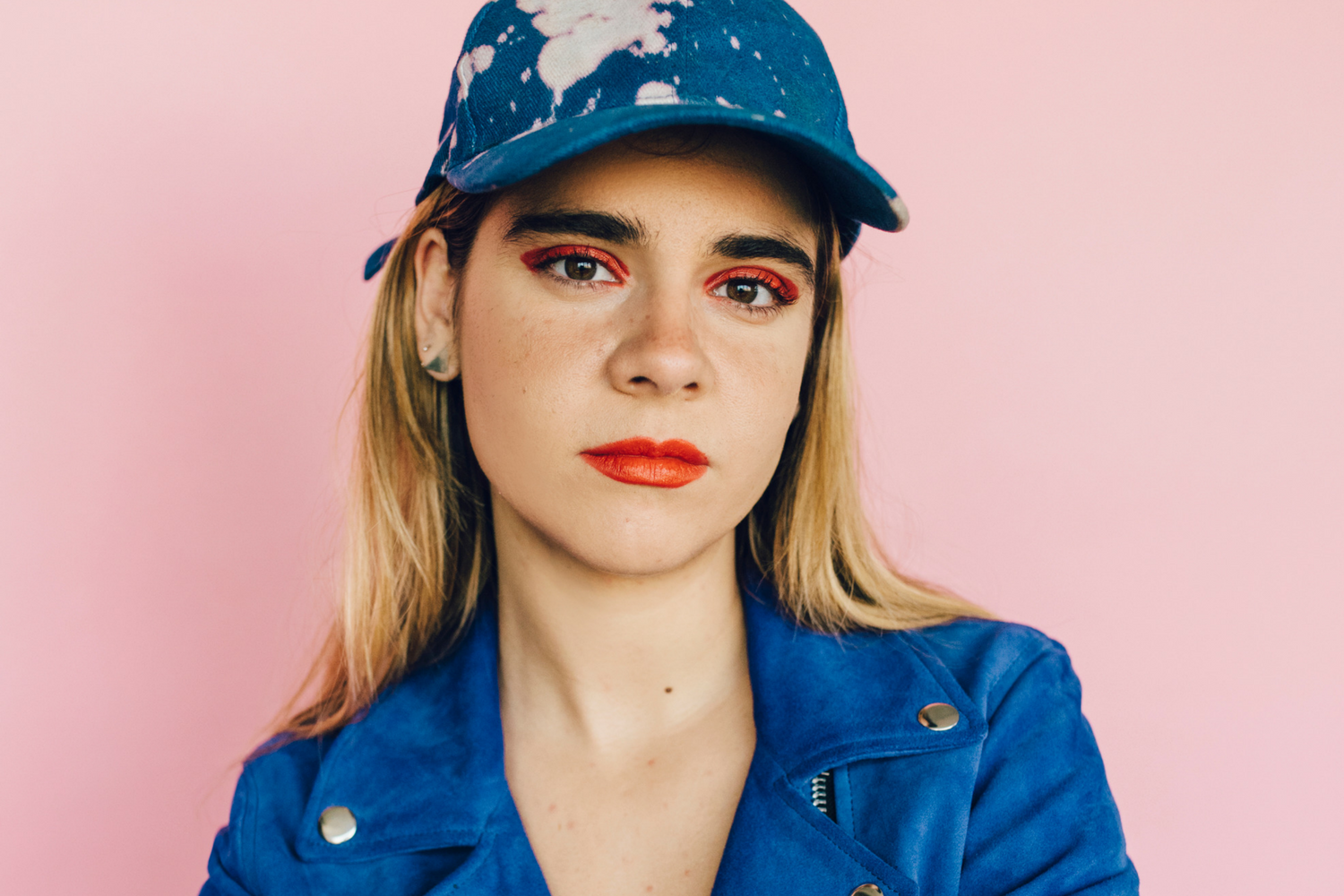 Gothic Tropic is the creation of Cecilia Della Peruti. The multi-instrumentalist that has created a lush 70’s inspired soundscapes that focus on her effortless guitar skills and dreamy voice. Her debut album Fast of Feast is the perfect example of how she blends pop and psychedelia. We caught up with her right after an electrifying set during SXSW.

Cecilia grew up in a musical family and originally she rebelled against the idea of following in her parents’ footsteps, but it was in her blood. She says, “My parents are musicians and they had me doing piano lessons when I was a kid. I was doing Fine Art and not music. I thought music was my parents’ thing. I was really shy and it wasn’t until 18 or 19 that I started playing shows. That’s when I started getting hired for gigs. I was getting piano and guitar gigs and it expedited my growth as a musician.”

That shyness comes up a lot, while watching her live you would never imagine she struggles with bouts of nerves. She tells me about a documentary called Beauty is Embarrassing the Neil Berkeley documentary of the artist Wayne White. She says,  “I identify with it 100% because there’s something embarrassing about being sincere and having a pretty voice and for a while I used against my natural voice because I thought it was corny to sound good. I was riddled with self doubt.”

She didn’t let that stop her though, and when I ask her how she gets over it, she responds with a quick “Fake it.” She elaborates, “I fake it and I still beat myself up, but I have a fearlessness I learned from being on stage.”

Her music is empowering, but also vulnerable. Her songs “Stronger” and “How Life Works” gained a lot of popularity but she took her time on the album and it shows. From start to finish you can feel her influences but not in a way that sounds derivative. She’s not trying to be someone she’s not. One of her main sources of inspiration is movies from the 70’s.

She says, “I work better under pressure and when I’m writing by myself I actually have a lot of different methods to get going. I get inspired by a lot of films, one of my favorites is Daughters of Darkness. You get those 1970s Italian film scores and I love those femme-fatale films that have these incredible scores. It shakes you up and takes you out of current music.”

While Gothic Tropic is a do-it-yourself kind of girl, she admits that one of her struggles has been working the industry. She managed herself for a long time but now has a team that she loves. She says, “I’m not on the music industry side, I don’t have those contacts, so finding your people that can elevate your voice is important.” Her persistence has paid off and she notes that even though it hasn’t been easy, she keeps going.

She explains, “It’s a long road. Something I learned was to keep focusing on the songs and the music and playing well and singing well. That’s all you can really do. If you start looking around and think ‘this person is ahead of me’ you're setting yourself up for failure”

Her best advice for young musicians is on that same thought. She says, “Don’t compare yourself to other artists. No one is doing what you’re doing. You want to fulfill this music in your head and that’s all you should worry about, it’s your craft that comes first. Don’t get hasty and feel like you deserve all of this, you need to realize that it’s an endurance game.”