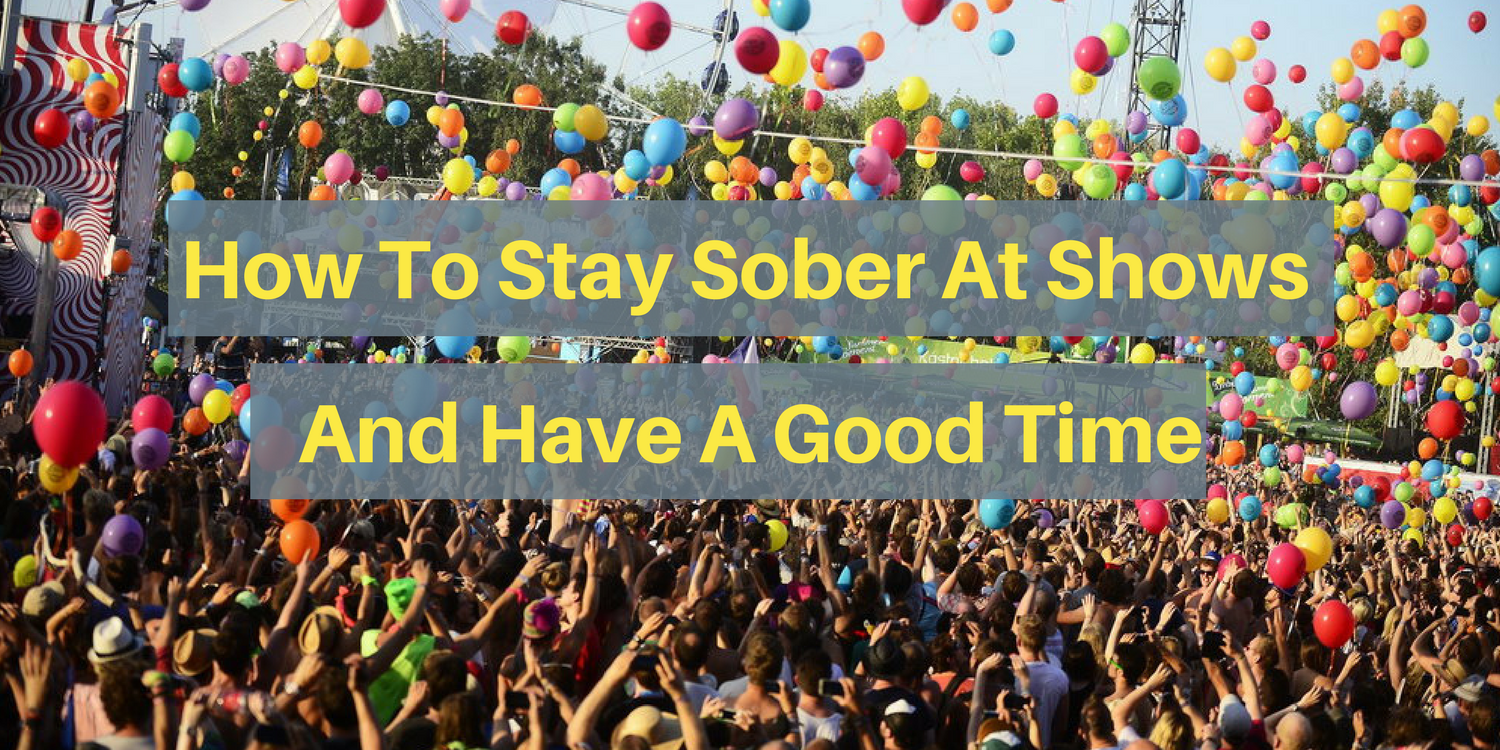 We live in an interesting time. Music festivals have become more mainstream in our culture as generations young and old flock to events such as Austin City Limits, Lollapalooza, and Coachella. People seem to find camaraderie in their shared tastes, often bonding over the bands they love. The greatest common factor for a large gathering of people at a festival is the love of music. But I’m here to talk about another factor that has a major impact on young people at these events...the use of drugs and alcohol.

You might hear some say “You’re not experiencing the way it’s meant to be” if you don’t partake in the excitement of a drug-fueled high while at a festival or concert; but reality begs to differ. From my own personal journey, having been to Austin City Limits both stoned out of my mind and bone-dry sober, I will gladly tell you there is a huge difference.

Here is why staying sober (or at least within your wits) makes for an extraordinary experience, and also some tips on how you can maximize your sober fun!

When I went to ACL last year, I started getting high immediately from 11 A.M. to about 8 P.M. I saw AWOLNATION, Die Antwoord, and Radiohead. And I barely recall a thing! In fact, I fell asleep halfway through Radiohead's set, which was really disappointing because they are one of the band’s that got me through high school. This year, I saw a ton of bands and I can remember everything! Chance the Rapper, Red Hot Chili Peppers, Portugal. The Man, Foster the People, just to name a few. I could relive it over and over in my mind, and every time I do I get excited.

Both times I’ve been to ACL I’ve gone by myself, and while usually the people at this particular festival are pretty friendly, you can never be too careful anywhere you travel-especially if you’re alone. When I was getting high at this festival, I made some bad choices and took stuff offered to me from people I didn’t know, and it was definitely potent. I wasn’t aware of my surroundings, and, as I mentioned earlier, I fell asleep on the grass during a performance. While nothing happened to me, not all women are as lucky, so I urge you to always consider your safety first before using any substances or alcohol. In a clear state of mind, I could focus on what was in front of me and where I needed to go. I was much more concerned for my own well-being, and I didn’t take myself for granted.

When I was at the festival doing drugs, I didn’t realize it at the time, but looking back on it, getting high was more important to me than the actual music. I didn’t make any real connections with anyone I met. It was all about “What do you have and what will you share?” Beyond that, I was too anxious to talk to people, and otherwise preoccupied with my never ending flow of paranoid thoughts. But my more recent sober trip to Austin proved itself a wealth of meaningful friendships. I got to actually talk to others about my interests, hobbies, and – of course- music. In return, they shared with me their background, thus we bonded over common-found interests.

So those are just a few things that make sober concerts fun and fulfilling! A few pointers from a pro sober-concert goer: