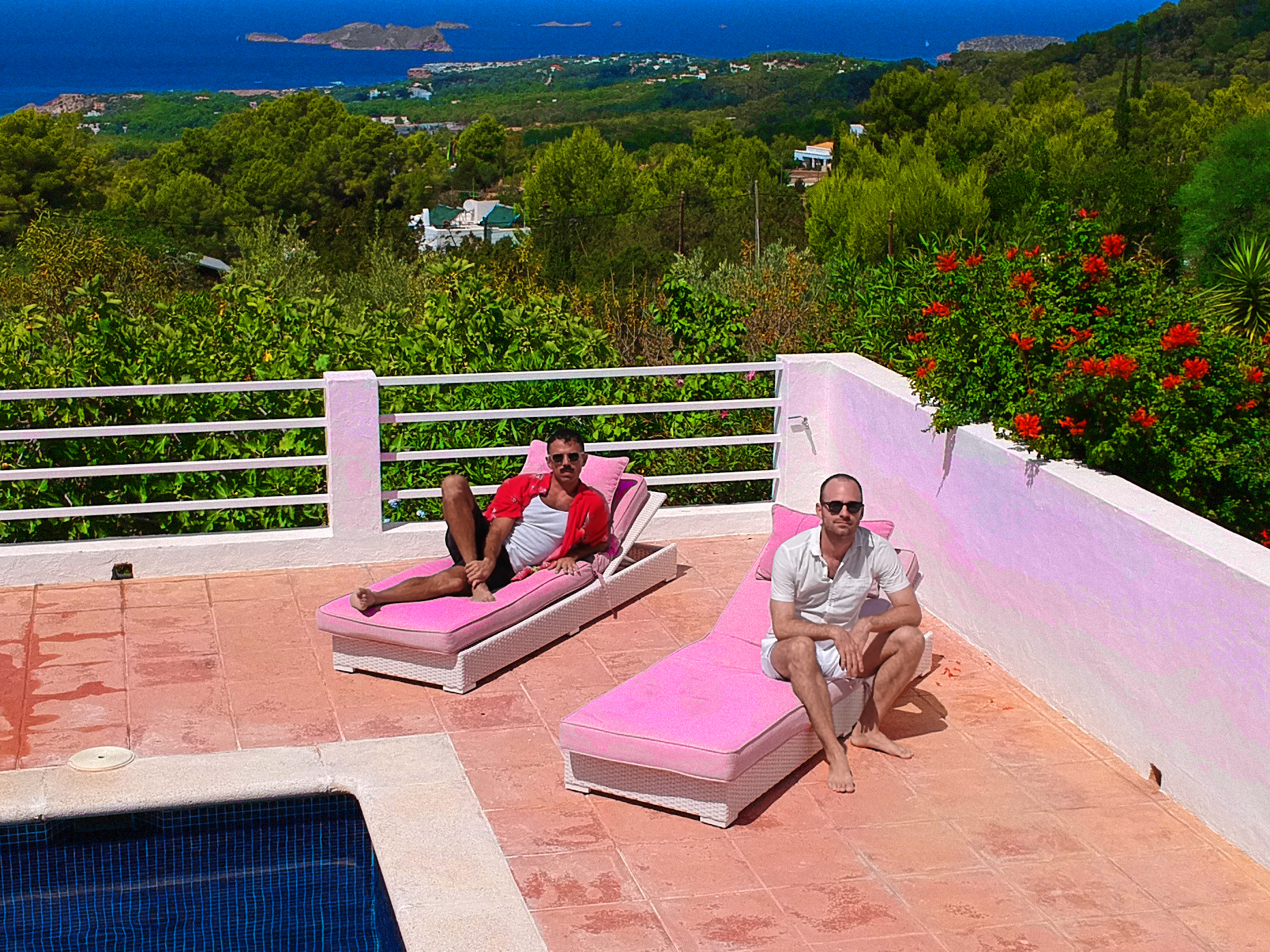 Crush Club is like what summer sounds like in music form. The duo creates high-energy sparkling tracks that instantly hook you. We talked to them about their tour and the sweet inspiration behind their song "Higher."

How did Crush Club form?

Le Chev: It’s a classic big city story.  A couple misfit artists trying to find their way, we met each other partying and playing shows with lots of mutual friends in New York.  From the moment we were introduced, it was clear that we shared a similar vision of what music can be, what music can mean, and what we wanted to do with it.

Tell me about your song “Higher” what’s the story behind it?

TC Milan: When Prince died, we were incredibly disheartened.  He was such a beacon of blurred sexual lines and musicianship in the pop world. The song began as a letter to him, and later become a commitment to self actualizing.  The goal of the song is to make it impossible not feel joy.

You’re about to head out on tour! How do you prep?

Le Chev: Opening for Sofi Tukker is no joke. These two put on one of the best shows we’ve ever seen, so we went IN prepping for this tour.  Rehearsing, making the perfect setlist and even building our own lights, we couldn’t be more excited about this first tour.  LP Giobbi is DJing the whole thing, so the energy is crazy. We’re actually screaming positive things at each other all day long.

What has been one of the biggest challenges for you during your music career?

TC Milan: Always the trick for a new project is getting that first break, or champion, where other people see it and start to believe.  We have been incredibly lucky to have a recent champion with Annie Mac naming our track “We Dance” (feat. Supermini) the “Hottest Record in The World”.  Having followed Annie for years, and loving her taste, we’re absolutely thrilled.

Le Chev: We try to make it to Ibiza every summer to hear what our favorite DJs are into, and hear all their unreleased tracks.  A few years back we started going and it’s an incredible sneak preview of what’s to come.  It’s not all business though, it’s also fun.

What is your best piece of advice for young musicians?

Le Chev: Make what you like and collaborate!  With so much awesome tech, it’s easy to fall into isolation, and get stuck in your bedroom on a laptop.  There’s so much to gain from sharing and learning from your music community.