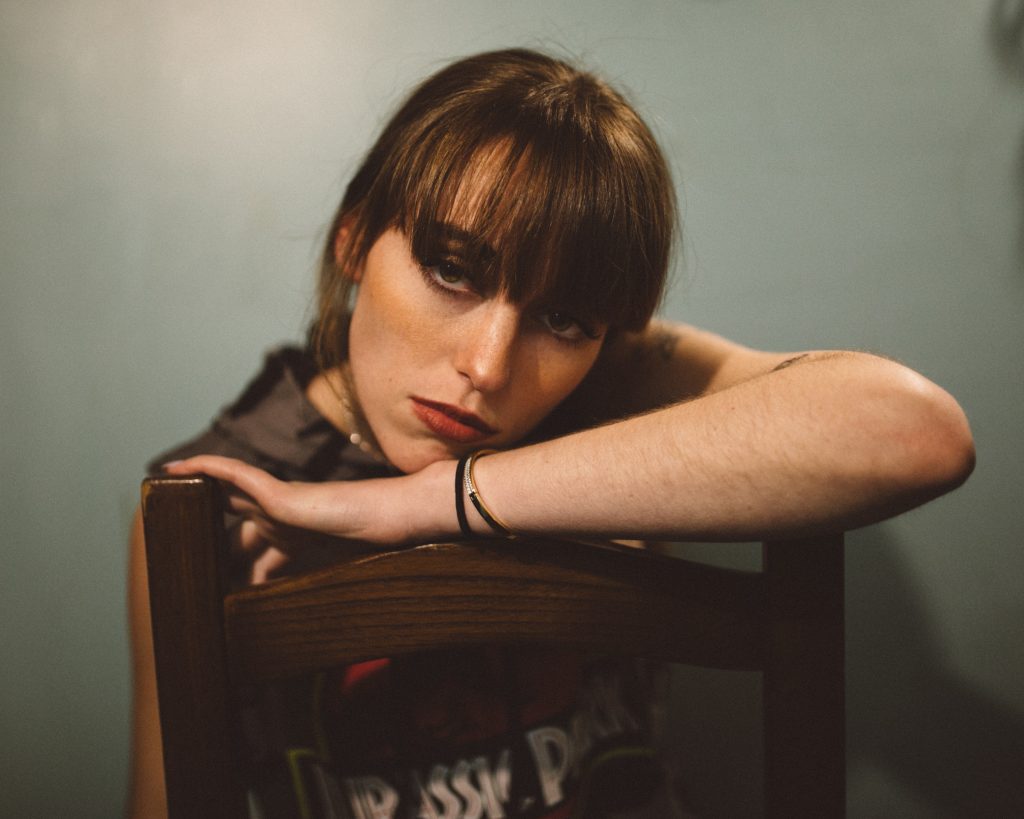 You don’t really think of Reddit as a place where pop stars are found, but that’s exactly where singer and songwriter Sasha Sloan was discovered. “My parents were painting the outside of our house and when they got to my window they wrote ‘dork’ in massive letters pointing to it, so I posted it online and it made it to the first page of reddit. So then I posted my soundcloud link in the comments and a couple weeks later I was signed as a writer,” explained Sloan.

She left Berklee College of Music where she was studying music business and got her start writing for artists such as Camila Cabello, Charli XCX, and Kygo. Sloan is credited as one of the writers on Cabello’s hit “Never Be the Same” and said that working with Cabello helped her feel more confident in her journey to make her own music.“I got to work with her right after Fifth Harmony split up so I got to see her really become herself, which was really inspiring as someone who wanted to put music out” said Sloan.

Sloan takes a much more personal approach when it comes to writing her own songs, drawing inspiration from just being alive, “Sometimes I don’t really realize something has inspired me until I write a song about it.”

Her last EP “Sad Girl” was actually an accidental foreshadowing of her breakup, “I was writing these songs about breaking up with someone and leaving and not being happy and slowly I realized ‘oh shit this is coming from deep inside of me’.”

This emotional authenticity bleeds through the EP and makes its way seamlessly into her newest single “The Only”, which opens with “I can’t be the only one who’s lonely tonight, I can’t be the only one who’s drinking by myself, wishing I was someone else” two simple, but poignant claims that resonate because, of course she isn’t the only one. We all go through that, but not all of us have the ability to sum it up so perfectly in two and a half minutes.

“I think people are just craving authenticity,” said Sloan about the rise in artists who write their own music, “I grew up listening to Brandi Carlile, Joni Mitchell, and Regina Spektor so for a long time I just thought everyone wrote their own songs. But being a writer for other people has allowed me to see the other side and really understand it.”

It’s Sloan’s authenticity and dedication to truth that makes her music so relatable and moving, “I actually had a girl come up to me and say that ‘‘Runaway’ inspired her to breakup with her boyfriend, and I was like ‘oh jesus christ I am so sorry for this boy’” Sloan laughed.

These types of interactions with fans has helped her become more at ease with herself, “I have crazy anxiety and insecurities, and when people come up to me and say that ‘Normal’ made them feel normal or another song helped them through a breakup. In a weird way that makes me more confident in being myself and being vulnerable and like it’s ok to be fucked up and not just that shiny pop girl I thought I had to be.”

One of the most important things art can do is connect people to feelings they may not know they even had. Sloan’s music does just that, and she’s just getting started.

“The Only” is the first single from an EP that will drop by the end of 2018. Meanwhile she is making her way across the country on a fall tour with EDEN. She will also be playing Austin City Limits, as well as two solo shows: one at Mercury Lounge in New York, and the other at Moroccan Lounge in Los Angeles.