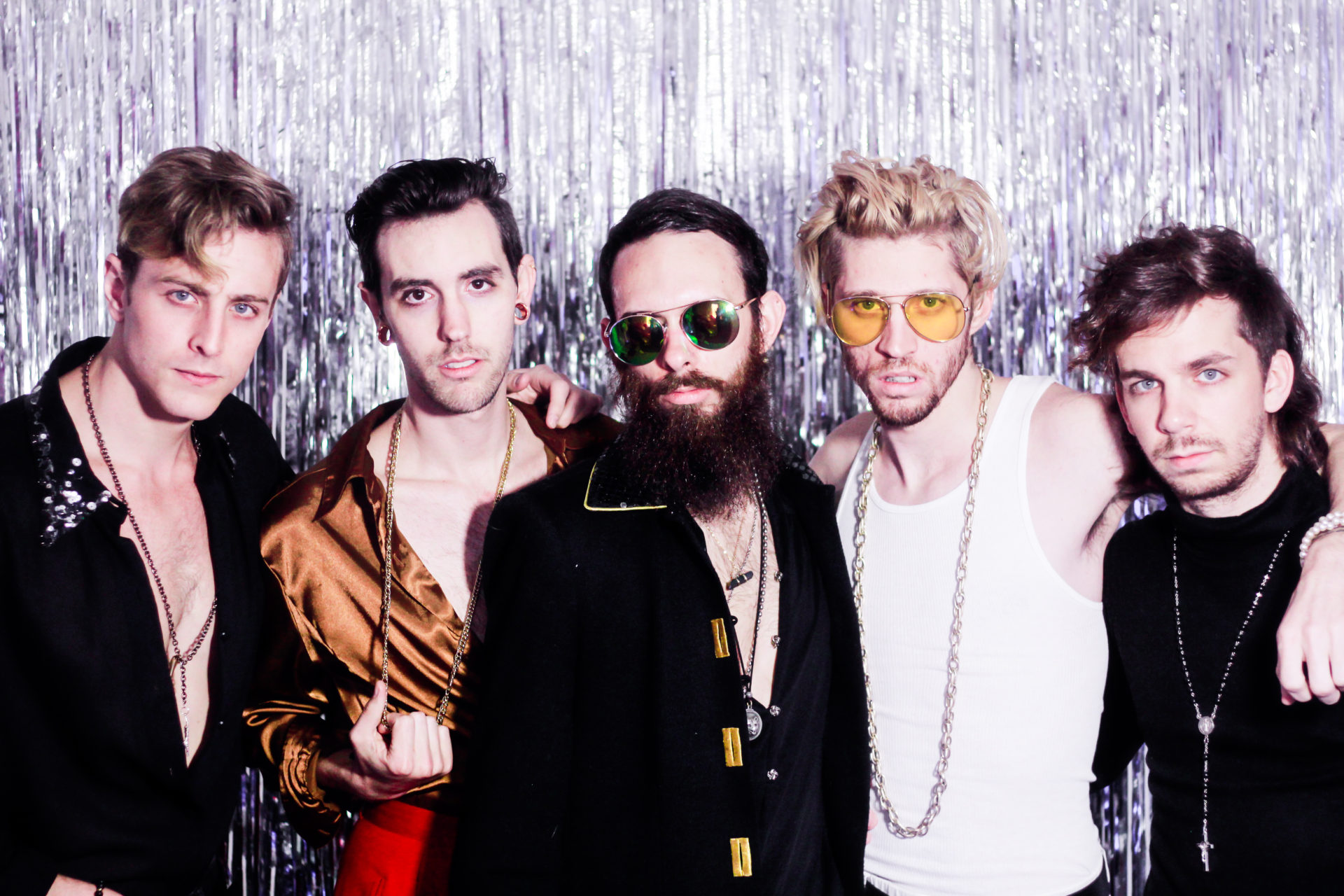 One of the best parts about the growing and adapting scene here in Nashville is the opportunity for acts to emerge in their own unique way. Back in 2014 I remember one of our local stations playing a track from a new rock pop band called Jet Black Alley Cat. Obviously with a band name like that and a debut single titled “Poison”, they had my attention. The group would continue to grow and build over the last four years, with airplay on MTVU, Journey’s Stores, and local radio outlets. Following their 2017 EP release of “Part One”, the band have released “Motel” for our summer enjoyment. We caught up with Christian Harrison (Guitar) and Joe Wilkinson (Vocals) to learn more about what makes these cool cats purr.

How did the 5 of you meet? More so, how did the idea of Jet Black Alley Cat come about?

CHRISTIAN - Joe, Zach (Guitar), Cris (Bass) and I met at MTSU during our college years. We always played music but never could really put all the pieces together until 2014 or so. We met Bryant (Drums) through some mutual friends who knew we needed a drummer, and that's when we released “Poison.” We feel so lucky to have 5 guys who are so passionate about making this work.

With the release of Part One last year, how long did that project take to come together?

CHRISTIAN - Part One began back when we first met. We initially released one song & video at a time. Just trying to learn what it meant to be a band and to put out a record that deserved attention. Part One was a very youthful first step … and I think you can hear that in the record. It was an accumulation of all that we had learned and all that we had felt in those first 2 years. We’re very proud of how it turned out.

I've seen you guys a couple of times here in Nashville (what up) and you've shared the stage with some big names. What's it feel like to be at the table as some bigger acts and headlining your own shows now?

CHRISTIAN - We’re always grateful for the opportunities we get. Shout out to Grant Evans for putting us on some great shows in Nashville back when we had no fans and giving us the chance to grow. It’s kinda surreal now to have sold out several hometown shows and to have fans that are so involved in what we are doing. But honestly, we just keep our head down and keep working. Clutter is everywhere just waiting to swallow you up.

"Miami Baby" has been out for almost a month, you mention that this track is the beacon for what's to come. Why did you guys pick this track to be that?

JOE - It was the first song we wrote of this group of tracks, and all of us could feel it was the start of our next project (at the time not knowing what that project would be). It had such a contagious energy about it that the 2 or 3 times we played it, the crowds were so into it. Once the vision for MOTEL started to become more clear, it was obvious “Miami Baby” was the centerpiece to the idea. Originally we weren’t going to release a single, we were only going to put the EP out as a whole. But when we decided to go the single route it was obvious we wanted Miami to be our beacon.

Let's talk about the newly announced EP MOTEL. What led to the creation of this set of songs and what inspired this piece of art?

JOE - Our band and our songs are a product of where we are at in life at the time. I think we were searching for a renewed sense of eagerness and spirit just in general. We had stayed in a couple of cheap MOTEL rooms back to back on a set of dates in the middle of the writing process when that feeling of being young and running wholeheartedly after what you want started to consume me. All the songs are about feeling strong. I think that’s so important, to FEEL strong about your look, your walk, your confidence in general. I wanted those who listen to the record to be encouraged as well. That sometimes we fall into slumps. That’s part of the process. Be strong in those moments. Find ways to keep yourself motivated & pursuing dreams that may feel so far away still. God, I love this record and what it means to me.

JBAC has a swagger to it, you carry with you on stage, on social media, and live. How has fashion played a part in the development of JBAC?

JOE- We’ve placed fashion at the forefront. I think it stems from us wanting to be different from all the other bands, and it’s something we also enjoy in our everyday life. Being yourself … with extravagance, confidence, and expressing yourself how you wish to be seen. Hopefully our visual presentation on stage represents the same youthful energy that our music puts out. Showing that life is full of experiences and trial and error to learn what works best for you.

It's always cool to hear from artists about who they are currently listening to, what have you guys been digging as of late?

JOE- When I say we are extremely individualistic, I’m being serious. Everyone is listening to something different at the moment. Bryant is spinning the new Post Malone, Christian is listening to Kasey Musgraves. I’m currently into old INXS stuff & the Top Gun soundtrack. Cris & Zach both go through phases of hip hop and dance jamz. I like that we are all in our own music worlds at different times.

What's the summer and fall look like for JBAC and what do your fans need to be on the lookout for?

CHRISTIAN- Summer will be our first full US tour that we are extremely excited to announce. With the release of MOTEL and our photo journal that will accompany it, we are doing a couple record shop performances and signings along with the shows across the US. This EP is meant for summer and the fact that the timing lined up so well for us to be out and have a few more intimate shows has really gotten us amped for this run. As we look to the rest of the year, we have a lot to figure out. It’s a transitional time for us in terms of sound and exactly how we want to move forward. For those who follow us, we’re on the same journey so it will all be done together.

With the new EP and a following tour this summer, Jet Black Alley Cat are setting themselves up for a big turning point for the band. Make sure to follow them online and check them out if they come to your city. Also make sure to check out my personal favorite from the EP, “Nightlife”.