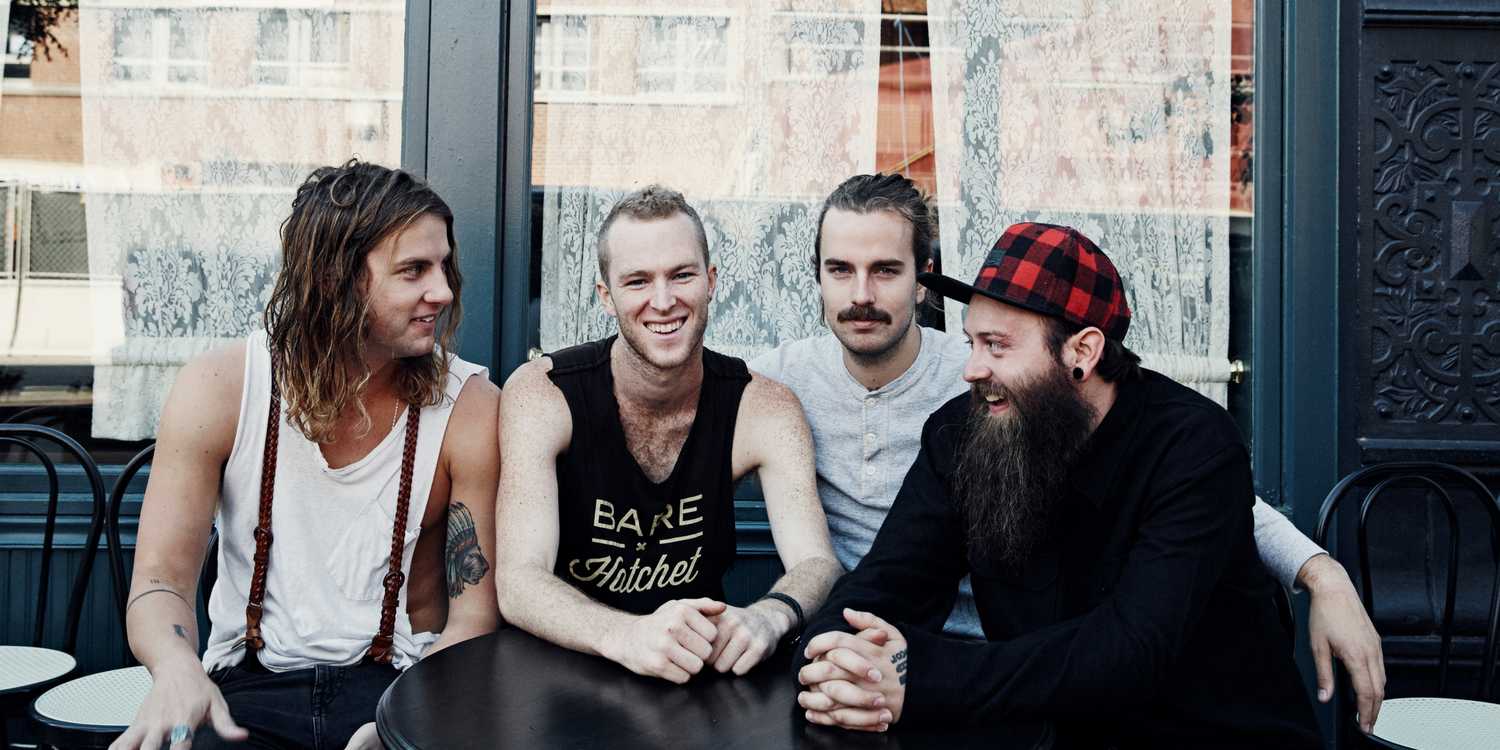 A baseball player or fashion designer, pro skateboarder or surfer, helicopter pilot (you know, like the kind you see in ski movies), and a coffee roaster. Seems like an eclectic bunch of individuals, but this is exactly what the Nashville-based group Judah & the Lion would have been if they hadn’t met and pursued music. While things don’t always pan out the way you imagine, these guys seem to be handling that just fine. The band is composed of frontman Judah Akers, drummer Spencer Cross, mandolin player Brian Macdonald, and banjo player Nate Zuercher.

I got to speak with Spencer before the band heads out to their busy summer touring with Twenty One Pilots and New York City’s music festival, Governor’s Ball. Cross says the group still travels in a van so getting out and staying active is a priority for the group. He says, “We’ll walk around the city looking for coffee after soundcheck, and sometimes it’s just throwing a frisbee at a gas station stop.”

The best part of seeing a new city or even returning to an old one is the delicious food you get to eat. Cross says the group’s go-to comfort food is Ramen, and he tells me the band is fueled by coffee. Hometown shows are always a favorite for a band, so when coming home to Nashville, Cross recommends Baja Burrito or the Troyathalon and sweet potato fries from Burger Up.

Their latest album, Folk Hop N’ Roll was created for a live performance experience, and their latest single, “Take It All Back 2.0” shows just that. “There’s nothing better than hearing people sing along to your song! We’re so honored it’s gotten airplay and we’re happy people are enjoying the song,” says Cross.

The group is known for their alternative sound and seem to transform from each album pretty seamlessly. Cross says, “As we grow as a band musically and relationally, we are learning more and more about who we are as a band and as people.”

Inspired by artists like 50 Cent, Coldplay, Billy Joel, Tom Petty and Blink-182, staying true to your creativity is big for artists, and Cross understands that. “We’ve been on quite a journey discovering who we are from album to album; the thing that doesn’t change is just us trying to be as honest and true to ourselves as possible,” says Cross.

One of the band’s well-known songs is titled, “Mason-Dixon Line.” The chorus goes:

Should this original plan not work out and he had to retire above the Mason-Dixon line, Cross says they’d head to Vermont or New Hampshire or even Colorado. Somewhere with mountains, a log cabin, and a roaring fireplace.

Speaking with these guys you can tell they’re incredibly humble. Cross ends our interview with some words of advice. “Don’t worry about what other people think. Don’t judge people. Be kind to all and really listen to others.”

Watch their video for “Take It All Back 2.0” and see them tour with Twenty One Pilots!