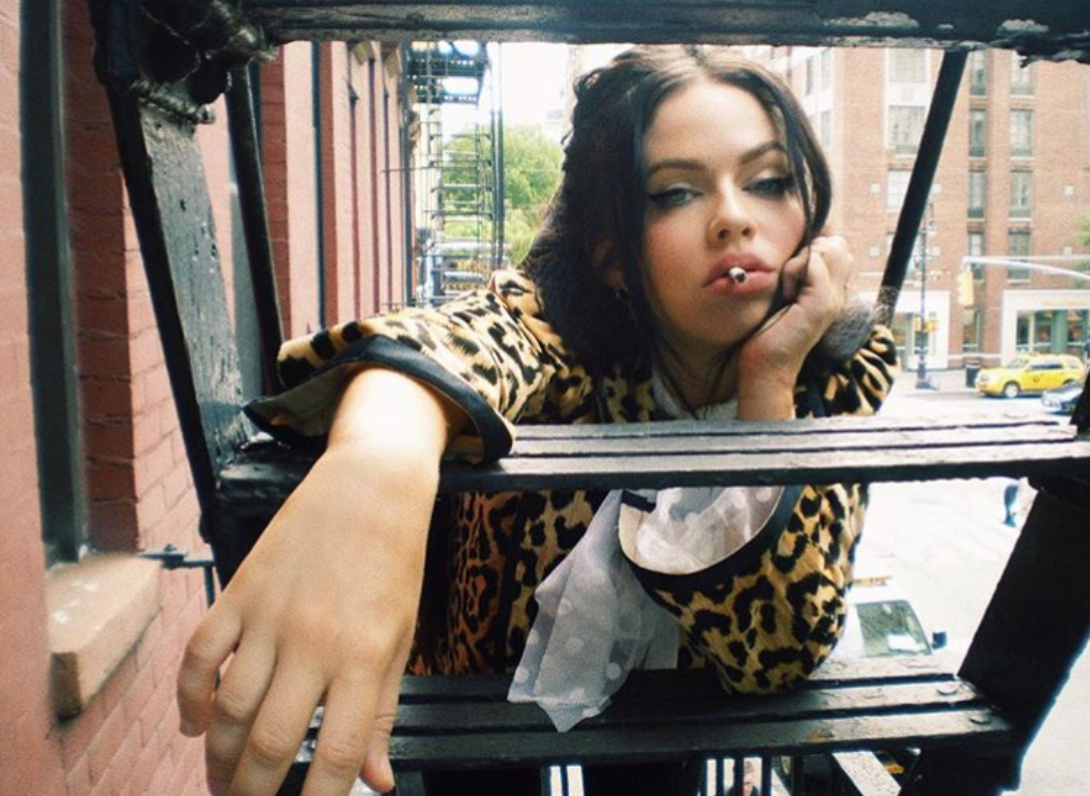 Kelsy Karter is the exact kind of voice I love to hear in music. I love a badass femme rockstar. She draws inspiration from 70s classics but puts a little edge on them and a little more style. We talked to her about her aesthetic, new music, and why we need more female rockers.

Let's start with how you got started in music

Kelsy: Well, my family is all jazz musicians, so I was immersed in it from birth and then growing up-- so I played instruments growing up. I was a very good flute player funny enough. Probably the most un rebellious instrument that there is. I did that, but I was an actor as a kid. I didn't grow up planning to be a musician or a singer. I grew up in the theatre with film and television, and I just sang in support of that. It was never a goal of mine to actually be a singer and then one day it just kind of-- I realized that most people were telling me I had a good voice and I was like, "All right. I guess this is what I'm going to do.”

I love your sound. Could you tell me how you were drawn to that?

Kelsy: It's funny because I've kind of had a bit of an evolution as far as the sound goes. I grew up on jazz and also soul records. I was always really into the music from the '50s, '60s, and '70s. Then when I got into high school, I discovered rock and roll and it kind of changed my life. I always felt like I couldn't really do that with the state of the music industry and so I was kind of trying to create a hybrid sound that would be modern and kind of old at the same time and I was kind of toeing the line between pop and alternative. Then my whole world kind of flipped upside down. Just a lot of things all happened at once. It kind of made me have a bit of a meltdown and be like, "You know what. I'm going to die happy and I'm going to make rock and roll the way I've always wanted to make it.”

I love that because I want way more female rockstars.

Kelsy: There are not many girls doing it, and I want to fill that role. I want to help bring back rock and roll in a feminine way. We need more female rock stars, and especially in today's day and age, it's a woman's world now. I have a responsibility to fill that hole.

What else has been the biggest challenge for you as a musician?

Kelsy: Well, there's two things. A big thing on a personal front is being away from my family. I realize how awesome of an upbringing I had and how great of a family I have being out here. But also probably getting in my own way. I'm not very patient, so I need to be a bit more patient with myself because you can sabotage yourself if you aren't careful I guess. For me, the law of attraction is so real and everything you put out there and everything you speak to the world it responds to you, and it will give it back to you in a way that you are giving it to them. And that means at times I've kind of let myself down, the negative side of me and the pessimistic side kind of take over and it's something-- it's me gotten in my own way. So that's probably a big one, just staying on top of that.

Can you tell me the story behind your song, “God Knows I've Tried?”

Kelsy: Well, going back to tell you about the year that I've had, I was always very rebellious, and I just have this need to do things that I'm not supposed to do. And as a kid, that's one thing, but as you get older you hurt people and I just had this-- I had to kind of get out my apologies for all the things that I've done and that was also kind of a way of me embracing who I am because I've tried to be good in a way that society tells you to be or the right way to do something and I think there are certain rules that you can make for yourself and I've done that. And it was kind of a love letter to myself but an apology letter to everybody else. And we wrote that song I think in March or April and I cried the whole session but it was so therapeutic.

What's the next step?

What would you say your aesthetic is?

What would be your best piece of advice for young women? Either in the music industry or just young general?

Kelsy: It's a hard time for women right now. And I think that too many women,  they're afraid to speak up and be different and what they don't realize is that is what's going to make their success, and that's what's going to make their happiness in the end. I've been so lonely at times being this rebellious spirit and being somebody that always wanted to be different and it's been lonely at times but now I'm top of the world now that I've fully embraced who I was and made the reason that people can connect with me. We've all got that special something that is meant to be shown and meant to be amplified and when you embrace that part of you, the world is yours.