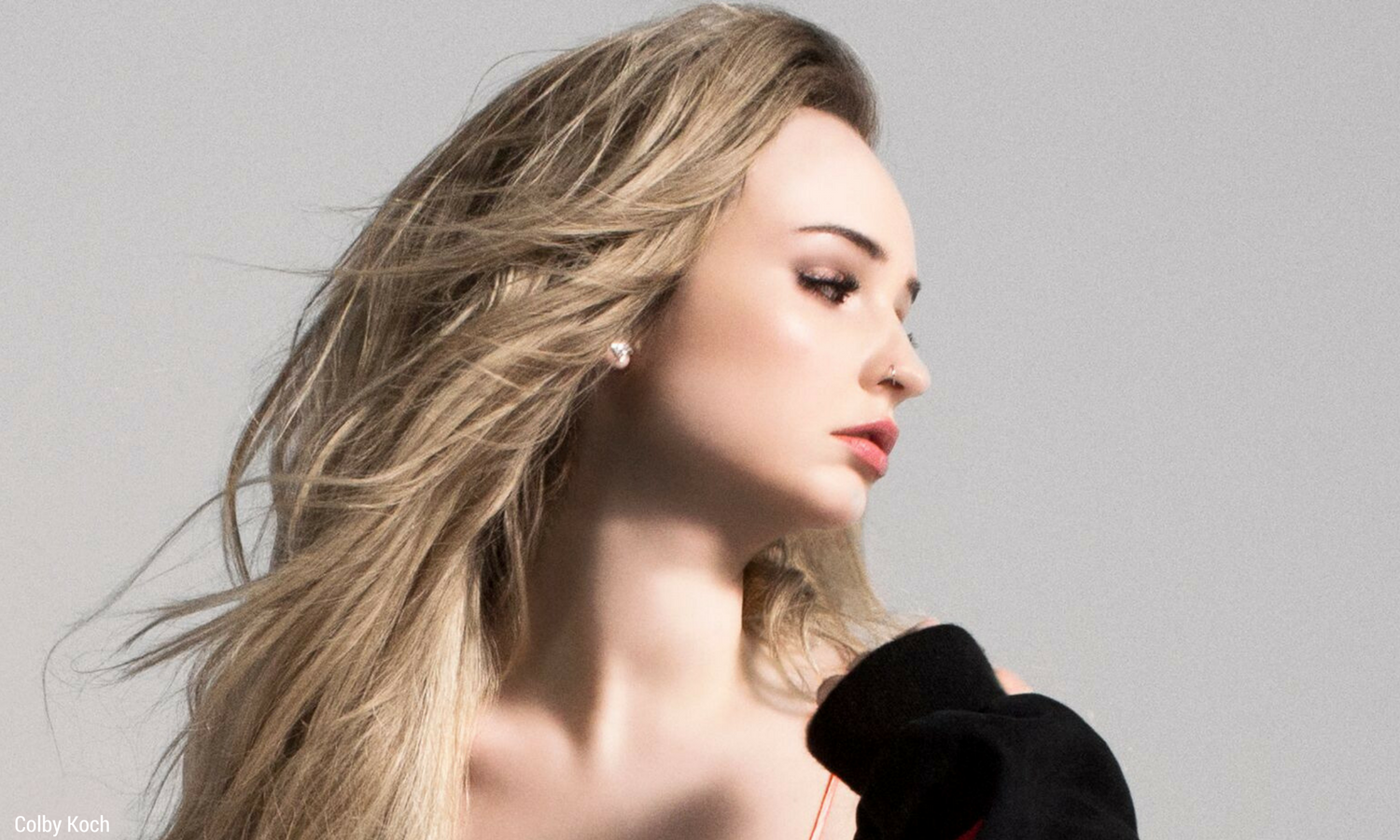 When I first heard Kim Petras sing “I Don’t Want It At All” live I was floored. What an incredible voice! The song that’s the most unadulterated and pure pop song was actually based on the most relatable experience of all…a trip to Sephora.

She says, “I had a music meeting that went well one day and my manager took me to Sephora and told me I could get whatever I wanted! When he saw the total he got super tense and as soon as the cashier lady noticed that she said “just close your eyes and swipe it sweetie!” I thought that was the coolest lyric ever so the next day when I got to the studio we wrote “I Don’t Want It At All“ as a result of that!”

Kim has an interesting backstory, she was the subject of international news for a while having undergone gender transition at a very early age, but she doesn’t want to be known for just that, she’s also a talented singer and clever lyricist.

She says, “Well for a lot of people I think transgender is just another box to categorize people in. The one thing I can say is that when it happens to you it feels completely normal and everybody around you. I always knew I was a girl and always behaved like a girl. My mom and dad always knew I was a girl since they were around me every single day. Being transgender can easily leave you an outcast at school and make puberty even harder than it already is, which is part reason for the extremely high suicide rate for transgender people. At the end of the day no matter the gender or sexuality people are just people with all the same feelings and hopes and dreams and insecurities.”

Kim grew up in Germany, in a musical family. Her mom sang jazz and her dad plays 8 instruments and even if that seems like a fairytale life, she almost envied the American lifestyle, and especially the music. She says, “Schools in Germany are very strict I’d say and very focused on mathematics and science. I never really liked school that much since I always wanted to make music. I can remember always being obsessed with American pop culture and I used to record Britney Spears and Christina Aguilera interviews on VHS and repeat what they were saying and I kind of learned English that way!”

Along with growing up in Germany, she didn’t have a lot of a music scene. She struggled to find people to work with and she didn’t know anyone in the industry. She just started knocking on studio doors. When she moved to L.A. she slept on studio couches for months and worked with anyone she would and when she was low on money she would find couches to crash on.

Kim’s songwriting process has changed over time and it changes with every song. She says, “One day when I was sad I kind of just decided to be dramatic about it and write a song. I’d say I was about 12. The song was really bad but it automatically felt really good to find the right words for how I felt. So, from then on I just wrote more and more songs until they were
good and now I released my first official single.”

Her work ethic really shows in her process. She becomes obsessed with her writing, saying she would disregard her social life and write songs in her mom’s basement so the neighbors wouldn’t complain.

Kim explains, “As long as they mean something to me, I’ll finish it no matter how long it takes. I’m very persistent and not happy until I find exactly the right lyric and melody. I’ve definitely spent weeks over weeks on songs before until they were perfect. I strongly believe in quality over quantity. When something’s good I’ll polish and fine tune it until it’s perfect.”

One thing that stands out about Kim is her pure love for pop music. While some artists look at it as an insult, she embraces it.

She says, “Pop is my main passion in music! I love every genre in music! To me no matter what genre, when a song is well written and structured it automatically becomes pop. I’ve never been more obsessed with anything in my life than with what makes pop songs so good. The thing all great pop songs have in common is that they all make you feel something and make you forget your problems for 3 and a half minutes.”

Her best piece of advice for young women is easy. She says, “Follow your heart and do what feels right to you. Don’t let anybody tell you, you can’t do whatever you want and be whoever you want to be!”