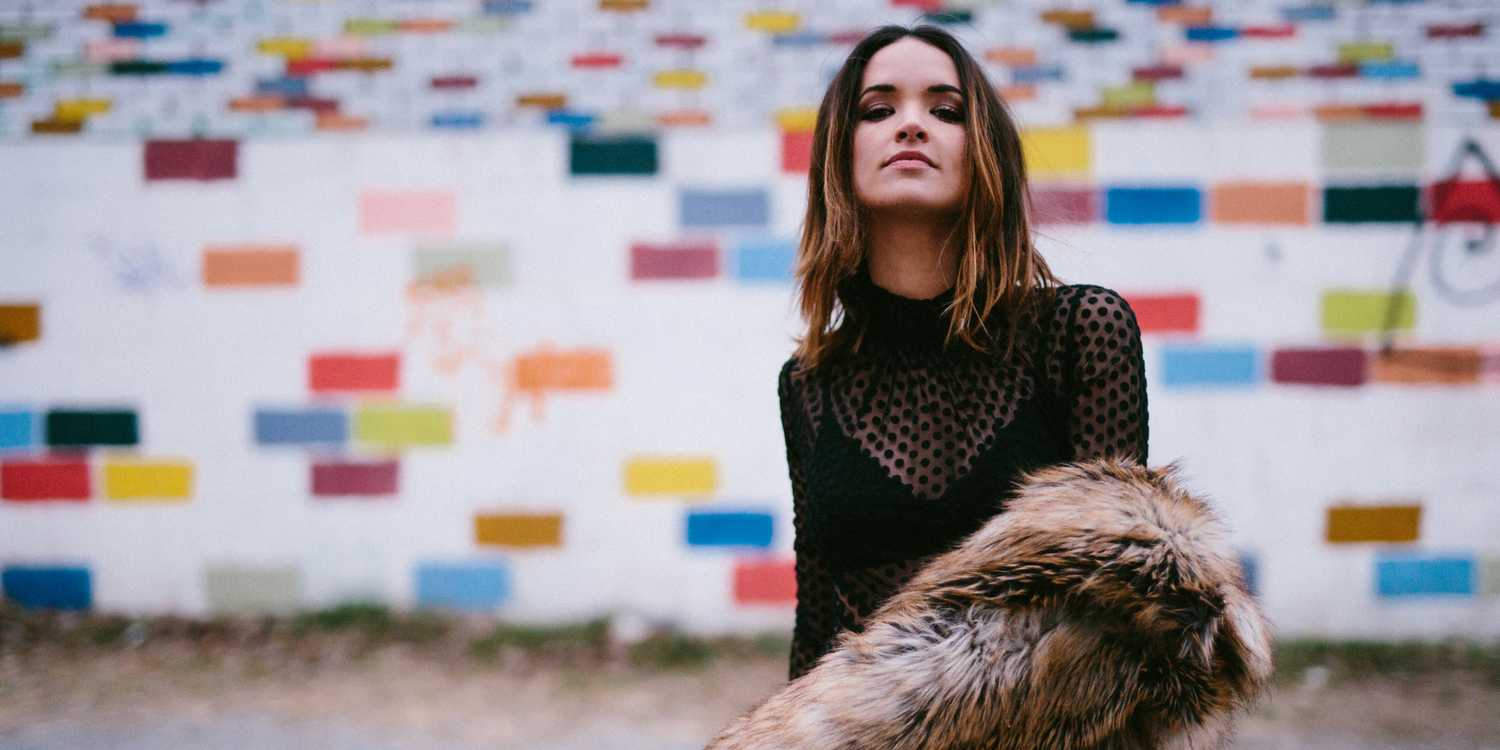 You say unpolished like it’s a bad thing. That’s exactly the vibe singer and songwriter Liz Huett gives us in her debut single, “STFU and Hold Me.” Liz Huett’s name and voice shouldn’t be all that surprising. It’s no secret she was once a backup singer for Taylor Swift. Yes, that Taylor Swift.

After a few years on the road, however, Huett tells me she was ready to branch off and do her own thing. “I got to work with one of my dearest friends and I was close to everyone. It was intoxicatingly fun.”

However, she goes on to tell me she wasn’t creatively fulfilled. “I wanted to develop myself, artistically,” says Huett. “I knew the clock was ticking and I didn’t want to regret not trying.”

Huett says she’s always wanted to be a performer. “I love the arts – theater, music, entertaining people. It’s almost second nature so now i get to couple both.”

Huett wrote “STFU and Hold Me” based off an idea from the writers. She laughs and explains to me she’s an “unpolished” person. “Honestly, the phrase is just so polarizing and hilarious to me. It’s kind of when you just want your guy to man-up and stop sweating all the small stuff. Like, just be there for me!”

She continues by providing some impromptu relationship advice, “It’s just like you know it’s gonna get rough, but you have to keep hanging on. I’m accepting and owning who I am, and I want the guy to know I love him in light of who I am.”

Which is pretty valid. I mean, for all of us non-cliche girls out there, this song is a perfect nod to modern dating.

“My evolution, kind of surprised me,” says Huett when asked about the direction of her music. “They always say you end up where you started from, but for me that wasn’t the case.” She tells me she grew up in California before ultimately moving to Nashville to work on her music. “I was infatuated with country music and I just trusted my gut at 18. I swore I would be a country singer, but then I found myself writing for other pop artists and it evolved from there.”

“But why do I even have to choose? I don’t think I have to limit myself to one genre, every artist has their own thing and it’s very eclectic, like my own,” says Huett.

She tells me her new songs have a country element to them, but some sound like a 90s Third Eye Blind song. “They’re a hybrid. These were inspired by songs I listened to in the last 9 years and they’re all very true to me.”

Huett’s song has only been out for a couple of weeks now and she’s constantly flattered by the attention it’s gotten. “It sounds crazy, but I was dreaming and praying it would do well, and it’s such a pleasant surprise to see.”

“You try to keep an open mind and feet on the ground, and I’ve gotten so much love for the single. It’s so rewarding to see what music does best, and that’s connecting all of us.”

Huett assures me you’ll see her at a venue very soon. “I know it’s very new, like the horse is just right out of the gate, but it feels so good for you guys to hear it. I want to play wherever my calendar allows.”

I honestly hope my calendar allows me to see all of her shows. She’s just that good.

Check out the lyric video now!!