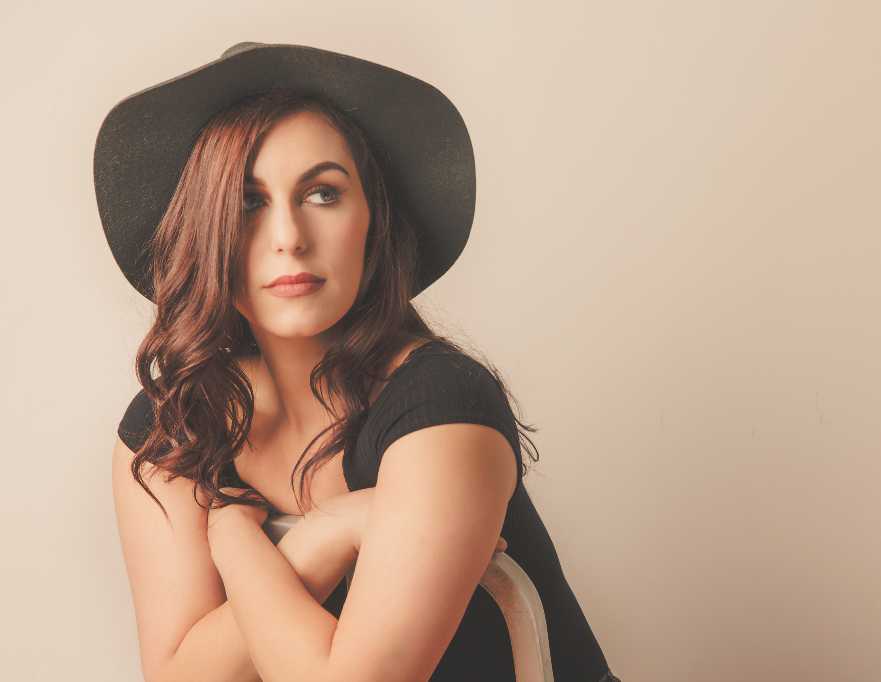 Shayna Leigh’s videos had me hooked instantly, you can just sense how genuine and relatable she is. We talked about her hilarious video for “Jerry Seinfeld”, and my favorite topic: Casual dating.

Shayna’s interest in music stemmed from her time as a child actor, she did commercials and a lot of community theater. She tells me she was terrible at all extra curricular activities except acting.

She laughs, “I was so bad at everything but I wanted to take acting classes and I was pretty shy, but I took to them. I started taking voice lessons then theatre then in high school I started writing songs. I put that on hold in college then picked it up again after.”

For her songwriting she turns to her day-to-day inspiration from other people or herself. She explains, “Either my own sense of overcoming things or watching other people do it. I like seeing the human spirit be resilient in all these different areas. That’s what I write about.”

One thing that’s often lost in music is the idea of casual dating. You see a lot of dramatic breakup and love stories but really there’s not a lot for what many girls my age feel occupies most of our time. The casual date, whether it’s swiping on apps, talking to randoms at bars, or hoping that cute guy at bar isn’t a serial killer. Casual dating is a lot more relatable than the deep, everlasting love that’s so commonly sung about.

Shayna says that was what inspired her new album. She says, “My producer we started doing this album all about dating and we would just talk about my dates and see what emerges. I felt like I could never fall in love, a was a little bit of an ugly duckling. I felt like I may never have love. It made me feel a little bit almost excluded, like I wasn’t going to have something everyone else had.”

She adds, “I wanted to be honest about that part of the human experience. One was about an actual breakup and then I started dating again and they all naturally evolved into an EP about my dating life which is super weird. Jerry Seinfeld occurred because they literally started calling me Jerry Seinfeld, and I don’t think I was being too picky.”

Dating and looking for love was a huge part of her life and she felt like she was doing herself a disservice by not writing about it. The guys that she would go out with who were maybe good guys but they just didn’t have chemistry and it didn’t go anywhere.

She explains one of these scenarios, “Most of the people I go out with are great, not all of them, but maybe we don’t have chemistry and it’s not a fit. I went on a date once with a guy who in the middle of the date was talking about how he was going to look at a boat because his sublet had run out and I thought omg I’m on a date with someone who has no home. I thought he’s on this date to sleep at my house. People do these things! For everyone one of them there’s ten nice guys but that stuff happens.”

That’s the kind of thing that makes her songwriting so relatable and makes her videos equally interesting. They bring out the story. It also allows her to go back to her acting experience, being able to go more in-depth with the story of the song and being able to put a visual to it. She makes them with her long time friend. She says, “She just gets me. This one was fun because she centered a lot of it around my personality. I don’t necessarily know that all my other work so far has shown that as much which is why it was really fun.”

Shayna’s the kind of person we want to talk us down after a bad date, to pep us up before one and remind us that dating is only part of our lives and we should focus on our badass careers. However, I couldn’t resist asking her my favorite question. What’s your best casual dating tip?

“I have so many!” she laughs, “Okay, my number one tip is to not get invested, especially if you’re doing apps, don’t invest until you’ve been out with them. I think what we do in that scenario, we try to subscribe a normal set of behaviors to them. Put yourself in the driver’s seat. You’re finding out just as much about that person as they are about you. You have to assume that people are going to try harder in the beginning. I try to always be nice and kind and treat people the way I want to be treated. We need to protect ourselves emotionally so we don’t feel rejected all the time, because it’s not a real rejection.”

As for her advice to young musicians, the answer as authentic as she is. She says, “Be yourself and trust that who you are and your authentic self is enough and then find a way to start studying that and make music from a place of being true to the core of who you are as a person. That’s what I connect to in other artists, that’s what separates successful artists, the ability to connect in a way that’s real.

Follow Shayna on Spotify and Twitter to keep updated. We can’t wait to hear and see more of her amazing music.