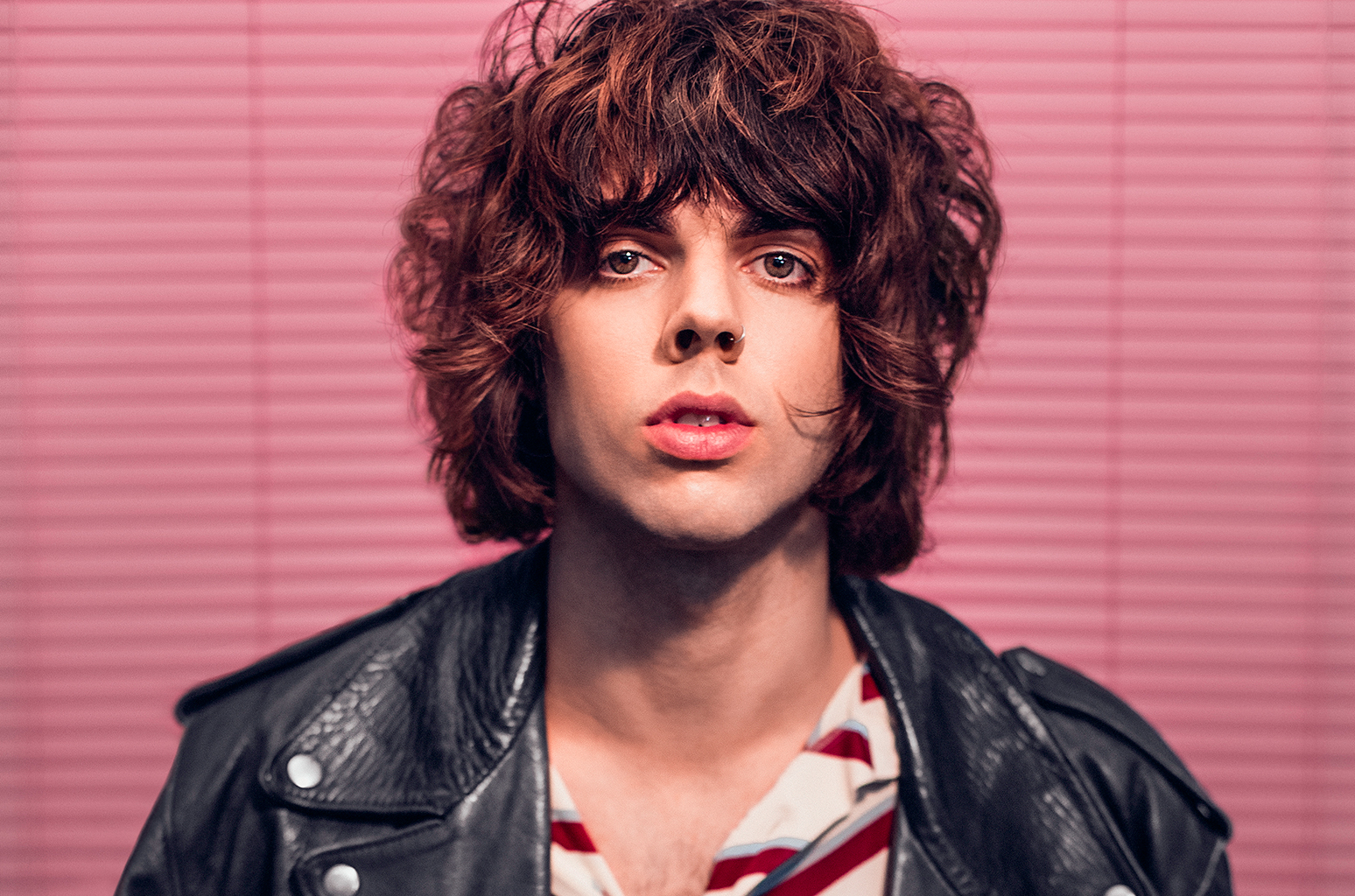 We're so obsessed with Micky James, his music is so classic but feels so modern at the same time. He's also got insane style and totally embodies that whole Mick Jagger thing that we miss. We talked to him about his upcoming tour and incredible fashion.

I got started a really long time ago. I started playing in bands when I was about 10 years old, I think. And I was the guitar player. I've been playing guitar since I was like 8. I played the guitar in a lot of bands like that. And then, probably up until like 17, I started to sing and learn how to properly write songs and stuff, so. Yeah. I mean, I've been in and out of bands for like 15 years. For quite some time.

You take a lot of influence from classic rock bands, how do you keep it modern?

I think there are a lot of people, a lot of artists - pop artists, rock artists, folk artists, whatever - that are influenced by those bands and stuff, but I don't think the thing about those bands maybe that people miss is kind of giving that unique spin on a genre like what the Beatles did or what Bowie did, he always kind of reinvented the wheel. I feel like a lot of bands can just kind of copy that sound and whatever, but they're not taking it to make their own and give it this fresh approach. And I think that in order for any music to kind of move forward it needs to have that unique quality about it, and there needs to be kind of a new outfit to the genre.

I can always tell if somebody's trying to copy someone and that feels weird to me. It's like Bowie just didn't copy people.

No, no, he was yeah, incredibly influential and unique in every regard. So I mean, he's at the top, the best of the best, at doing that.

I always love when it's influenced but it's not a copy. What would say has kind of been the biggest challenge in your career?

Challenge? I mean, yeah, I don't know if this is a cliche, but getting my music heard to a broader more mass audience has been kind of a challenge because I've always played this music and I've always stayed true to it. Rock wasn't always fashionable a couple of years ago, but I still was doing it. I mean, I've been singing in rock bands since I was like 17. I kind of this is who I am and I'm kind of always going to stay true to that. It's going to be hard because I'm not trying to fit a trend or mold and I'm pretty my own artist, pretty much my own artist. The hardest part is completely being yourself and being globally accepted for that.

Oh, definitely. And what's been inspiring your song-writing lately? Can you give us the previews of what's to come?

When I write, usually what kind of gives me the motivation to go lay on a track idea or pick up a guitar it's usually something from a musical standpoint, it's never really lyrics or anything like that. What [influences me?]? There's this really cool band, they're actually from New York I think. They're called the Lemon Twigs. They have been influencing me lately. They're really like they've got a Pink Floyd kind of thing and yeah, so I think right now that's what's kind of been influencing me a little bit.

What would be the best piece of advice to the young musicians?

I always say just I think the best piece of advice is always stay true to yourself. And yeah, I mean don't lose your integrity. Again, like I said before, the hardest part about all this is being true to yourself and never losing sight of that. And hopefully, being accepted by that.

There's this designer, her name is Anna Sui. I like a lot of her pieces. I mean more for stage stuff. But I think I guess I'll-- her rock icons:  Bowie, and Jagger, and Marc Bolan. And yeah, I love all the David Bowie stuff because he always drew influence from fine art and put it into his clothes, and it's made it so unique.

Do you feel like it's harder for guys to express themselves fashionably?

I think so. I don't know because I'm not afraid to so I don't know how other people feel. But I feel like bands, especially in America, could look cooler. Maybe they just don't have the balls to actually go for it and be unique and look interesting. For me, when I'm shopping or inspired, I'm usually influenced by more female clothing. I think it's just cooler and more abstract. But yeah, I think bands need to look cooler for sure. There's a few out there that are looking all right, but I think they need to go back in history and check out those artists and reevaluate their wardrobe.

Of course. I think it's very important. Again, I think it's very important-- I'm only saying bands and rock music because that's just where I come from. I see that's neck and neck with the music. It's the look and the attitude. I mean it all goes hand in hand in rock and roll music. So yeah, if you don't have that, something feels missing and little boring. But it's my opinion.

So I'm doing the Alt Nation Advanced Placement Tour. That's in a little over a month. And in November to the end of December. I'm kind of gearing up to do that. I'm going to be putting out probably another three songs before that tour, and that will accumulate through the EP. So I have a lot of stuff coming out in the next month.