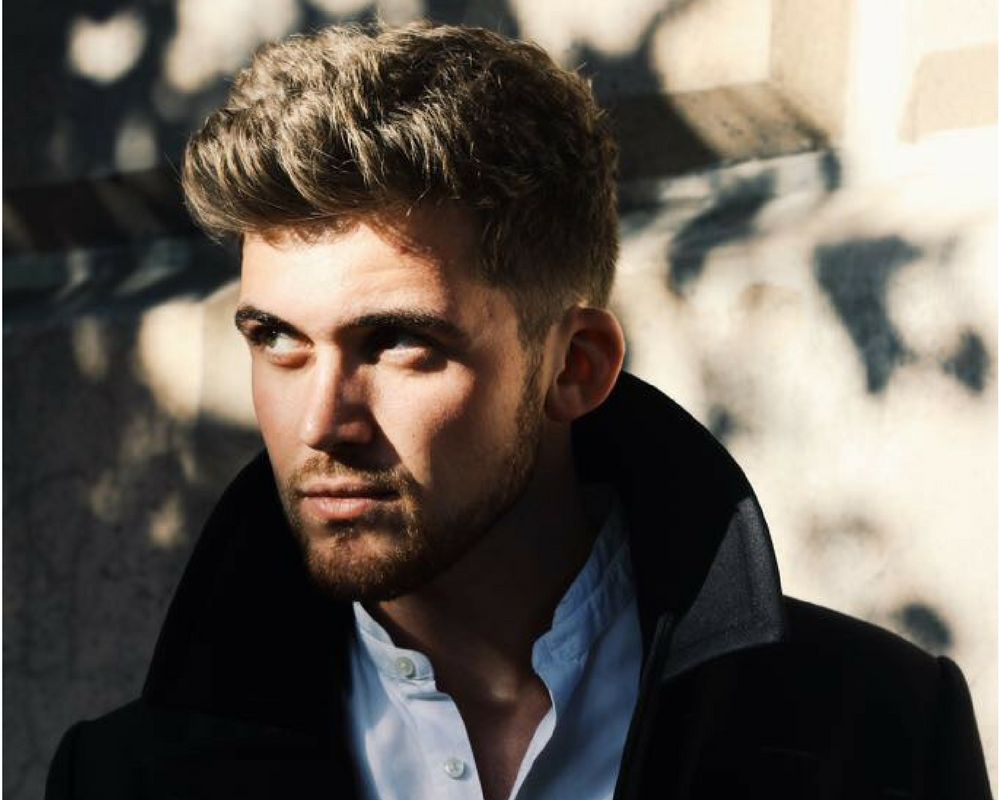 James Bradshaw has one of those voices that just sticks with you. His covers have been all over YouTube lately and the way he sings gives me goosebumps. It's that kind of classic voice that you don't hear anymore.

I got my first taste for music around the age of 9 when we moved into a house that had an upright piano. The idea of being able to play not even full songs, just nice chords, was so intriguing to me! I began to teach myself piano by just putting notes together that sounded nice in my head and then the singing followed that in years to come, almost instinctively I think.

Who are you biggest musical inspirations?

As most people say, there are lots of them! They also vary all the time. I would say my biggest influences long-term have been artists like Sting, Coldplay and Stevie Wonder. Sting, specifically, resonates with me on more levels than most; his vocals a so pure and powerful, his lyrics are rich with imagery and his melody/harmony writing is just so musical… I could literally listen to him all day!

Your covers are so pretty, how do you choose what songs to cover and how do you make them sound more like you?

Thank you! I would say my song selection is always a combination of what I think may be relevant and what I am feeling really into at the time. Generally, I find the covers that work best are the ones that I have the strongest personal and vocal connection with. I try and jam through them with my guitarist/drummer, Rhys Jiang, and if it feels good then we’ll record it! I also like playing around in Logic Pro, so sometimes I will produce my own versions of songs and do 1 minute arrangements on my Instagram.

What’s the biggest challenge you’ve faced in your career and how did you overcome it?

Fortunately, I can’t say that I have really faced a singularly huge challenge in my career, thus far. The challenges arise in the smaller moments when you feel uninspired to write or unconfident when performing. There are mental blocks that can arise as an artist and the difficulty is usually overcoming those… I suppose learning about myself and trying to enjoy my journey and not get too stressed about it - that’s my biggest challenge.

I am very excited to be supporting Holly Miranda on two dates of her European Tour, this month! Outside of that, I shall be graduating in May and then performing across the UK during the summer, as well as writing. Then I shall be seeing out the end of the year in Los Angeles, working on writing/recording some songs for my debut EP!

My best advice I could give at this moment in time would be, in the words of the great Allen Stone, ‘love where you’re at’. In my opinion, there is nothing more important in life than just enjoying being you, doing what you want to do, with the people you love. Believe in your abilities and enjoy making music, because that’s the thing that will always come first!