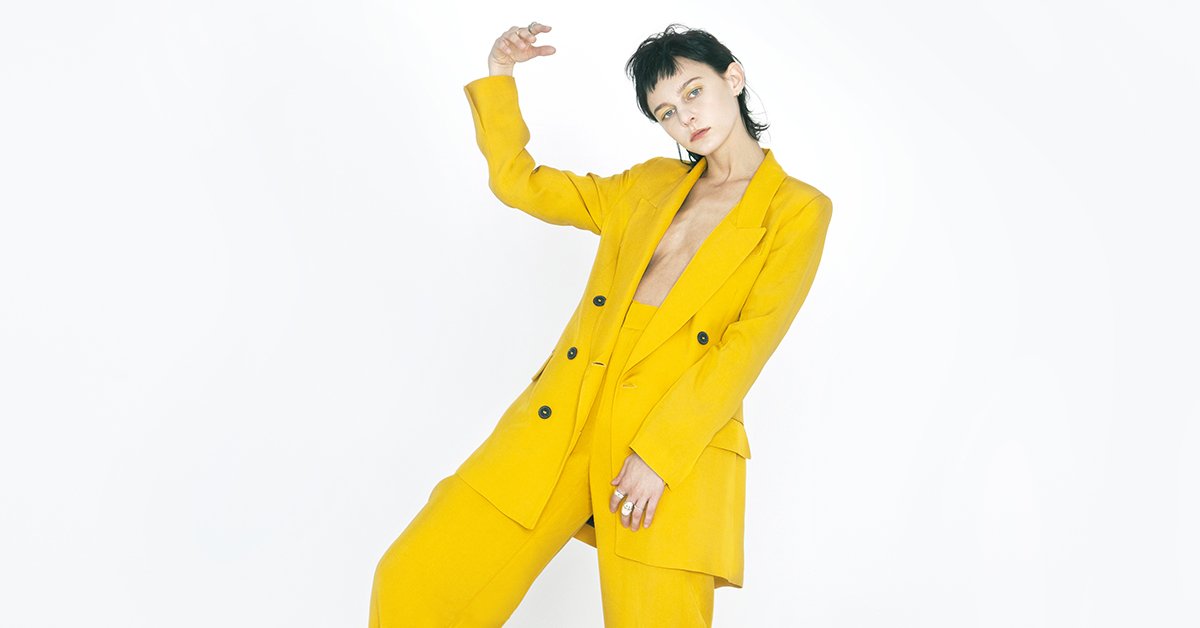 Morgan Saint is the new face of moody pop. Watching her enigmatic video for “You” she looks directly into your soul. Her lyrics are genuine and the song manages to be both haunting and beautiful.

She started in music young, taking piano lessons and teaching herself the guitar, but never thought that being a musicians was the path for her.

She says, “I went to college and studied design. I focused on visual arts and photography and graphic design. I wrote a song on my guitar while I was working on my thesis. Me and Cass (Cass Dillon, producer) were friends before we started working on music together. I told him I have this song and I sent him a voice recording and the rest fell into place.”

Morgan finds inspiration from all points in her life, but what makes her music relatable is that she writes from a very emotional place.

She adds, “The first song that I wrote was a way for me to express myself. I wasn’t writing with the mindset that people would hear it. My best writing comes from when I’m most honest and if I stick to that when people hear it they can relate to it. I feel like that means I’m doing something right.”

She wanted to sound like herself. She says, “Every song I make I try to evolve. It took some time to figure that out. I wanted the music to sound like me as a person. I think I knew that it was the right direction.”

One of the most important things about her music is the attention to detail, both sonically and visually. After studying at Parsons, The New school for Design, she wanted to make sure she could control her visions from top to bottom.

“I feel like I can see what I’m hearing,” she says. “When I’m writing a song I can already imagine the different textures. It’s interesting how they overlap. What I love most about this process so far is that I’ve been able to use all of my creative skills. I can direct my music video and shoot my album art and collaborate with good friends.”

Having a label that allows for full creativity was so important. A lot of musicians feel like having a label inhibits their art and tries to change them.

Morgan explains, “They’ve been so hands off, not only in music, but visually, they let me do it and they know I’m a crazy control freak when it comes to visuals but I think it’s important for me to have my hands in all aspects.”

Her best advice for young women is to just go for it, if you don’t do it someone else will.

She says, “I think what I’ve learned, is to reach for things that you might not think are possible. If it’s not you or me, it’s going to be somebody else. I wish I had more confidence and pursued it more seriously earlier. That’s the most important thing, just be as authentic as possible and I think people respond to honesty.”

Follow her on Spotify and catch her on tour.