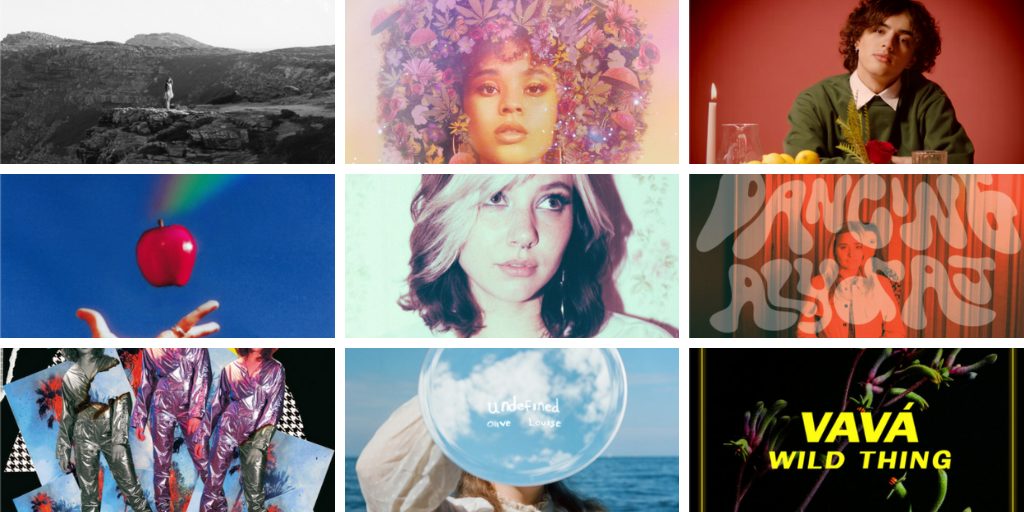 VAVÁ's poetic lyrics and effortless melodies are exactly what we need right now. She perfectly blends different genres into her own unique sound.

She says, "A love song and compassionate plea to the wild part of myself that I tend to keep hidden, this song blatantly refers to sexual desire, and I am asking myself to come into my own or the wild thing might consume me."

KiNG MALA's new EP is a huge move for her, this project just radiates fearlessness and confidence but still has this vulnerable undertone.

KiNG MALA says, "When I listened to the songs when they were finally done, I realized that two distinct characters stood out to me. The version of myself that is powerful, confident and unapologetic (I like to think of this as my alter ego). But then there was this unexpected version of myself that started to appear the more I wrote which felt vulnerable, soft and honest. I realized that as different as each song is, the whole EP is just 2 sides of the same coin playing out over and over again, 2 versions of the same character. So that is the reason I chose the name gemini, to represent the balance and chaos between two halves of the same thing."

Aly & AJ are always our favs and their having such a moment right now. Their new song "Slow Dancing" is so gorgeous.

They said, "This song brings us back to late summer nights in Laguna Beach.
Spending the day near the beach but not on it. Trying to lay out on our Dad’s broiling deck working on lyric revisions. Dancing in the avenues on our way back from grabbing dinner, dogs in tow, laughing from too much wine. Every day we’d spend a lil extra time perfecting this song, until we knew we had gotten it just right...."

Olive Louise is one of our favorite up-and-coming artists, her lyrics are so vulnerable and her ethereal melodies are so effortless and beautiful. The song narrates her struggles with the loss of her parents and her resilience and strength as she finds a way to not be defined by her experiences and be grateful every day.