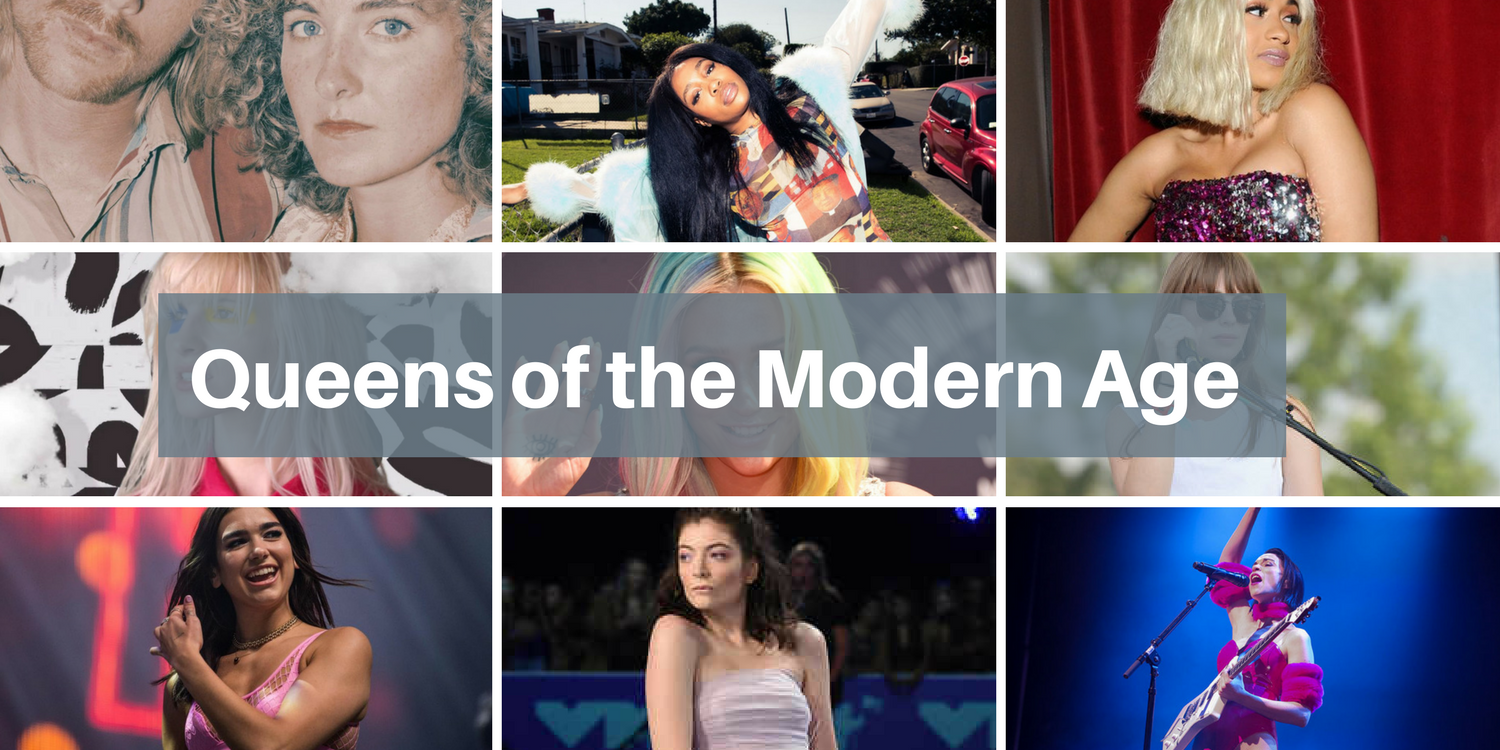 I was just doodle-bopping around on Twitter yesterday when I saw this fantastic tweet from Portugal. The Man recognizing Zoe Manville for her kick-assery at balancing life and band matters. 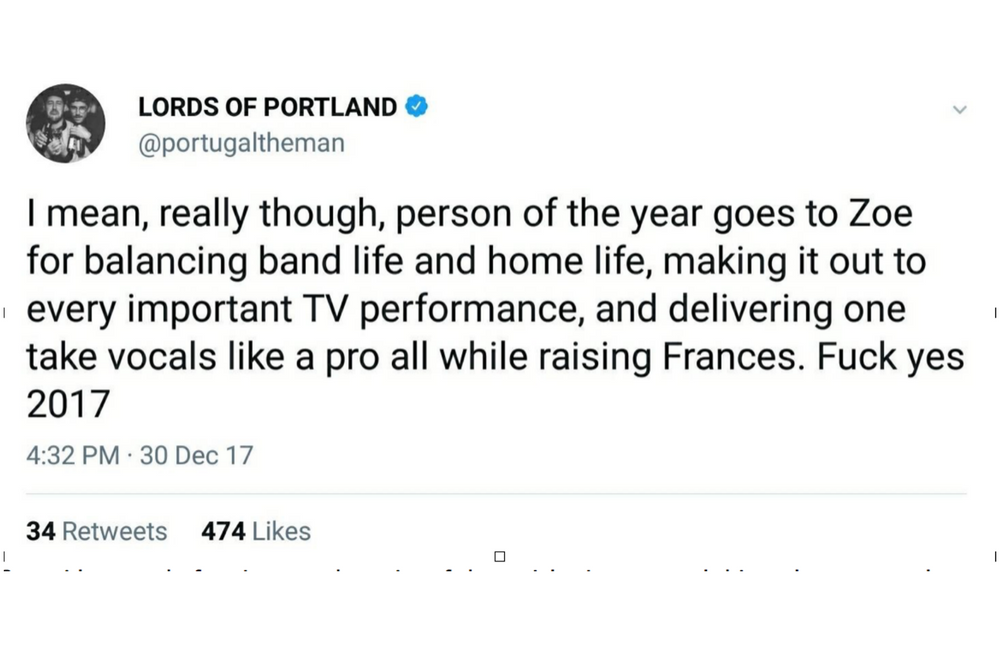 On a side note, before I get to the point of the article, I retweeted this and commented on Zoe’s tenacity and then had my biggest twitter achievement of all year (whilst not even wearing pants, mind you): Portugal. The Man gave us a follow. This excites me way more than it should, but just let me have this one.

So back to the article at hand; it’s only been a decade since Billboard started the annual Women in Music Awards, but just from pure observation through a tiny glass I’ve seen so much improvement in the spectrum and range of female artists.

It seems like every year more and more women join the feminist movement and learn that we are here to empower, not oppress each other. I will admit that a vast majority of the bands I listen to are primarily male, but the female solo artists, fronted-bands, and full bands I’ve taken an interest to have a positive message to young girls. They may sing about sex, but they don’t identify themselves as sex objects and they don’t define themselves by how a man sees them.

I will go back to Zoe Manville: she is not a full-time member of Portugal. The Man, as she spends her days raising her young daughter. But she, like many other strong women in the performing arts- Beyonce, Lily Allen, Yolandi Visser (Anri Du Tois)- have children and still keep up with their career and personal matters. The latter example, Yolandi Visser, keeps her daughter, 16 Jones, very involved with both sides of her life, featuring 16 on stage and in music videos. She’s obviously a very proud mom.

On another note, it makes me more happy to see that men and women can be in bands/groups together more often now without the woman having to become a sex symbol in order for the band/group to sell albums. That’s just something I’ve noticed. A great (well-known) example is Paramore. Hayley Williams has always kept a hint of innocence throughout the years, whereas most female artists who start out young tend to shed that skin as time goes on. I’m not for or against it, just in my opinion I feel like there’s so much pressure on women to be sexy in order to be popular or liked. Look at how fast Susan Boyle’s fame faded. We, as a society, place a lot of value on a woman’s looks.

This is something very personal to me, but like I said, it’s only through observation that I’ve gained this knowledge. I still have a lot to learn. What are your thoughts and opinions?

Below are 9 tracks by Queens of the Modern Age.