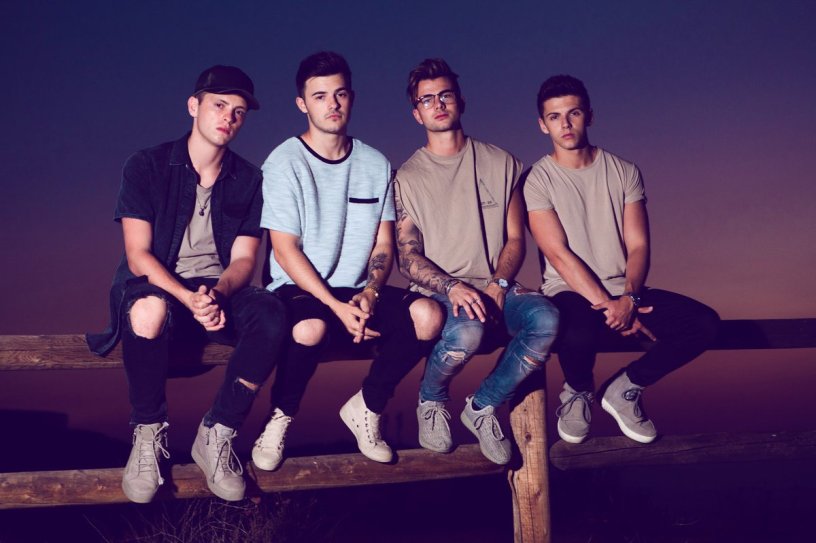 The last few years have been the years of the boy bands, and I am HERE. FOR. IT. We recently got to talk to Remedy, a four piece band from the U.K., and they did not disappoint.

Made up of Leon James, Paddy Graham, Lewis Huff and Tommy Miller, the boys have been a group since 2014, meeting in a variety of ways – from seeing each other around shows in the U.K. to finding Paddy online, they were a self-made group who began by performing covers.

Performing covers was the group’s way of really finding their sound early on, saying that they would all listen to songs on the radio and pick out which ones they could “put their stamp on” and really make their own. [Editor’s note: my personal favorite is the cover of “What’s My Name”] After seeing their following build around putting out covers, the band naturally progressed from performing covers to creating their own music, but think they’ll continue covering songs even when they have their own album out (no complaints on that from me :))

Starting to make their own music began as the four of them just having fun together, playing the guitar and jamming out, which transitioned into original songs. Remedy released their first single November of last year, titled “Want Some More.” This song is 100% my style – great beat, great vocals and a real bop.

If you enjoyed “Want Some More,” you are in for a real treat with the band’s second single, “Better Things” – this song is coupled with Remedy’s first music video, so you get to hear their smooth voices AND see their faces. Can’t really beat that.

Once they began the writing process for some of their newer songs, it was definitely a transition, even saying that having all four of them in the room together with a writer can feel like a “too many cooks in the kitchen” type situation. They’ve moved past these growing pains now, learning that if it’s just the four of them, they can all work together, but when working with a writer, it typically works out best to take turns writing in pairs.

With the writing process underway and a new single on the way next month, at the end of the day Remedy really wants to let their fans know how grateful they are for all of their support.

“It’s humbling to know some of them have stuck by us showing love for such a long time,” they said. “The road has been rocky, but we’re on this grind together, [and] we have some exciting opportunities on the table at the moment and it’s all down to you guys, so thank you!”

Keep an eye out for the single, “Come and Talk to Me,” next month and let us know what you think!