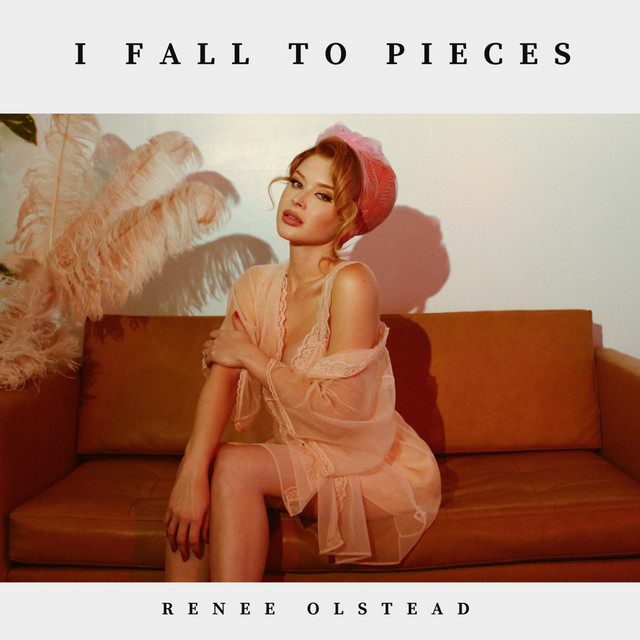 Renee Olstead grew up in Texas. The sultry songstress grew up around the classics and it shows in not only her amazing style (just check Instagram) but in her music and her mellifluous voice. She eventually made the jump to LA where her acting and singing career took off. She was signed to a major label but eventually left to be more independent and put out the music she was passionate about.

Renee explains, “You have sort of a rotating door of people who all have opinions on what you recorded and suddenly this guy doesn't like this song, and you have to form stuff and, yeah, it's sort of one of those things. So it's nice for people to have that sort of creative control and sort of put out what I am inspired by, 100%. You just put out what your heart sort of loves just often.”

What she loves is that classic sound. She mixes a big band feel with country and Americana. It’s difficult to pinpoint but what really stood out to me immediately was her cover of the Sammi Smith song “Help My Make It Through the Night” written by the legendary Kris Kristofferson. The heartbreaking lyrics made it one of my favorites. Renee’s cover does it justice, her voice embodies the loneliness in the song. Her most recent release is a haunting version of Patsy Cline’s “I Fall to Pieces” and she definitely brings her own spin to the song.

“Patsy did it so great, there's no way you could make it better singing in that style. That's always sort of what I think of think of when I'm doing a cover because it's usually a song that means so much to me. And that was one of those tunes where it's like let's do something totally different and let's make it sort of dark and yeah, it's pretty cool. I'm pretty proud of it.”

While she leans to songs about heartbreak and loneliness, her real life is quite the opposite. She met her husband through music.

“They put together this super talented young band for me and he was my keyboard player on the road so I've known him since I was 14. We started dating when I was 19 and it's going to be our tenth anniversary this year. We work on stuff together, which is awesome, and he was responsible for putting together that arrangement and sort of producing when we come up with a vision. I'm like, ‘Ah, I really want to do this song,’ and I'm like, ‘I want to do it this way.’ And we try to make it work. It's so cool having access to a studio and a dope guy to work for free,” she laughs.

One of the biggest challenges she faced was when she was at a big label and they kept wanting to change her image but she held her ground and knew who she was as an artist. She thanks her fanbase for their constant support.

She says, “I think that I've been very lucky to have an amazing fan base that has really followed my vision and ultimately you have to sort of make a decision and say ‘hey, this is who I am.’ You've just go to go with what you are and staying with that. I think that that's a model for success because there's always niche. You are a niche no matter what you write and just finding your tribe and finding people who respond to what you're creating I think is the key.”

Renee feels like the amount of talented musicians keeps her motivated. Especially now in the age of Spotify, it can seem like there’s more artists than ever. Renee says, “I think that more competition and more great content just makes us better artists and pushes us to put out more content and create better content and create a better product. So I'm all for sort of supporting and just lifting other people that are within the industry.”

The idea that women are competing against each other is so old, women are supporting each other more than ever now.

She adds, “I think that model is changing and as we move forward I'm seeing that ultimately the more that we lift each other up and inspire one another and give each strength, the more that's reciprocated from other women and the stronger we become as a community regardless of what our industry is.”