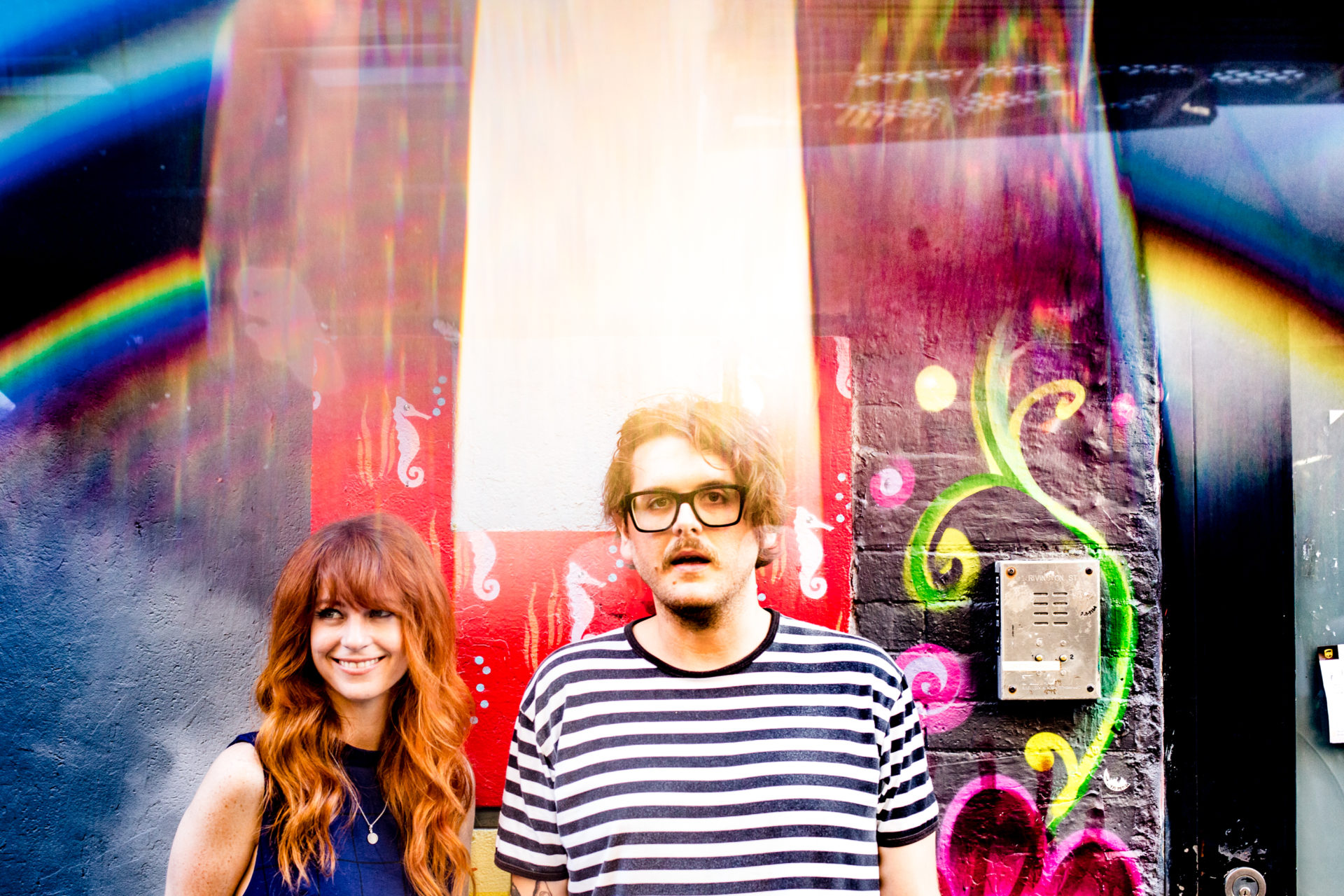 *repeat repeat is sure to be on repeat (get it??)  in your mind after you listen to their addictive beats. I spoke with frontman, Jared Corder, about the group’s beginnings and their new music. The group is comprised of Andy Herrin (drummer) and Kristyn Corder (vocalist/keys), and Jared, of course.

Jared tells me he moved to Nashville to become a musician and ultimately became friends with Andy and when they were both ready to start a band, they formed the group. He says they both rehearsed, wrote songs, and then figured out what they wanted them to sound like.

Kristyn sat in on their sessions just to help them find the perfect female singer. He tells me they wanted a B-52’s type situation - where not one member overshined the other. More and more girls auditioned, but no one quite fit. “So we needed to record a demo, and the females we had didn’t work out. Once we sent in the recording to the producer, he told us we found our singer,” says Jared.

Jared tells me the inspiration behind their name came from a shampoo bottle - lather, rinse, repeat, repeat. Their sound is so unique, and the best way to describe it is surf rock. Seriously, that’s a genre or at least we think so. “If you like the Arctic Monkeys, we’ll probably be up your alley. It’s a mix of west coast punk rock kind of like the Everly Brothers and The Mamas & The Papas.”

The group also created a podcast. Jared says the group spends a lot of time on the road. “We’d play a 45 minute show but have to drive 8 hours to the next one. We’d listen to a lot of podcasts, and while there are a few good music ones, there weren’t a ton,” says Jared.

“We saw that no other bands were doing it and we went for it. We wanted to give the fans a more intimate look into what we do. People get to know our personalities.”

Their newest album, Floral Canyon is a bit of an evolution for the group. Jared tells me this was the first album the put out on a label. “We just saved as much money as we could and we worked and worked at this album.”

“We wanted our songs to have an intimate feel and hit on the themes we were serious about, but still wanted to keep the fun pop 50s dance vibe. Each of our songs have their own background and reason why it was written in the first place.”Check out Floral Canyon here and follow the group on twitter.