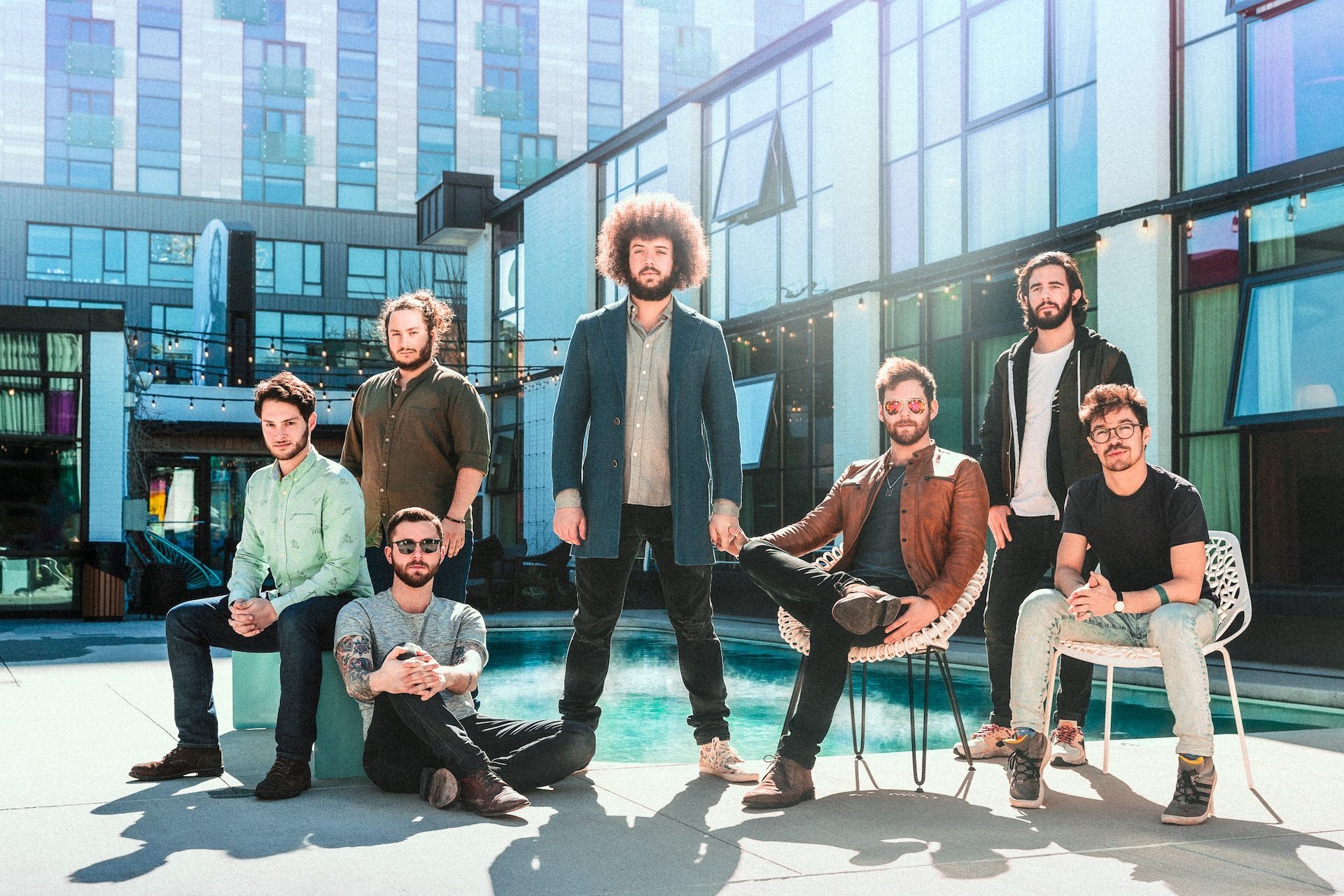 Band like Ripe are few and far between. The band is famous for their infectious energy and insane live performance. I chatted with Robbie about their live show and how they developed their signature sound.

Robbie tells me about how they started, it all began in college. He says, “Funnily enough, when everyone gets to college the first thing everybody wants to do is identify over music. And then the second thing is to identify over everything but music. We wound up all meeting at house parties and kind of naturally gravitating towards spending time with each other. We started making music together and everything kind of naturally clicked. So we had songs before we were technically a band. We wound up forming a band because the songs wound up striking a chord with the people that we come from with our past and the band kind of naturally collapsed into itself from there.”

A lot of bands start together in college but very few of them carry their music over and make it their careers. Ripe has managed to maintain their close friendships and make music they’re way of life. Robbie says the key has been to make it fun.

He tells me, “Near the end of our college careers we had a base player leave due to personal issues, and it resulted in kind of the sit down moment of everybody in the band getting together and being like, ‘Okay, so what happens now? What is this to us? And is this going to be something we look back on as the undoing of our college or is this going to be something that we look at as a firming of our resolve that we understand. We all unanimously came to the decision that we did want to in fact tough it out and did want to see where it goes even in the face of that hardship.”

Their music is what is so captivating, they pull from so many influences and that’s partially because there’s so many people in the band with different backgrounds and tastes in what they listen to.

Robbie says, “Between the seven of us, we cover a ton of musical ground. Everything from very, very, heavy jazz to hip hop, to jam band music, is all covered under the spectrum of somebody in the group's listening tastes. And how do all of those genres put on kind of an equal playing field has resulted in kind of a different approach to the music that we make, at least in conversation with other artists.”

It’s about the best moments in all of the genres, the section that you can’t stop looping and listening to. When you look at your friends and say “this is my part” and you have that moment.

Robbie elaborates, “Whether it's the moment-- in a hip hop tune where you just start compulsively nodding your head, or the point in the dance tune where all of sudden body motion is just compulsory, whether or not it's been said. Those moments, regardless of the genre lines, I think are the moments that attract us to both live and recorded music the most. I think that the way we've arrived at our sound has been both a constant conversation of working new genres and new things that we listen to and things that we are moved by into our sounds.”

Robbie says, “I think on top of that, from kind of a spiritual sense, I think that for the first time since we'd started, we had a clear idea of what we wanted to say, of what we would like our music to express, at least, at this present moment. And I think that that was why we leaned towards an album-length release, rather than an EP like we'd done up to this point, is because I think that we finally had this idea of sort of a weighty joy, a happy emotion that is powerful and deep enough to kind of do battle with more of the-- generally heavy emotions of alienation, loneliness, sadness, rage. I think that we had finally cohered years and years of doing what we did into something that we could now articulate and share and hopefully get to resonate with people.

The thing that makes their music so lively and their stage presence so entrancing is that they’re genuinely enjoying themselves. They’re not putting on a show, they’re truly having a good time and are happy to be their with each other.

Robbie explains, “It turned out to be surprisingly rare to actually have seven who consider themselves best friends doing what they consider to be their favorite thing on stage. When it was time to start making music ourselves, it was the most natural thing in the world to keep this sort of place of love and a place a familial vibes. And as things have grown, it has struck me-- just more and more come up to us basically saying that that unbridled enthusiasm is one of the things that sets us apart.”

His best advice for any starting musicians is to push through any obstacles and not give up. There’s a reason it’s a struggle and you have to get through those moments.

He says, “These moments of self-doubt, they just are a part of the process of getting to where you'd like to be. And that it's supposed to feel weird, and alienating at its worst. If you want to do something crazy like make your own music day in and day out for audiences that hopefully like what you do, I think you should probably be prepared to go through some crazy stuff, most people, I think also want to do it, in theory, and wind up getting turned off by the crazy amount of work necessary to do it.”