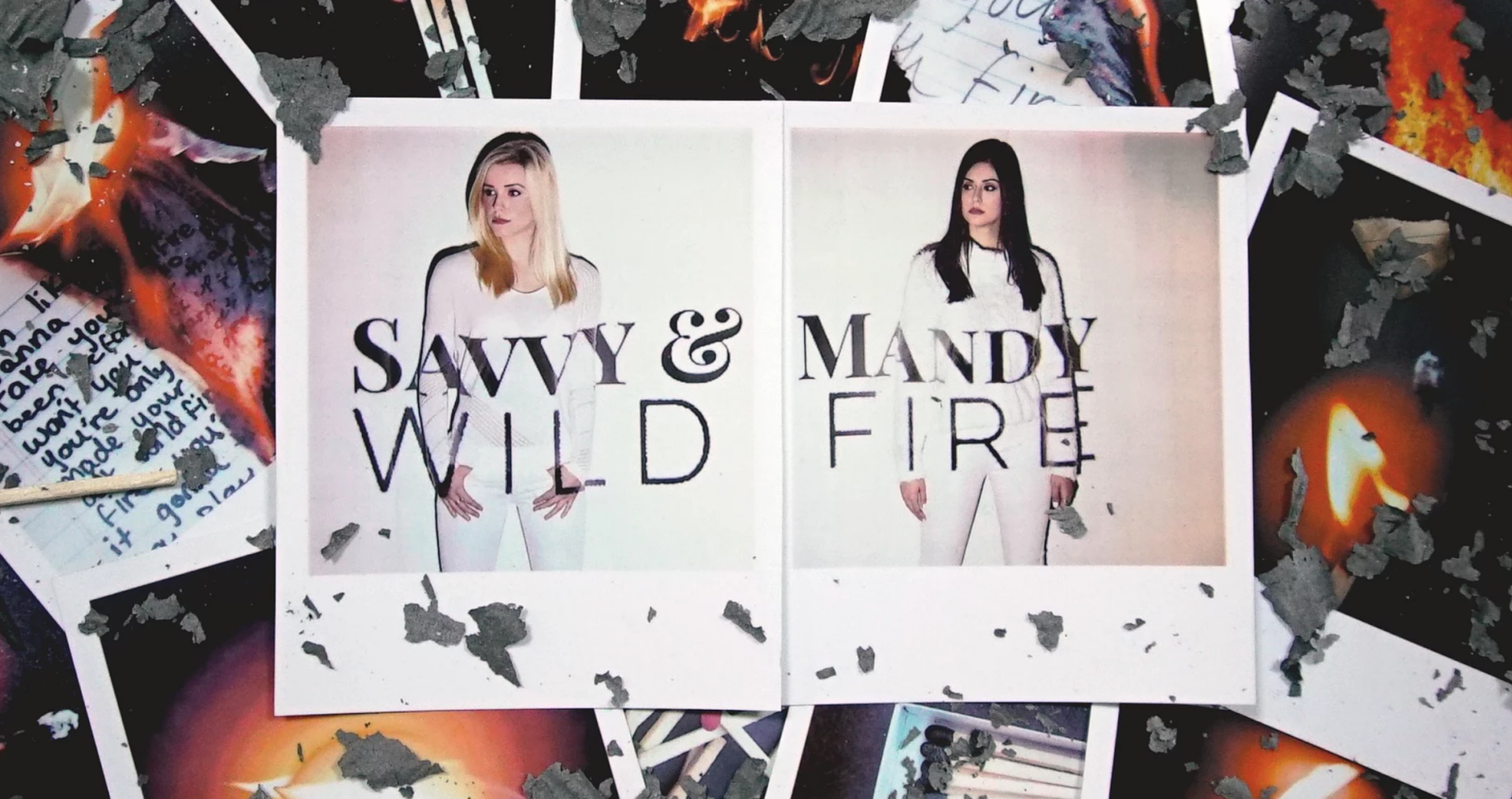 Savvy and Mandy are two sisters taking over. They are some of the sweetest voices in country music and their song "Wildfire" is about powerful women that know what they want in life.

We have both always loved to sing but we decided to create a band together when I was nine and Savvy was eleven. We were both already involved with acting and modeling, and one day we saw an audition notice looking for girls ages fifteen and older for a new musical group. Even though we were too young for what they were casting for, we decided to go for it and audition anyway for fun! We went in, sang our hearts out, did an embarrassing dance routine we made up, and had a blast. A few hours after the audition, we received a call from the managers we auditioned for and they told us they wanted to start a whole new project around Savvy and I and completely scrap the one they were auditioning for. We were shocked and excited. We have been working hard ever since!

Is it ever difficult working together since you’re family?

It’s really fun to work together because we are so close. We get one another. We are lucky that we share the same dream and get to live it out together, but it can definitely be frustrating at times and of course we can butt heads, but at the end of the day we are best friends who are there for each other during the ups and downs of life and the music industry.

What drew you to country music?

We love the honesty and the story telling....It's awesome that we are able to express ourselves and our emotions through songwriting. We have always been drawn to country music because of that! The fans are incredible, the musicians are insanely talented, and we love how relaxed everything is....its about the music, not what you look like...and that's how it should be!

Tell me about the inspiration behind the song “Wildfire”

I, Savvy, was the one who originally had the idea. I saw an awesome picture of this woman in a gorgeous dress standing in front of a giant fire and felt immediately inspired. I came up with the title “Wildfire” and brought that into a writing session we had with our friends Tyler Shamy and Fabio Angelini the next day. We all collaborated on the idea and it became what it is today. The song is about a woman who is unapologetically herself and knows what she wants. She isn’t afraid to say, “If you come into my life, you may get burned.” She knows her faults, and I think that there is something really empowering about that.

The fans....Seriously. We are so thankful for the constant love and support that we have received from them throughout the years. When people reach out to us saying how much our songs have affected their lives and have helped them through some tough situations, it is so special to us and very rewarding! This industry is very cutthroat and difficult sometimes, so when we receive messages like that or see people at our shows who know the words to our songs it is such an amazing feeling!

Always be true to yourself. You're a strong, beautiful, and confident woman! Don't let anyone tell you otherwise.

It's better to have a couple of close friends and know that they love you for you because you're being yourself, as opposed to a bunch of acquaintances that like you but you know they haven't seen the true you because you're afraid they won't accept who you are!