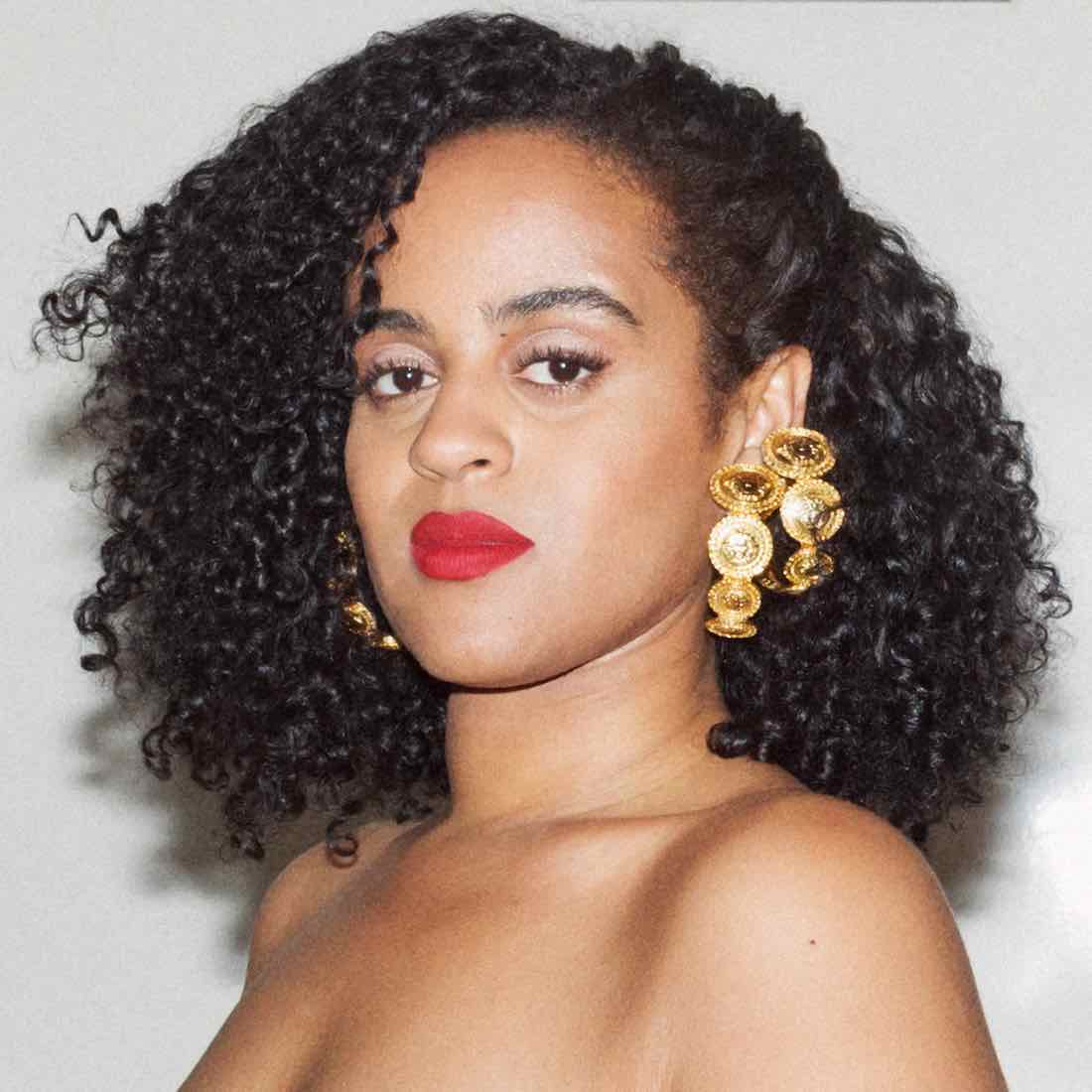 She tells me, “I want people to feel less lonely…the reasons I never thought I could be a pop star was I never saw pop stars that looked like me and I think when you see yourself more in society you automatically become more secure in yourself. We need to make our bodies visible and not be ashamed of how we are naturally.”

Her songwriting is unique because it’s accented by memorable lines and quips, she always has a punchline.

She muses, “Things I hear, things I hear in movies, words, things, I’m always looking for wording that’s interesting more than stories. I don’t think about the order, it can come in any order and it makes sense.”

One of my favorites, “Breathe” is so luxuriously layered. It’s confident and powerful but also vulnerable at the core. She wrote it while traveling by herself looking for an escape but found herself feeling more at home than ever.

Seinabo says, “I didn’t understand the language, but I felt a clear sense of belonging. I wanted to write about how I felt. I missed feeling like a natural part of the world. I’m an artist so I choose to stand out but I never wanted to be normal. I really felt like that’s what i was longing for, to kind of blend in for once.”

While she studied singing, songwriting has been more of a challenge for her, but to me it sounds more natural almost like she just knows what words have the most impact. Most artists write with a team but Seinabo puts a lot of work into her writing.

She says, “I write the majority of them myself and it takes a lot of discipline and I haven’t studied it a lot. I really want to master songwriting but I like the challenge.”

That’s not the only challenge she’s faced. It’s hard to argue that the way an artist looks has become on par with their actual music. She says, “You feel like you have to look a certain way. The pressure is always there and nobody says it but it’s ridiculous. The more we speak about it the more free we feel.”

I asked her if it’s harder for women, “Of course!” she says quickly, “It gets frustrating. It’s so clear we live in a patriarchy.”

This kind of outspokenness is part of what makes Seinabo music so honest. She’s not pretending. She had to confront her own insecurities.

“I had to start with myself and look at my own insecurities and say out loud some of the things I think about myself and once I did that I thought ‘I would never say that to a friend.’ The things we say to ourselves, it sounds ridiculous.”

But she didn’t stop there, she transformed her way of thinking. She explains, “I had to start being braver and think about why I felt that way, and look into my behavior. I wanted to be strong. Not to appeal to a man or be a sexual being. Once I figured that out it became an important part of my lyrics, to accept my body. To see other people like me that’s the best medicine.”

When I ask her for her best advice for young women she immediately says, “Fuck everything, fuck everything you think you know,” she adds, “Honestly, say exactly what you feel like saying. That’s all a part of being a human being. Work really hard. Don’t view yourself as a tool for men, say, ‘I’m not a thing to be looked at.’ Be you, because that’s what people need.”