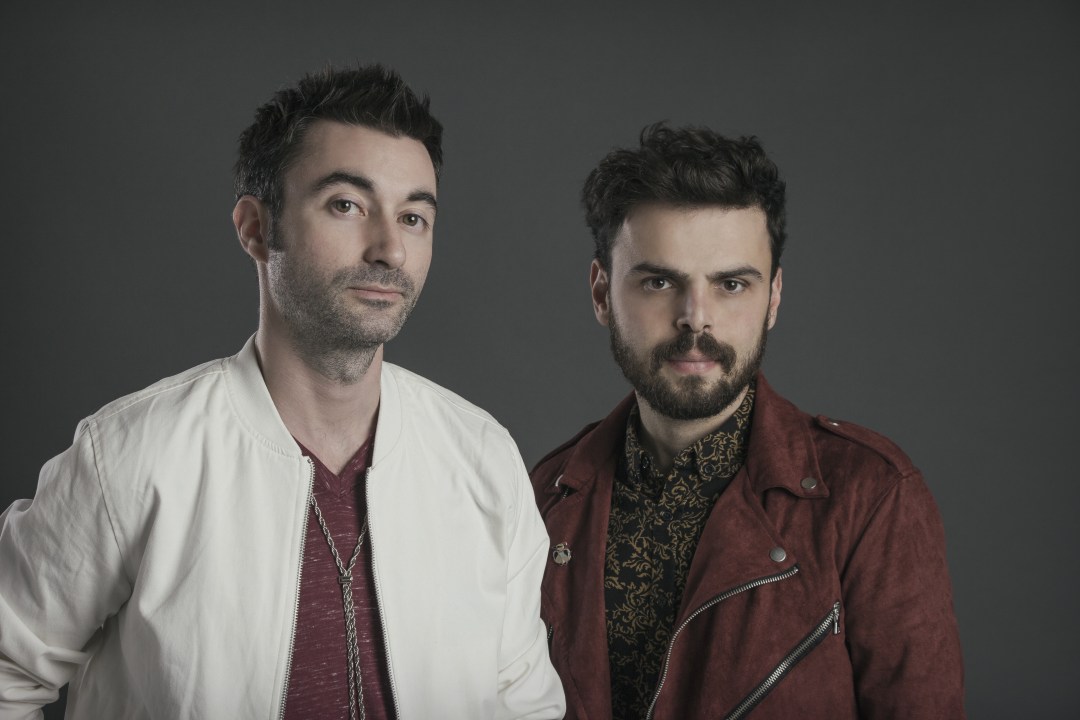 Ships Have Sailed are that perfect mix between pop and alt rock, since their debut EP ‘Someday’ they’ve been popping up at SXSW and CMJ and have been praised by NPR. Their stunning acoustic EP ‘Whispers’ sent them on tour last fall, but their new single “Up” really caught our attention.

Will Carpenter, singer and frontman said his mom used to tell this story: “I was 18 months, she had 3 other kids and was pregnant with my little sister. She was out of the room doing something and I was playing with blocks and there was a Vivaldi concerto on, she came back and apparently I was humming along flawlessly. I was barely talking and yet I was humming classical music. She put me in violin lessons early and piano after that. I’m fine at reading music but I never really had to. I liked going by ear and by feel. Even today I’ll be with my guitar and I’ll be working with someone classically trained and I don’t work that way, but then I’ll get there on my own.”

Will says that being classically trained has nothing to do with how successful you are, he says it definitely helps and there’s nothing wrong with either approach but it all comes down to preference and how your mind works. He says that growing up he was really technical and he excelled at math and science, so even though his brain is wired in a technical way, music to him is different. He says, “I personally feel that if I had approached music in that way I would become sterile artistic presence. Music is where I actually feel everything.”

“Up” is a phenomenal single. It’s instantly catchy and it makes you feel like flying. The story of how the single came into place is beautiful.

Will says, “We had just toured the entire West Coast and the very last show was up in Vancouver. It was the first show my drummer and myself had played just as a duo. As an indie project it’s just really draining because you’re doing everything. We were exhausted plus we had to drive past the border into Washington State back to our hotel because we didn’t want to deal with customs in the morning. We woke up in the morning and it was sad weather and I’m driving us to the airport and all of this stuff is going in my mind over and over again. I like to let [my thoughts] play out and see how I feel. In this case this song kind of just fell out of me, it was the worst possible time, and that’s when these things tend to happen. I managed to voice note it. When I got back I just had to start pre-production.”

Will takes his songwriting seriously. despite winning various awards from songwriting, he loves to collaborate with other writers and says feeling competitive can only hold you back.

He says, “I don’t think that’s healthy, I think that in anything in life it’s really unhealthy to be competitive. You should feel positive about people doing positive things, that should serve as motivation. Ultimately it comes down to taste. What you can think about is whether or not they inspire you to be better yourself. That is the positive way of looking at something that’s inherently negative. It’s a trap that a lot of folks in music, myself included, fall into. What is a chart? It’s a competition.The song should be the main motivator. You shouldn’t be competing, you should be trying to build a pseudo-utopian artistic community where you build each other up. We are all stronger when we work together. There’s no reason to hate on someone that’s doing something good.”

Even though Will makes upbeat music he says that come from a lot of internal struggle. He says he can be a bit melancholic. Not saying he can’t be the life of the party, but there’s always a struggle happening internally. He explains, “We all have struggles and you keep them with you when you go through life and we have different ways of processing them. For me, music is what lifts me up out of those struggles so that’s what I try to put forward in my music.”

Will also emphasizes that as an indie band, there’s no shortcut to success. He says, “You’re going to have to constantly work hard, the chances of something just going viral is so low and there are so many bands just trying to get their name out there. The only way to do that is to work really hard.”

Follow them on Twitter and Spotify, and of course, listen to their song “Up” is you haven’t yet.