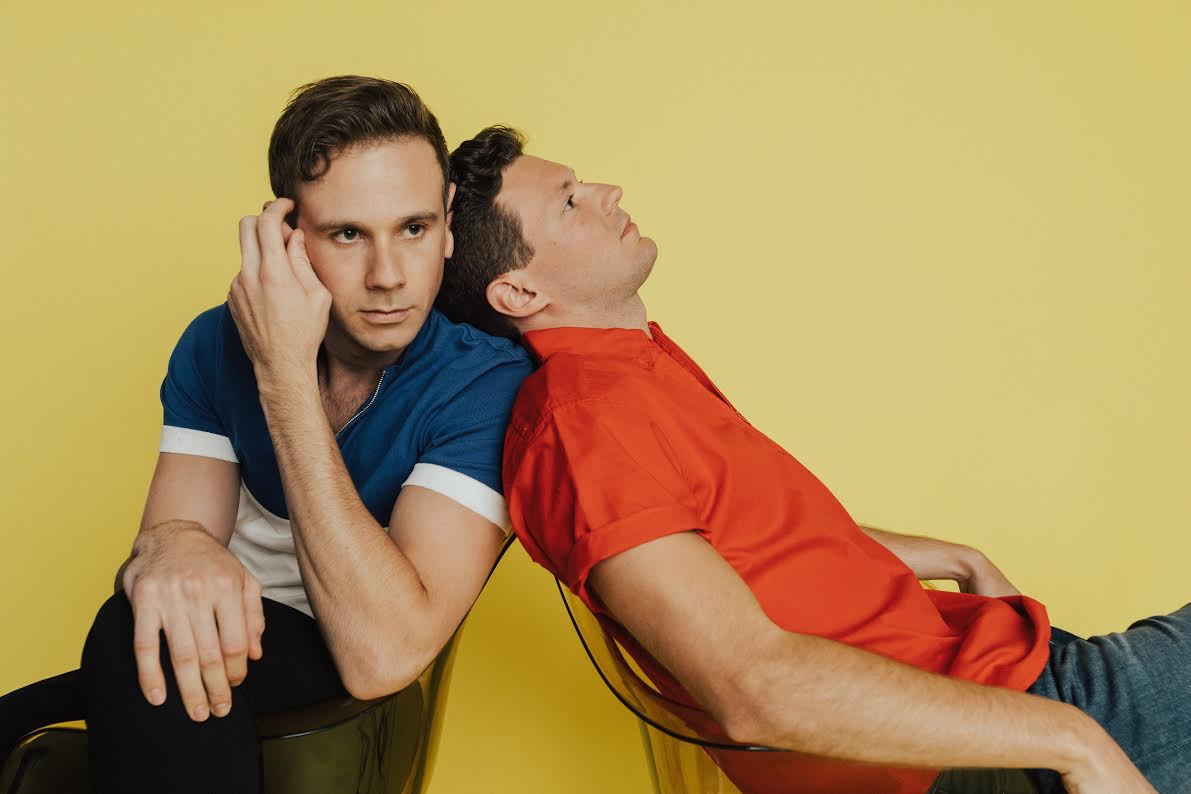 Many view the New Year as a way for a fresh start, a new beginning. After a month hiatus from all social media outlets Nashville Indie Rock Duo, The New Schematics, reemerged. Except things were different. I have followed The New Schematics for the last couple of years, seeing them once in early 2017.

Again, something was new about the look, the feel of what they were now. They had ditched the suits I remembered them for, but also the rock tone. After spending two years on the road and the two EP’s, The New Schematics entered 2018 by diving into the world of pop music.

I met with Cory Bishop (vocals, guitar) to talk about the new look, the New Year, and all things The New Schematics.

Cory and I immediately hit it off, it felt like our paths would have crossed before now but it was cool to connect with someone in person. We both got married on the same day last year, love the Green Album from Weezer, and figure out that he is 6 days older than I am.

To say we are on the same page and in the same phase of life would be an understatement. This distract change and jump came at a time where both members, Cory and Michael Bare, felt like it was time to reevaluate and refocus. It is refreshing to hear how they have shifted.

Cory says, “A friend of mine recently introduced me in an e-mail as a pop writer. That’s stuck with me. I’ve never been called a pop writer. So we’re in the studio working on new stuff and sending it to producers, and all of their feedback made me realize that yea, I was a pop writer. It’s honest lyrics with a pop soundscape. Which, in my opinion, isn’t that common. It’s our lane.”

Cory tells me that they are working with different producers for each different track. Being totally independent, the duo are able to work with whom they want and how they want, having complete control over this new project.

As they start finishing new music, their major plan is to get these tracks plugged into a live show. They have a show with upcoming artist Chris Jobe in Nashville February 22nd and just were added to the Durham stop for Vinyl Theatre and Vesperteen in March.

With their new single “Who Do You Think You Are?”, the duo showcase the new vision and direction. A matching lyric video, which shows Cory’s wife Kristen reacting to hearing the song for the first time, is a sweet introduction to what’s to come from the band.

The New Schematics have more singles and shows planned for 2018, so make sure to put them on your radar like we are. Check out all things The New Schematics on Instagram, Twitter, Facebook and Spotify and watch their video.