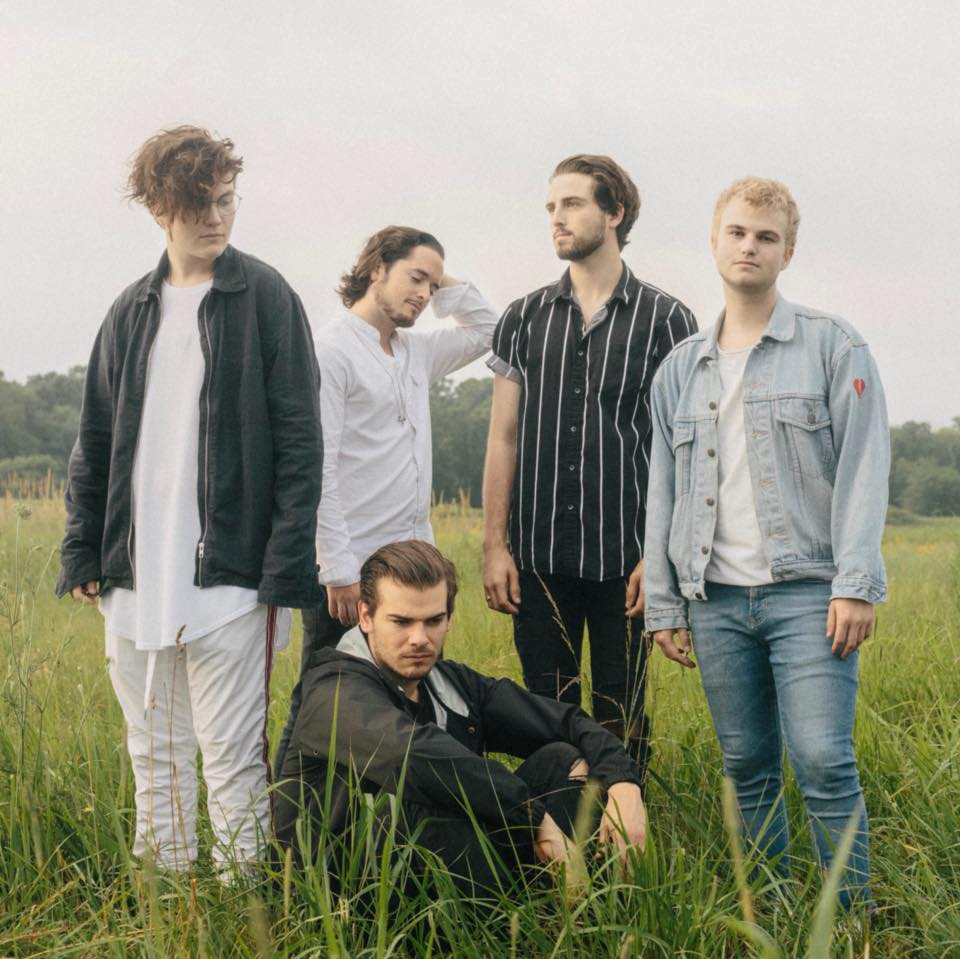 Following the release of their debut EP “New” and last year’s “I.L.Y”, Indianapolis indie-alt outfit, THE WLDLFE, are back with their debut full length album “I’m Not Worried Anymore”. While not a new name to The New Nine, THE WLDLFE are set to take things to the next level this fall. Having known the guys over the last two years, I’m very grateful to bring my thoughts on the new album and the overall growth of the band. In early August I got a chance to hear the album and immediately texted lead singer Jansen Hogan about some of my thoughts. I felt that lyrically this album showcases the band coming into their own. I sense relief in the lyrics, and their ability to clearly articulate their thoughts in lyrics really shows throughout the body of work. Jansen tells me: “I feel like I’m at the point where I feel comfortable writing whatever I want, however I want. Like I don’t feel like I have as many boundaries or like I’m trying to write like somebody else as much.” While my intentions weren’t to specifically do a track by track breakdown, I do want to give my thoughts on some specific things that stuck out after a couple of listens.

Addicted- Say what you want about lead tracks on any album, but for a band that went from this project being singles to eps to a full album, ‘Addicted’ is everything you’d want in that role. Early tone setter, and the last part of each chorus reminds me of watching classic Nickelodeon and Disney, but like the Saturday Night Nickelodeon and Disney.

Real Ones and Headache- Two of the previous singles released for this project, ‘Real Ones’ and ‘Headache’ display the variety in which the band is experimenting sound wise. ‘Real Ones’ shows the love to those that have stuck with band and supported them throughout their journey. ‘Headache’, on the other hand, elicits a darker tone and vibe.

Dream Pt. II- Building off the eerie, darker tone previously mentioned about ‘Headache’, ‘Dream Pt. II’ ramps this up, into more of a Nightmare. Really, turn it to the 2:12 mark of the song and it sounds straight out of a classic horror movie, but man does it work here. Caught me off-guard, but the ominous bridge carefully drives the last chorus.

Notch- One of my standout tracks from the album, we get our first listen to Carson Hogan taking the reins on vocals. A fresh sound for the middle of the album, Notch also helps set up the second half of the album as well.

Towel- Singles can sometimes give a quick glimpse at what the album will encompass. However, in the case of ‘Towel’, the single was an outlier, but man does it fit here on the album. While I’m personally a big fan of the accompanying music video, this song really clicked with me after hearing it at this part of the album. The track is soft and clean, but its prime example of the growth the band has experienced sonically and lyrically. One of my top 3 from the album.

I Don’t Mind- The lead single, which also ended up on New Music Friday, is THE WLDLFE at its core. Great choice as the first song from the project that has held its weight since being released back in February of 2018.

Don’t Tell Me What I Want to Hear- One of my favorite lines from the whole album come here with “I’m not always confident, but I’m confident that I’ll figure it out”. Song provides a sense that the band as a whole really figured it out over the course of making this project.

June- An ode to a perspective lover, June cashes in on the notion of pursuing someone. Poignantly blends a lighthearted instrumental outro.

I’m Not Worried Anymore- I’m all for this last instrumental track. I strongly believe that the last track on any project should leave the audience wanting more, or if anything, at a cliff hanger for the next release. Movies do this so well, it’s nice to see the attention to detail that THE WLDLFE have here in leaving us with a track destined to strategically move into their next project/release.

Overall, in a time that’s full or one off tracks and ep’s, it’s refreshing to see a full album as cohesive as this one. A very curated and selective track list, “I’m Not Worried Anymore” is one worth throwing on without shuffle and letting it ride its course. Enjoy the album on all streaming services or catch them on their newly announced tour with Phangs this fall. THE WLDLFE are here, and they are true real ones.