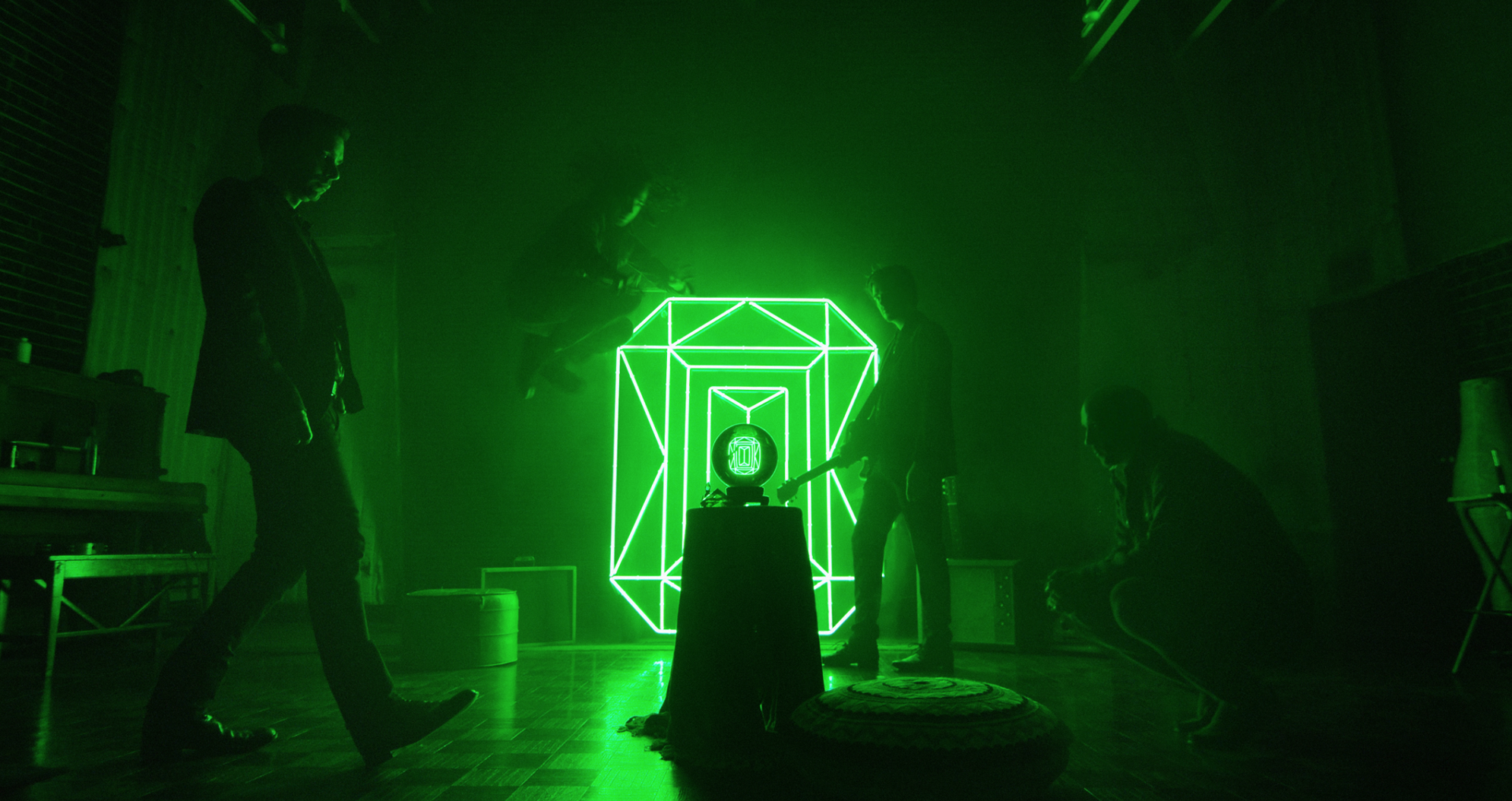 I’ve been listening to Lord Huron for a couple of years now and I honestly didn’t know if it could get much better than their 2015 album, Strange Trails.

I fell in love with the romantic yet macabre tales they spun and how atmospheric their sound was. Now, Vide Noir has come out and I feel like I’ve been on a cosmic journey across the Milky Way ever since.

From their release of the singles “Wait by the River” and “Ancient Names (Part I)”, I’ve barely been able to wait for the albums release date, and now that it’s out, I’m in love.

Just like with Strange Trails, every song on Vide Noir is steeped in so much moody detail that you feel like you're actually part of the songs themselves. Vide Noir keeps with the gothic themes of Strange Trails, this time mashed with the vast depths of the cosmos.

Exploring space, the subject of our album desperately searches for the love that left him behind. It’s the ultimate night driving/deep thinking/late night stargazing album, and it’s guaranteed to project you to a new level of astral understanding.

Starting with a slower intro, “Lost in Time and Space” recalls more of their debut album, Lonesome Dreams, with a distinctive folk sound and lonely, woeful lyrics.“Never Ever” then launches us into orbit, and with a psychedelic beat, this song really introduces us to the vibe of the album as a whole.

Next up is the two parter, “Ancient Names (Part I and II)”, two songs perfect for grooving with a killer guitar and baseline. Because of SEAMLESS editing, both songs combine to feel like a gigantic eight minute long saga, as Part I lets you tap into your witchy side with fortune telling and crystal balls, and Part II lets you really get your rock on, with head banging percussion and a perfect garage band-esque style.

“Wait by the River” was the first song I heard off Vide Noir, and it was all the evidence I needed that the album was going to be mesmerizing. If waiting forlornly by the river for your lost love isn't the most hopelessly romantic thing I’ve ever head, then I’m not sure what is.

The music video is flawless and,  perfectly captures the essence of the song and the vibe of the album as a whole. Probably my favorite, “Secret of Life” is what I imagine would play at some dimly-lit galactic dive bar, and I can’t help but want to dance like Mia Wallace everytime it comes on. It’s the most reminiscent of Strange Trails to me, with dark and foreboding lyrics (“The life I’ve lived is only dust, the darkness comes for all of us”) over foot stomping drums.

“Back from the Edge” and “Balancer’s Eye” both pay homage to the themes of coming back from the dead and gambling with fate that are seen in Strange Trails, and play again with the darker side of fate and the afterlife. With “When the Night is Over”, Lord Huron themselves describe the song far better than anyone else ever could, calling it a “groovy, rain-drenched, neon-lit, slow-burner."

I’m obsessed with the imagery and details of this song, from the “shadows shifting in the rain” to the “ocean drink[ing] the sky.” Even in the face of a more innocent song, like “Moonbeam”, the album still retains a sense of darkness and mystery, accumulating in the title track, “Vide Noir”. Sultry and dangerous, “Vide Noir” depicts the breakdown and climax of the album, with lyrics like “I’m only an nameless soul” and “my mind is destroyed”.

The final song, “Emerald Star”, is both hopelessly melancholic and stunningly beautiful. I can’t help but play it again and again, it creates a feeling that everyone can relate to and is the most perfect ending to this galactic and mystical album.

Vide Noir surpassed all my expectations, and it somehow seems to get better with each listen, it’s dark magic sure to will twirl around in your head for days. Lord Huron is continuing to grow as a band and while I loved their more folk sound, I couldn’t be more obsessed with the new direction of this album.

Turn this one up on a late night drive, or anytime you want to get a bit lost in the stories of the stars.