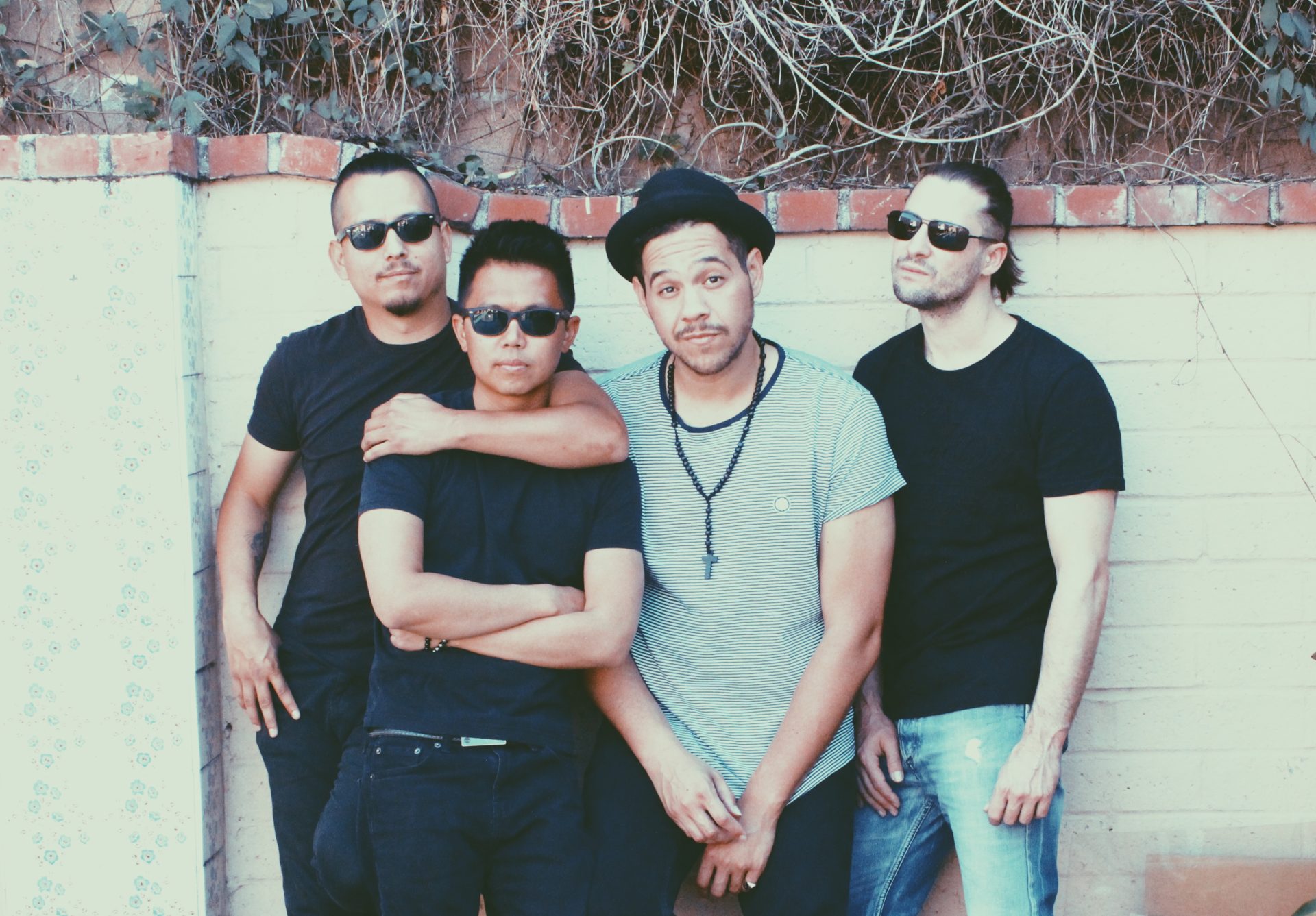 This past June, at an excessively late hour, I came across a song I had to have on my personal weekly playlist. “Talking Dirty” from LA-based band, WALLA, stuck out as a track I wanted to share. The Body Language EP released this summer and WALLA are back with a new video and single for “Into the Gray”. We catch up with Jean Marc Tardieu (Lead Vocals) and introduce you to the soulful pop act that is WALLA.

Wade: You guys have been a band for about 5 years now, how did WALLA grow into the band it is now?

JM: Well Ian (Lead Guitar), Moe (Bass Guitar), and Alessio (Drums) started out with a different configuration. There were other guys in the band before I had anything to do with it and they had a good run, but as bands go, they had a difference in approach to how things should continue. So, they had to switch up the components and find a better fir for them and that is how I got involved as lead singer and songwriter.

Wade: I have to commend the band for the positivity and soul elements of your music, where did this inspiration and background come from?

JM: Thank you! I feel like in general we are all positive people. We try our best to see the good in everything, as hard as it may seem sometimes. When it comes to soul elements that is just the way I feel music and how I express myself. I think these guys feel it as well in their own way on their instruments and I feel like that’s why the video for “Into the Gray” works so well.

Wade: Your latest EP, Body Language, released this summer. Tell us about the creative process and deciding on the tracks that made the cut.

JM: Well some actually stated as acoustic songs that I wrote at like 3am in my bedroom and others were inspired by jam sessions. Moe had some cool sounds that sparked some ideas and then we all tinkered with the parts until we were satisfied. When it came to songs that made the cut, it was more of the sound of the EP that drove the decisions. Other songs were written at the same time that will be on the next EP because it didn’t fit sonically.

Wade: The last song on the EP, “Into the Gray”, just got an acoustic release. Tell us about writing this song and what our readers need to know about it.

JM: Well one Friday night Ian and I were hanging by the pool at the WALLA house in Hollywood. He was playing this guitar riff and serendipitously it was in the same key and had the same feel that I felt when I originally wrote it. Then one by one, we each created a connection with the song. One of the hardest lessons I have had to learn was to let people go down their own path, even if it means they get hurt sometimes. They have to walk it on their own and the only thing you can do, as hard as it maybe, is just to be there for them no matter what the outcome of their choices. I had a couple friends go down paths that I would not have chosen for them, but in retrospect they needed to sort through their stuff and my role was simply to let them know they were loved unconditionally. So in essence, “Into the Gray” was my coming to terms with my roles in their lives, despite how it affected me cuz that’s what you do for the people you love.

Wade: What is it like being in LA and an Indie-Pop band? Who else are you guys digging right now we should be listening to?

JM: Well we are all from different parts of the world and I believe LA is one of the few places we can all feel at home. It’s so diverse but there’s also never a dull moment here cuz as an indie band we’re all on the grind constantly trying to survive. It’s fun living and navigating LA because it gives us good ammunition to write songs and the freedom to explore sounds within the genre. When it comes to who we’re digging Moe is always the one we go too for new stuff cuz he keeps his ear to the ground, but I know for a fact Ian (the guitarist) is still obsessed and rightfully so with Kehlani and I’m all about Portugal. The Man, Nick Hakim, Majid Jordan. I’m also still hooked on Blonde by Frank Ocean.

Wade: With 2018 fastly approaching, what can we look forward to from Walla in the early months of the New Year?

JM: Definitely, some new music cuz we are in and out of sessions working on stuff, figuring out the vibe of this EP sonically and esthetically. So far, it’s coming together nicely and we are really excited for where we are heading cuz we really enjoy how it’s shaping up.

Wade: What is one of the biggest lessons you have learned about playing live?

JM: That listening is far more important than anyone realizes. It’s such an art and that’s why the great entertainers will always have a place in history cuz the good ones make it look effortless but it’s really such a balance between losing yourself in the song and the moment but also still listening to everyone and making sure the vibe is cohesive. In addition, that having fun is also necessary for a good show.

Wade: What is a tour “must-have” for you food, music, and entertainment wise?

JM: I think we are still at the stage where we’re just grateful for any opportunity we get to go on tour so we haven’t gone through the rigid rider phase. We are always happy once we get something satisfying to eat and drink and to get paid to play and see new places. We do always ask for water and Gatorade specifically and I need a place to plug in my steamer haha and maybe some tea if I’m being super picky.

Wade: Here at The New Nine we represent the fangirls and the impact they have on the music industry. Who would you say that you personally “fangirl” over?

JM: So funny story, I randomly ran into Sara Bareilles at Hotel Cafe the other day and I’m not ashamed to say I basically cried! I am such a fan I literally ran out of words and Tanja Utunen, who co-wrote most of the songs on the Body Language EP with us, told me she had never seen me fangirl so hard to the point of tears. I also hardcore belong to the Beyhive cuz I would also collapse if I got to meet Beyoncé, and also Adele or Paul McCartney or even Celine Dion.