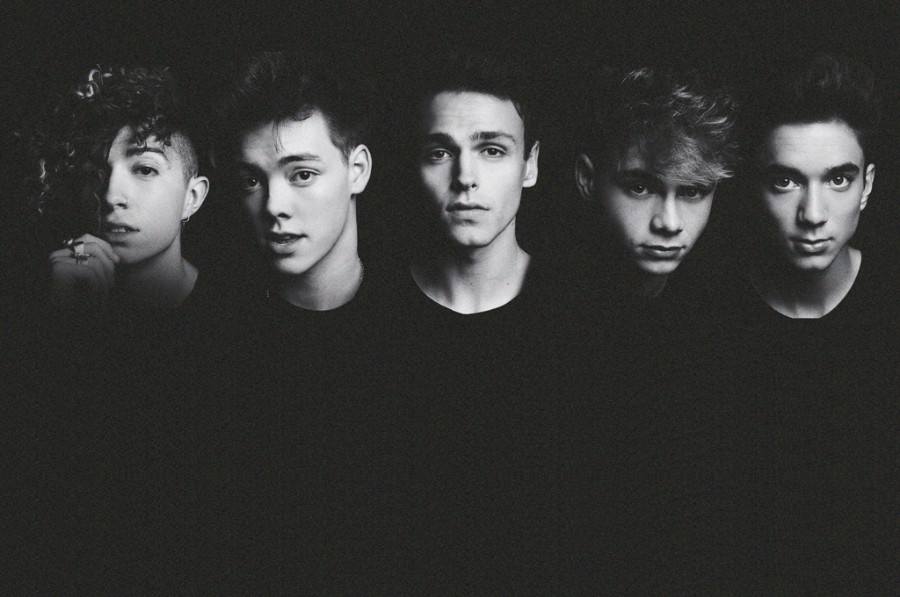 Our boys Why Don’t We finally dropped their debut album 8 LETTERS today and we could not be more excited.

The boys have skyrocketed to crazy popularity selling out shows all over the world. Their song "Talk" went to #1 on iTunes’ Overall Songs chart ahead of artists including Drake, was greeted with an array of online love, with MTV TRL raving, “this song has all the love and catchiness I love in a boy band song.” “Why Don’t We released another single of their upcoming album,” declared Hollywood Life, and there’s only one word to describe how fans (including us!) are feeling about it: SHOOKETH.”

"Hooked" was produced by Jacob Manson (Craig David, Rudimental Feat. Ed Sheeran) – was equally applauded, including an unadulterated rave in TIME, which wrote, “Why Don’t We continue to churn out the undeniable earworms…. The five boys have a knack for putting out songs that hit that perfect teen pop sweet spot: stuck in your head on the first listen, easy to sing along with and peppered with some smart production flourishes. It’s musical escapism that’s especially apt for a summer fling, no matter your age.”

Why Don’t We are embarking on their highly-anticipated tour of Asia including stops in Thailand, Singapore, South Korea, Japan, China, Taiwan, and the Philippines. October will then see Why Don’t We crossing the Atlantic for their biggest European tour thus far, with stops scheduled for Spain, France, Ireland, the Netherlands, Germany, and the United Kingdom, culminating in an October 25th finale at London’s famed Eventim Apollo Hammersmith.

Hopefully that means we'll see them on another North American tour. Go to whydontwemusic.com to stay updated.