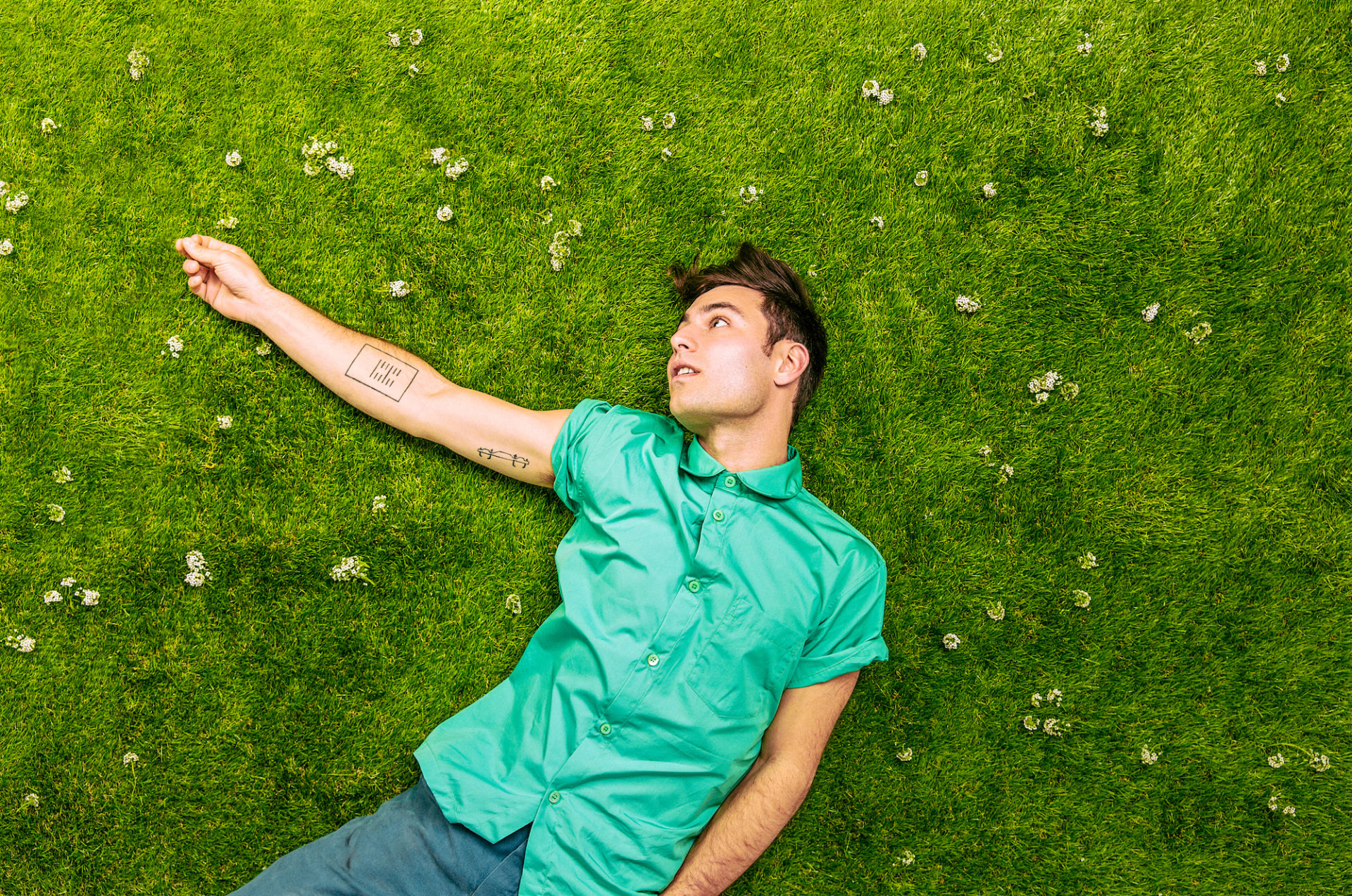 Yoke Lore is the brainchild of Adrian Galvin. The vibe is dreamy soundscapes, with driving drums and a touch of a banjo. We caught up with Adrian after a slew of shows during SXSW.

Adrian was singing before he could talk. He says, “I was born into an artistic family, a lot of performers and artists in my lineage. I gravitated towards it. My whole family is in theater so that was the way music was introduced to me, through musical theater. I got more attached to the music part and fell out of the theater part. I used to get super nervous for auditions.

He still gets nervous though, that hasn’t gone away and for some people going on stage would be a nightmare. He fights through it. He tells me about a particular show during SX.

He says, “I was playing a show and some stuff happened and it makes me super nervous when things don’t go right. There’s no choice in some of those situations except to try to take control and remain positive.There’s this quote about how life isn’t about not falling its about learning to get up fast. So just learn to be resilient and keep getting up faster.”

Adrian’s music career took off when he met Nick Patriccia in an a cappella group. They started Walk The Moon but Nick wanted to go back to college. A move that would confuse a lot of people. The band was taking off and getting more successful but he knew what he had to do. He says, “I have no choice but to follow my instincts. It’s a pain in the ass to be true to yourself and if I wasn’t I wouldn’t have been happy.”

His music is very different now, and he feels like it’s more true to his vibe. He explains, “It’s almost by limitation it’s authentic. I only know how to play a couple of instruments. I play the drums, I can sing, I can play a little banjo and piano. That’s what I have. It wasn’t a decision, it was just how can I make this work.”

That academic background really shines through in his writing. His song “Tom Roberts” was inspired by a line from a book and as soon as he read it he knew it was part of a song. “It hit me like a ton of bricks,” he says. “The songs come to me in different ways, sometimes right before I go to sleep and something pops into my head and I have to get up and record it.”